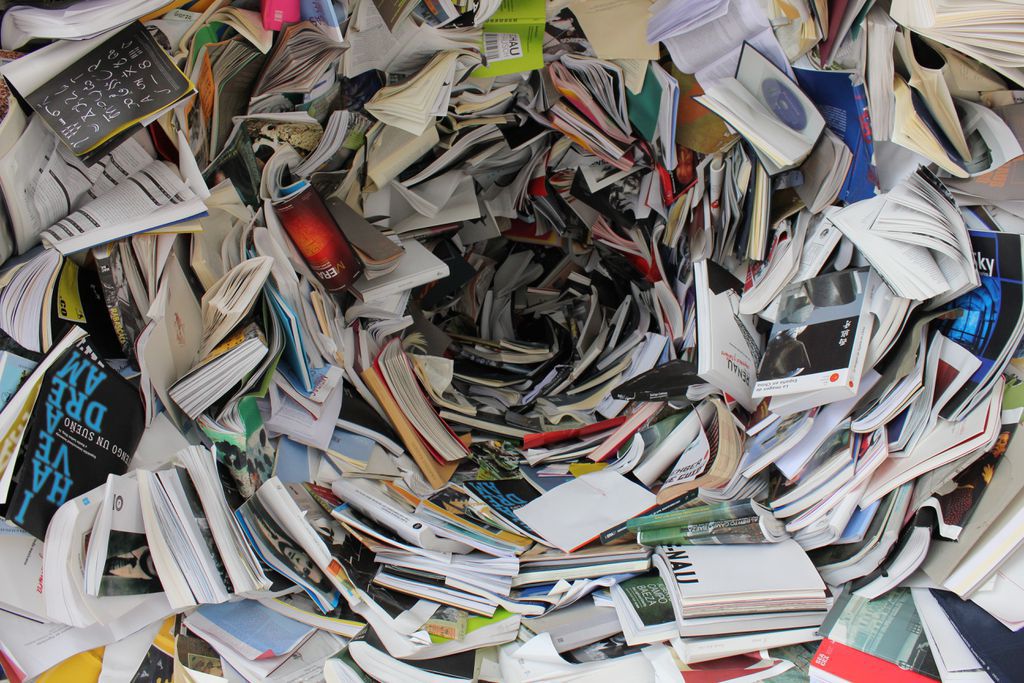 My to-be-read list (TBR) is an utter disaster. It is piling up in multiple different places, and even different media—my ereader, Audible, Goodreads, my Barnes & Noble wish list. Worst of all, my bedside table.

Within these piles are resting multiple books that are open—marking the page I put them down at, fully intending to continue, thank you. But then A Thing occurred and somehow I lost my way, and then when I managed to return to reading again, got sidetracked by something else.

I fully intend to come back to them. I really do. But these mid-read books have sat there for weeks, some of them months, some of them are even holding up my TBW (to-be-watched) list, as I refuse to watch The Handmaid’s Tale without reading it in full first. It has been so long since I read the first third I will probably do best to start over completely at this point.

And so the issue compounds itself.

It gets worse, too. A couple of the books sitting in this awful multiplying pile are on loan from friends. Or at least, former friends. Because they have literally sat in this pile for months.

I did warn them. They insisted. They didn’t believe me.

I have tried to break past this. In fact just a couple weeks ago, I picked up a title from the top of the stack, read a few pages, thought it was lovely…and then got obsessed with something else entirely.

So how the hell did this happen? I know all us book lovers tend to have extensive lists of books to read, but this is different from my normal TBR.

Truth is, I overdid it last year quite severely. I VERY BADLY OVERCOMMITTED.

And then on top of that, some very serious wild card events happened that I never cold have foreseen.

My brain eventually gave out on me (as did my body). I lost my ability to focus on a book, and it hurt.

I’m still battling some of the side effects.

What I did not lose was my eagerness to read as a concept—in the future tense—all the books.

And so they accumulated.

I don’t know what to do about it. So I end up doing…nothing.

I read what I am on, until something else happens. Over the summer, I stagnated in the midst of at least four books, while flying through new, non-TBR audiobooks, and then dub myself in a hole by committing to reading several more in a series in preparation for an author interview. So the issue compounded yet again.

My best solution so far is to ignore it.

So ignore it I do. I go about my business, picking up new books with Audible credits, at the National Book Festival signings, at indie book stores I explore in distant cities, and I ignore the continually growing pile next to my bed, which will likely someday collapse on top of my in my sleep and I will die literally drowned in my own book accumulation.

I’ve come to terms with it, and I’ve decided I’m okay with it. As far as I can tell it is the only way this madness will ever end.

Want to accelerate your madness? Book Riot has our very own book recommendation service, TBR: Tailored Book Recommendations. Think StitchFix, but for books.