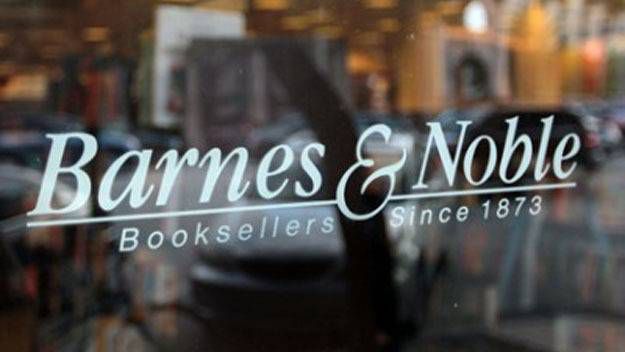 I sometimes fantasize about moving to another city. Ideally that city would be inexpensive, but with the all the amenities of a big city. Right now a ridiculously expensive one-bedroom apartment is home. Despite the rent, I absolutely love the area where I live. With the exception of affordability, my neighborhood has most of what I want or need and most of it is in walking distance. Grocery stores, movie theaters, restaurants, and even my church are mere blocks away. There is a substantial amount of green space suitable  for walking, running, or just relaxing. Best of all, there are multiple bookstores nearby. Or at least, there were.

When I first moved to town in 2006 there were five bookstores in my neighborhood. Barnes & Noble and Border’s each occupied large pieces of real estate. Three independent bookstores took up less real estate but left big marks on the neighborhood. One of the independents sold comic books while another focused on politics and history. The third had more books about art than a museum store. It was an embarrassment of riches really, but of course that didn’t last. Eleven years later and only two of those five bookstores are left – the comic bookstore and the Barnes & Noble. By the end of the year it will only be one as the Barnes & Noble is closing.

Interesting though it was, the political bookstore’s inventory was too narrow for my reading needs. I barely noticed when it closed. Losing Borders upset me mostly because of what it seemed to portend for bookstores as a whole. Losing the art bookstore was a shock. I could always find interesting and unique stuff there, books I hadn’t seen anywhere else. It was a great store and I was sorry to see it go. Finding out about the impending closure of my local Barnes & Noble has been the biggest blow of them all. I can’t say I am totally surprised. Barnes & Noble has been struggling for years. Two other of the chain’s stores in the next city over closed a few years ago. Still, I’m crushed.

Places with books have always been my happy place, my sanctuary. In times of stress simply walking a bookstore brightens my day. The city I grew up in had several new and used bookstores. They were like a second homes, I spent so much time in them. In high school I took two buses across town to get to school. There was a bookstore in between the stop where I got off one bus and the stop where I caught the second bus. If I had a stressful day at school, perusing the shelves of the bookstore on the way home nearly always made the day better. I’ve lived in many different cities since high school and in each one I sought out a nearby bookstore to call my part-time home.

The first time I saw a Barnes & Noble bookstore was in Boston in the ’90s. It was the biggest bookstore I had ever seen. It had multiple floors. Comfortable chairs provided a somewhere to sit and think about which books to purchase. It totally blew me away. It was overwhelming in the best possible way. I literally wrote a letter home to my parents about it. Incidentally I also love libraries and have several favorite independent bookstores, but with its size, selection, and late hours, Barnes & Noble quickly became and remained one of favorite book places. Bonus if it is one that sold coffee on the premises, like my soon-to-disappear local store.

I don’t just walk around bookstores and browse till my stress levels have receded and my mood has lifted. Barnes & Nobles is where I do a significant amount of my gift shopping. (I’m the type of aunt who gives books at Christmas.) Except for comics, it is where I buy most of my own books. It is important me that to have a bookstore in my neighborhood. Talking about the value of bookstores isn’t enough, I know. So I made a point of supporting my neighborhood store with my dollars. Apparently it wasn’t enough.

Around the same time that I found out that Barnes & Noble was closing I learned that a new bookstore had recently opened. It isn’t too far away from the present location of Barnes & Noble and sells primarily used books. It also sells cute bookish items like book themed washi tape (a current obsession of mine) and journals. This new store is the bright spot amidst the news of the Barnes & Noble closure. It won’t replace Barnes & Noble. It’s small and doesn’t stay open that late. But thank goodness it exists.

I wonder how the closure of Barnes & Noble will change my book discovery and reading habits. Podcasts, the bookternet, and book reviews provide a plethora of book recommendations. Nevertheless one of my favorite ways to find something new to read is to walk up and down a bookstore’s aisles and see what catches my eye. I read the note cards employees leave recommending books. I check out the new releases shelves, the bargain books, and the themed tables spread throughout the store. When I shop online it is usually for something specific. When I walk into a store, I may have something specific in mind but inevitably something else catches my attention. Serendipity will now place a much smaller role in my reading life.