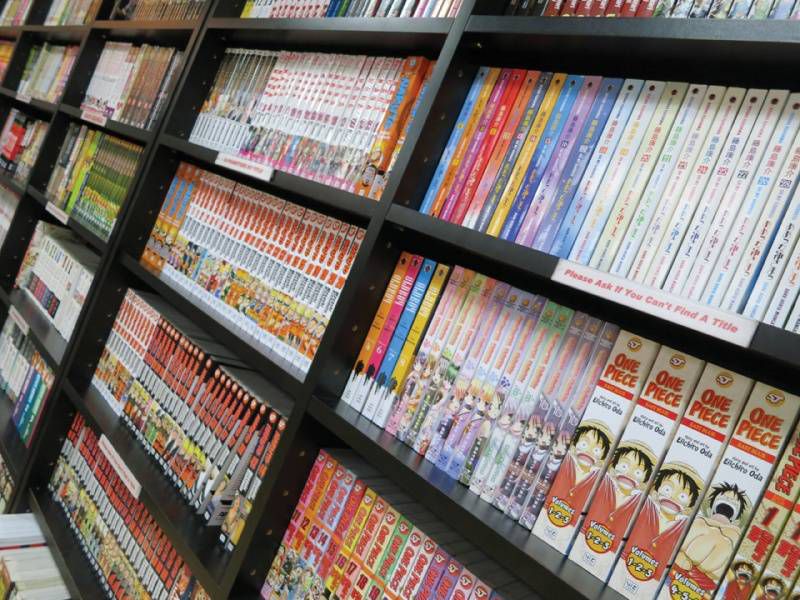 I can’t remember the last time I picked up a manga. Truly, it must be years at this point, which is strange because my collection of physical volumes used to be in the hundreds. There still might be some wayward copies lurking in my parents’ shed back home, tucked away between tools and Christmas decorations.

Thinking about manga and the series I loved gives me such nostalgia. I read them mostly during my high school years and I remember that each volume was $9.99 at my local Barnes & Noble. I would measure things in manga, like if I received $50 for my birthday, that meant I could go and buy around five volumes. And I often would.

My favorite trope was the “reverse harem” plot line, which consisted of a female protagonist and lots of male characters. Often, there’s a romance sub plot. There was Fruits Basket, a light fantasy manga where the male characters represent animals of the zodiac. There was The Wallflower, that had a campy horror vibe with a heroine who loved all things macabre and the model dudes who struggled to understand her. My personal favorite was Ouran High School Host Club, an over the top manga with a heroine attending a prestigious school on a scholarship. Seriously, read it if you need a pick me up.

Gradually, as I got older and moved out, I moved from buying physical copies to reading online, given that my living space was limited. I was a college kid with a budget. I couldn’t be spending my spare cash on $10 books, unfortunately. The site I used to use for manga reading would let you compile reading lists and wish lists. You’d get notifications when new volumes would come out. It was amazing and I checked it daily. Once I finished a series or was caught up, I’d look at other manga the writer or the artist as worked on. (I’m very picky about art style, so if I find one that I like, I will gobble up everything the artist has done.)

But by nature of college and getting busy, moving, grad school, you know the drill, I stopped reading and stopped staying current. By the time I returned to the my manga-reading site, it was gone. That meant my lists were gone too. I never thought to write things down or have some sort of back up plan. I can’t remember half the titles I had been reading, given that most of them had titles that were in another language, rather than an English translation. To this day, I can only remember plot details of varying series and maybe one started with an O or maybe a K. It’s frustrating.

And since that loss, it’s left me a little dejected and defeated. I don’t want to begin the search for new manga again because I’m not sure I want to go down that rabbit hole again, the trial and error of finding something I’ll enjoy. But there’s definitely a siren’s song because I remember how warm and fuzzy manga used to make me, those goofy, cheek-aching grins when something romantic happened or the mental fist pump I’d give when a heroine was being a badass.

It also makes me a little sad that my manga reading – my manga years – occupies a very distinctive chunk of time in my life, like a little time capsule. And it seems silly to war with myself on whether to read or not to read. But I’m hesitant in dipping my toe back into that water, for one reason or another. I’m not sure if it’s out of laziness of trying to find something that appeals to my interests now or being rather overwhelmed with what’s out there and not knowing where to start.

I know I like shoujo-style plot lines, but I’m older now, and wouldn’t mind something with more adult content. Plus, I want something current, rather than decades old because odds are, I’ve been there and read that. But where do I even begin? Maybe my manga years aren’t over, but just ready for a part two. A continuation with a second volume, if you will.