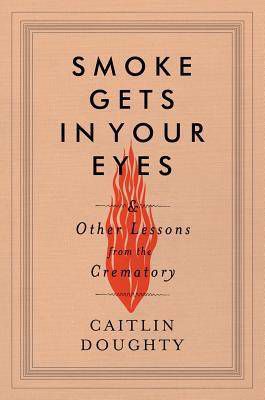 Confession time: When I was in the 8th grade, my parents chaperoned my sister, then in the 5th grade, on a week-long marine biology field trip for school. As I was only about 13 at the time, they let me stay with one of my best grade school friends, Matt, and so for a week I was enveloped in another life. Dinner with Matt’s family, walking home after school with Matt. And, then Matt’s after school ritual, which I could have anticipated, but was about as foreign to me as it would have been to discover that he sacrificed chickens.

It was a little thing called Days of Our Lives.

Matt watched Days of Our Lives (“Days,” as the shorthand went) because his mom watched it. And, look, Matt was a cool guy. He had a BB gun and one of those tabletop air hockey games. He had already had girlfriends. So… by that iron-clad logic, watching “Days” was… cool.

Well, OK, I don’t know if was cool, but here’s what it was: freaking addictive.

One week. That’s all it took. One week.

And then, returned to my home, I just had to continue. At first I watched it like I was hiding pornography — rushing upstairs and hunkering down over the 13-inch black-and-white TV with the door closed so my sister wouldn’t know what I was doing. Eventually, I was found out, but it worked out — and I moved to the coveted after school slot on the larger color TV downstairs.

I’ve lost you, haven’t I? Wait, let me change that up a minute:

I had to know:

Would Storm get her powers back?

And… would Colossus and Shadowcat ever just get together al-damn-ready?

I stopped watching “Days” a few years later. I kept reading X-men comics a bit longer. But soon the soapy void was replaced by the debut of Twin Peaks. For all its weirdness, Twin Peaks had a lot of soap opera at its core, and I love the marriage of both aspects.

Years later, when I was developing my own audio drama about a spooky small town full of liars and cheaters, I was not only thinking about the obvious influence of Twin Peaks, I was thinking of Uncanny X-men. I was thinking of “Days.”

I now realize just how successful and powerful that formula was. I’ve heard that Jim Shooter wanted Marvel writers to watch soap operas because of the similarities. And it’s true; in that era comics were most often open-ended serials, and to make long-term serialization work, you have to understand that: a) every issue is someone’s first, and b) the best way to keep readers was to weave together multiple plots so that something is always happening. There’s an art to bringing plot A to a landing, just as Plot B ramps up, even as we start to see the first few hints of Plot C, waiting in the wings.

The first part of the above advice led to comics with a bit of overbearing narration. Read any of those X-men stories in trade collections, and you’ll be inundated with repetitive character introductions.

But the latter part of that advice is something that died off a bit when serialized comics began to focus on the eventual trade collection. Concrete 6-part story arcs were the name of the game. And we got some great stories out of that, but I’m beginning to see a shift back to open-ended serialization — perhaps bolstered by digital reading — and I’m happy to see it returning in some ways.

I don’t read anything that quite captures the soap opera of the late ’80s Uncanny X-men, but there are a few examples that reclaim a bit of it:

Revival (Image Comics): Tim Seeley and Mike Norton’s “rural noir” reminds me a bit of Twin Peaks in its format… a weird mystery that touches all of the residents. It feels, at least to me, fairly open-ended, and as such we get to see the interplay of the various characters in the small Wisconsin town, from sisters and exes to fathers and strange old neighbors. I couldn’t get a grasp on the series at first, but then I realized that I kind of loved that I couldn’t get a grasp on it. It defies expectations as the ensemble characters weave back and forth through a multi-faceted plot.

Uncanny X-men and All-New X-men (Marvel): It seems fitting to include the modern-day X-men titles in this piece, but I do think this choice has merit. Brian Michael Bendis and his artistic collaborators (Chris Bachalo and Stuart Immonen, among others) seem to have eschewed the “trade paperback” length for more of an ongoing serial that deals with everything from larger plots to small day-to-day interactions between several groups of X-men, from adult Cyclops’ “new recruits” to the time-lost classic teen X-men, who show no signs of going home, and instead continue to explore their lack of status quo.

Saga (Image Comics): This one’s an easy pick for the romance and even the marital difficulties, but I think the tendency wouldn’t be to link it to soap operas because the plot mostly revolves around the relationship of the two leads. That said, Brian K. Vaughan and Fiona Staples have, at times, moved the camera away from Alana and Marko to show other relationships and other plot lines that weave in and out of the main plot. And for that… I get a little taste of that old “Days” magic.

Superior Spider-man (Marvel): I recently got to wrap up a read of the entire run of Dan Slott’s Superior Spider-man, a long form story told over 30+ issues, with artistic collaborators like Humberto Ramos, Giuseppe Camuncoli, and Ryan Stegman. Again, like Saga, it might not seem like a soap opera because the plot all focuses around Otto Octavius in Peter Parker’s body, but I like the ongoing fluidity of the storytelling, and we do get to see the reactions and interactions of other cast members. In fact, the entire “Goblin Nation” storyline gets a long slow build to crescendo, much like a classic soap opera plot.