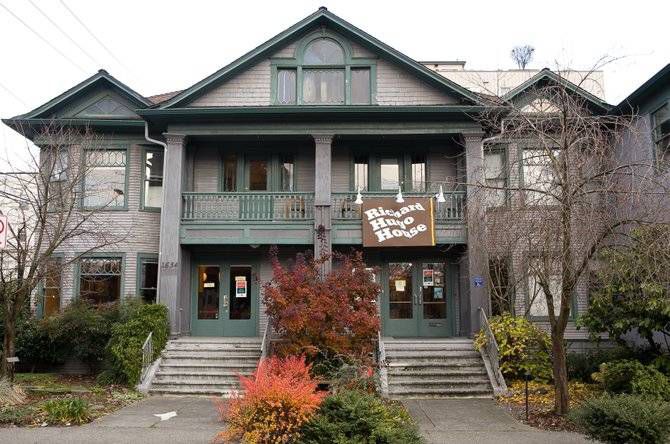 Wolverine is one of Marvel’s most popular and enduring comic book superheroes, the centerpiece of all but one of the X-Men films, and a merchandising juggernaut. And there is nothing I love more than making fun of him – and reading comics that do the same.

At one point during my career as an assistant editor at Marvel, I was working on four different Wolverine solo titles — Wolverine, Wolverine: Max, Savage Wolverine, and the digital Wolverine “Infinite” comic. This wasn’t counting Top Chef Chris Cosentino’s Wolverine one-shot issue, or all the team books I worked on that featured Wolverine (or an alternate universe version) in the main cast (Astonishing X-Men, X-Treme X-Men, Age of Apocalypse) or as a guest star (literally every other comic I worked on). For months of my life, I lived and breathed Wolverine. I think I’m still coughing up hairballs.

Despite all of that, I never really got tired of Wolverine. But I did find myself craving more jokes like the one I just made, about the hairballs.

It’s not that Logan can’t be an interesting character when used seriously. He can be incredibly compelling. His long lifespan allows for storytelling in a variety of historical periods and settings, and his solo adventures can echo samurai films or cowboy pulps, crime fiction or spy novels. He’s a fantastic supporting character, and I love his fatherly relationships with young superheroines, his love/hate buddy cop dynamic with Cyclops, even his doomed love for Jean Grey. But when you’ve got as much Wolverine in comics as I described above, something needs to break up the Fifty Shades of Snikt. And that something is humor at Wolverine’s expense.

My first encounter with Wolverine mockery came from Joss Whedon’s Astonishing X-Men arc, “Torn.” While the rest of the X-Men have been psychically manipulated by Emma Frost to battle more serious personal demons, Wolverine is just reverted mentally to his childhood self. “I’m the best there is at what I do,” Logan says, delivering the first half of his famous catchphrase, “and what I do… is so very pretty!” He brandishes a chain of paper dolls he’s created, and both the reader and Hisako, his most recent teen protégé, realize what’s happened with a mix of amusement and horror. The parade of mockery continues: “The moose has my scent! O!” Logan cries, as he runs away from the distinctly un-moose-like Beast and clings to the safety of a shaking tree branch. He then delivers a prayer that begs to be reproduced in full:

From Astonishing X-Men #16. Art by John Cassaday and Laura Martin.

I didn’t even know, the first time I read this comic, that Whedon was playing with the back story established in Origin, about Logan’s childhood as a pampered and sickly child from a wealthy Canadian family in the late 1800s. I just knew that the normally butch and brooding Wolverine was making paper dolls and hiding in trees, and that contrast was enough to reduce me to giggles. It also helped that Wolverine himself is incredibly hard to embarrass — because he wasn’t upset about his humiliation, I wasn’t, either.

Wolverine’s childhood has been used for a similar cavalcade of jokes in other comics, including a Power Pack comic where the team of preteen superheroes meets a young Logan while time traveling. Then there are the jokes about his height, or hygiene, or hairiness. Most often, however, Wolverine comedy comes from his platonic relationships with younger women. Though these relationships are often very sweet and earnestly written, you also have the moments where, say, Molly from Runaways punches him through a wall, or Jubilee makes him take her to the mall, or Psylocke transports him into the middle of a flock of sheep on the astral plane, or Kamala Khan tells him all about her Wolverine fanfiction. Fred Van Lente’s Wolverine: First Class, one of my all-time favorite comics, functioned primarily as a vehicle for a young Kitty Pryde to repeatedly get the better of her mentor – or force him to do things like host slumber parties or drive her to Dazzler concerts. Logan’s reactions to these situations range from minor crankiness to reluctant cuddliness, but the humor always shines through.

It’s true that Wolverine is no more inherently ridiculous than any other superhero. (Reading the Wikipedia page for any character you’ve never heard of leads to a feeling of incredulity and the uncomfortable realization that your favorites probably induce the same feeling in the uninitiated.) The extent to which Wolverine is taken so seriously as a dark, brooding character, however, can stretch the limits of a reader’s patience, especially when you take his ubiquity into account. Sometimes, when you’ve read ten blood-soaked Wolverine comics in a row, you have to remind yourself that he’s a sickly 19th century Canadian child turned 5’3” weasel-themed samurai in spandex. It’s the same way I imagine fans who are more DC-inclined feel about Batman. When you’ve got a character who is that hardcore and grim, whose entire character concept relies on the premise that they’ll be beaten to a pulp and have their lives destroyed with depressing regularity, a break from the grittiness is a welcome change. There’s a reason the Punisher once met Archie.

Plus, comics that make fun of Wolverine often avoid the greatest sin of his solo comics: killing off women to make him sadder, madder, or just plain Wolverinier. Logan’s back story is a breadcrumb trail of dead women tied together by the thinnest gossamer strands of personal agency. While Logan has been victimized himself plenty of times (the Weapon X story of how he got his Adamantium skeleton being the most famous example), he’s always been able to escape, rise above, or even turn to his advantage, the manipulations of his body and mind. So there’s something incredibly satisfying about the inversion of the gendered power dynamics and the subbing in of gentle humiliation for psychologically-scarring torture. The mockery of Wolverine, often at the hands of a spunky teenage girl, is a respite, if only for a short time, from the unrelenting parade of grimness and tired sexist tropes.

When all is said and done, I love Wolverine. I just love him a lot more when he’s inexplicably lying on a giant teddy bear – or acting like one.