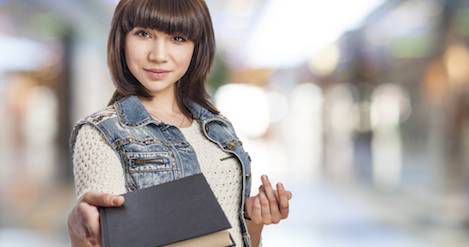 This is a guest post from Molly Wetta. Molly is a feminist Gemini vegetarian librarian. Anyone who says you can’t make a living buying books and hanging out on Tumblr is a liar, because her job is selecting teen literature, graphic novels, and media as well as serving as a leader on the social media team for a public library in a liberal Midwestern college town. She blogs at wrappedupinbooks.org. Follow her on Twitter @molly_wetta.

I’ve always been an avid lender of books. Even before I was a librarian, I liked sharing books I loved with friends and family, especially if I thought they’d enjoy them.

The thing about lending books, though, is sometimes they don’t come back.

Which is fine, really. I’ve sent dozens, maybe hundreds, of books into the world that have never found their way back to me. Only a few times have I regretted the loss of these books. These are their stories.

Though I spent most of my time reading nonfiction, there were several novels that blew my mind in high school: books like Brave New World, Slaughterhouse Five, A Clockwork Orange, and 1984.

I had battered paperbacks of all of them, mostly purchased from a used book store or the three for $20 table at Barnes and Noble. They weren’t special for any other reasons than they were the books that made me a reader, the first novels outside of assigned reading that had resonated with me. In college, after I’d given up competing on my own, I coached high school debate, and ended up lending copies of all my favorite novels to a young debater I mentored through complicated politics, disadvantages, and unrequited crushes. I was much more eager to introduce him to modern classics of literature than dating advice, and he read them all.

It was a few years before I realized I never got any of those books back, and it seemed petty to ask for them back.

Of course, when I moved in with my partner, he brought copies of all of these onto our shared bookshelves. They have different covers and don’t have my annotations or dog-eared corners. Though countless other paperbacks have passed in and out of my life in the intervening years, the loss of those books that made that shaped my early reading still registers as a loss ten years later.

When I was an undergraduate, I landed a coveted job that paid a living wage at the local Birkenstock store. I was excellent at selling the comfortable, sensible shoes. I even received thank you cards from customers in the mail.

One of my favorite parts of the job was putting together window displays (a skill I would use in my first library job, too). One such display had a back-to-school theme, and I had brought in some of my favorite books to complement an assortment of other scholarly props. One was Lenin’s Tomb: The Last Days of the Soviet Empire by David Remnick, which I read for a class on Russian politics. Years later, I still think about a quote from Mikhail Gorbachev: “While I am breathing, I am hoping.”

After the display came down, I ended up lending the book to a co-worker. Six months later, I was let go from the job, along with the other clean-cut college kid they’d hired at the same time, with no explanation, the week before finals and holiday break. It was a shock, and one that I luckily bounced right back from. A week later, I came to a stoplight next to my former co-worker who had borrowed Lenin’s Tomb, who motioned for me to roll down my window and then shouted that she had quit in solidarity with us.

I never got that book back, though, but that Gorbachev quote I had underlined sustained me through changing my focus in international relations from Russia to Latin America, and stays with me after abandoning a career in academia for one in libraries.

Though I could easily purchase another copy or borrow one from the library, it wouldn’t be the same one I’d underlined and annotated during that class and wouldn’t recall moments I spent highlighting passages while distracted by the cute guy I dated sophomore year or the time I hauled it along on a bus trip to Philadelphia yet ended up abandoning my studies to read zines with a friend.

It’s inexplicable, really, how attached I am to books that I’ve lost. I remember falling in love with Whitney Otto’s A Collection of Beauties at the Height of Their Popularity when I rediscovered fiction after my first round of grad school, and being so incredibly inspired by the structure and the format and the voice. I lent it to my best friend who lost it while vacationing in Hawaii and had only to say about it that she didn’t really connect with any of the characters and after all, nothing was really happening. (Recommending books to friends can be a challenge, but that’s the subject for another post). Even though she didn’t like it, it’s a book that shaped my own writing and my own approach to fiction and women’s stories, and it’s sadly out of print.

I buy books for a living, but I also weed them, discarding damaged and worn copies and giving new lives to others by removing them from the library’s circulating collection and sending them off to a Friends of the Library sale. I’m actually quite ruthless and unsentimental about the process.

Yet perhaps because they are gone forever, my favorites of the books I’ve lost linger in my mind, filling space in my imaginary ideal shelf of books that were borrowed and never returned.