Not too long ago, with a new, shiny, recently gifted iPod in hand, I went out in search of LGBTQ book podcasts and … was surprised how hard it was to find anything. I had faithfully listened to the sadly now defunct Queer Books Please, which was amazing, and I was looking for something that had followed in its footsteps. Unfortunately, it doesn’t seem like there are currently any LGBTQ book podcasts from a reader’s perspective. Anyone want to step up and fill that gap? I’m tempted to. I did, however, manage to find a few podcasts that aren’t strictly focused on LGBTQ books, but have enough queer bookish content that you’ll want to check them out. Here are my favourites: 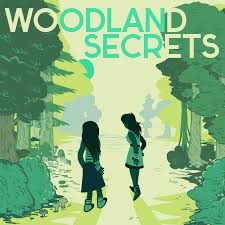 This podcast is hosted by merritt k. and produced by Nic Bravo, and it essentially captures awesome conversations between her and her queer and/or trans writer/artist/poet/game developer/comic etc. friends. It’s like eavesdropping on smart, funny, down to earth people talking about LGBTQ art, writing, politics, and a bunch of other random stuff. I love that their website says: “Our guests are primarily women, people of colour, and queers, and we like it that way.” Some of my favourite queer book-related episodes are merritt’s conversation with fellow trans woman writer Imogen Binnie on the staying power of her novel Nevada, Canadian writer/musician/artist Vivek Shraya on how poetry is seen as the “country music” of literature, and Morgan M Page, another Canadian writer, on looking at trans history as juicy gossip.

This podcast is hosted by Lynette McFadzen, and is, you guessed it, a “podcast for the bisexual+ community.” Fun fact: every episode opens with Margaret Cho welcoming you and this cute little jingle saying “you put the B in LGBT.” If you’re only interested in bookish content, you can just keep a look-out for the episodes labelled “Bi Books,” which are usually interviews with writers and publishers. Some authors who’ve been featured are Daisy Hernández, who wrote the beautiful memoir A Cup of Water Under My Bed; H. Sharif Williams who edited the book Recognize: The Voices of Bisexual Men; and the editors of Bi Any Other Name, Lani Ka’ahumanu and Loraine Hutchins. I especially liked the episode where Lynette talked to AM Leibowitz about their book Anthem, which features two bisexual main characters and involves a queer love song accidentally becoming a Christian radio hit. 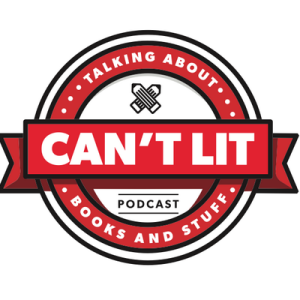 This podcast is hosted by Daniel Zomparelli and Dina Del Bucchi out of Vancouver. (To clarify for non-Canadian readers, the name is a clever pun on the term Can(adian) Lit.) Like Woodland Secrets, Can’t Lit consists of conversations between writers rather than strict interviews and Daniel and Dina are two very funny people who aren’t afraid to be a little crass. All it all, it makes for a really entertaining podcast. Zomparelli is a queer writer/poet, so that comes up in conversations of course, and a few of his and Dina’s especially exciting guests are also queer. They’ve talked to Amber Dawn about queer fantasy, fandom, and OTPs; Billeh Nickerson about his “cheecky sweet” book of poems Artificial Cherry; and (slam) poet / musician Jillian Christmas about writing love songs about dessert, admiring brave women reading large print erotica on public transit, and the difference between slam poetry and spoken word. Look out for an upcoming episode with Vivek Shraya!

This podcast is hosted by Joamette Gil and Zoey Hogan, who are both women cartoonists. They have a super infectious, unabashedly nerdy passion for comics and also both have really cute laughs that you get to hear a lot throughout the episodes because they’re always having fun. If you’re not a hard-core comics nerd, you might not know that “gutter” in the name of the podcast is a reference to that white space between the panels in comics, so that’s where that comes from. Everything they’ve ever talked about I’m either obsessed with or fascinated by, including (queer) witches in movies, comics, and fiction; women and non-binary POC comic artists community; favourite comics/manga villians; Sailor Moon; the good, bad, and the ugly about comics conventions; (queer) romance in comics; women manga readers; and magical girl narratives.

We Want the Airwaves

This podcast is hosted and produced by Nia King, who you might know as the author of Queer and Trans Authors of Color: Stories of Some of Our Lives. I think the idea of this podcast is so cool: it’s Nia seeking “advice from other political queer artists, trans artists, and artists of color who seem to have figured out how to make art and make rent without compromising their values.” She has talked to some really amazing LGBTQ+ writers with diverse backgrounds, like Ryka Aoki, Achy Obejas, Leah Lakshmi Piepzna-Samarasinha, and Amir Rabiyah to name just a few. What do they talk about? Stuff like: how great it is to work with publishers run by trans people, the challenges and benefits of getting an MFA, finding a publisher that is a good fit for your work, racial diversity in Latin America and its literature, and writing complex survivor stories that complicate typical abuse narratives.