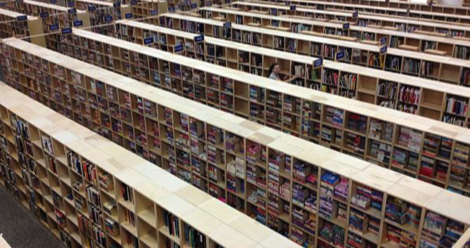 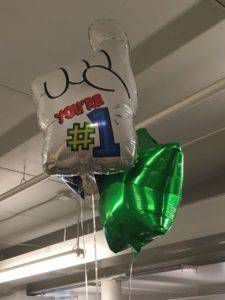 After 10 years of working at the same bookstore—Mckay’s Used Books in Nashville, TN—my managers presented me with three balloons and a cupcake. (Cupcake already eaten at time of picture.)

Like many anniversaries, the day snuck up on me. I knew it was in August, but didn’t remember the exact date. And really the only reason I remembered it was coming up at all was because managers and coworkers kept reminding me. They actually presented me with the balloons a week late, because I’d asked for the day of my actual anniversary off, without realizing it. Thankfully, a bookstore is not a partner!

A lot’s happened in those 10 years, both for me and the bookstore. The bookstore started with maybe two dozen employees, and now has more than 60. We buy in about 10,000 items a day (not all of those are books). Five years ago we moved into a brand new, much nicer store, and it took about a week to shelve all those books before the grand re-opening.

Can you find me preparing for the re-opening? 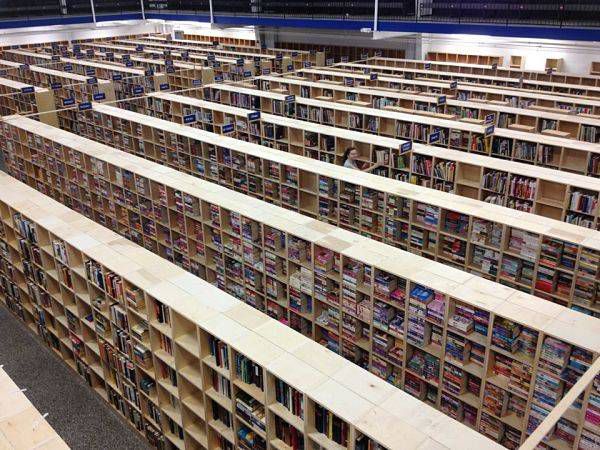 I started working at Mckay’s straight out of college. My previous jobs were part-time and lasted at most three months—a cashier at Dollar General, nannying for a summer, a brief stint as an RA. As an English major, having your first full-time job be at a bookstore seems perfect. I was so excited when I got the call I was hired. The bookstore had yet to open, so I trained and helped shelve all those books on all those new bookshelves before it opened about a month after I was hired (the bookstore celebrates its 10 year anniversary September 16th).

Now it’s been a decade. Is it just me, or does a lot happen in that decade after graduating college? And the bookstore will always be a backdrop to those events, even if it isn’t directly related to any of them. Here are just a few things that have happened in that decade: 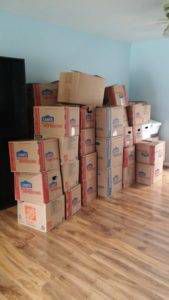 Here are all the boxes of books I (or rather, the movers we hired) moved when we bought our house. The best thing about working at a bookstore may very well be the discount. I went from having one bookshelf to 10! And I love gazing at all those books. My favorites discovered at Mckay’s have to be six special, illustrated Folio editions of Andrew Lang’s Rainbow Fairy Books, and a signed Robert Frost.

There have been a lot of surprises for me working in a bookstore. Pretty much everything on this list, but also the bugs. I was not expecting so many bugs. Part of my job entails buying in books from large orders, which are giant carts that can hold hundreds of books. Often customers bring in books from their garages, attics, and basements expecting to hit it rich. But other things than books live in garages, attics, and basements, and those come along with the books. I wear gloves. The customers who bring in their bug friends do not hit it rich.

I’ve also seen customers bring in lamps, power tools, clothes, and other random household items. Which are not books. I assume they know this. I have brought home some of these oddities, such as 2 suitcases, one red and one purple. I did wait a week or so to see if anyone picked them up (I found them in the store on separate occasions), and when no one did, I took them home—the red one for me and later the purple one for my parents. Why would people leave their empty suitcases at a bookstore?

(Want to hear a gross story? A lady pooped in the floor, twice. Not in the bathroom. Maybe that’s too gross to share. Oops, too late. The managers kicked her out. This is the grossest story I have from working in a bookstore, though not the only gross story.)

But mostly, good things come from working in a bookstore, though it’s hard work. Some of my favorite moments have been recommending books to customers who end up loving the books, though this happens far less than I’d imagined. Maybe twice a year? Most customers don’t ask for recommendations (which surprised me at first!). It happened more often when I shelved Young Adult and Middle Grade. But it’s always a great feeling!

But the best part of working at a bookstore is hanging out with my fellow bookish employees. We’re all weird, nerdy people. It’s nice when you have an obsession like reading to have people you can actually talk to about it. While working. And don’t daydream when you’re expounding on the intricacies of character development and plot.

I don’t know what the next decade holds, particularly with my first little one on the way, but I do know that the book fairies have blessed me with this job. And with enough books to last me a lifetime.

Oh, and this happened. But I’m not allowed to talk about it. 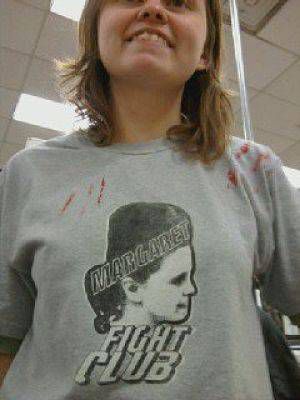