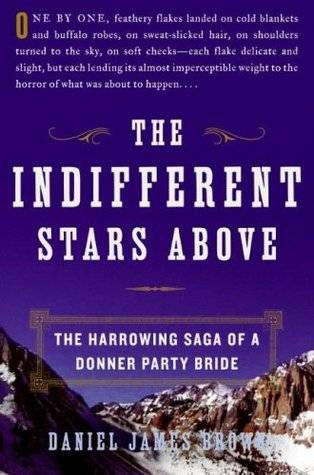 It’s a name. A word. A brand. It’s pop culture and Na-Na- Na-Na Na-Na- Na-Na Batman. It’s half a dozen movies, a few animated shows, and billions of dollars in the bank. Away from the franchise, Batman is also a modern myth. A story and a character that, as with Robin Hood and Hercules, is transcendent. From the minds of Bob Kane and Bill Finger to all of us, into the cultural collective. Lawyers and accountants might argue otherwise, but Batman is owned by all of us.

“Some days you just can’t get rid of a bomb.”

There is no one single story that can be called definitive for the character. We each have our own version. If you ask a fan for the best Batman story, you’ll hear mentions of The Dark Knight Returns, or Batman: Year One. Maybe some will throw in The Killing Joke. More than one of my friends has identified A Death In The Family. Newer fans might point to some of the recent tales by Scott Snyder and Greg Capullo.

Close your eyes. Take a second to picture Batman in your mind. What is the first image that pops in there? Maybe it’s Adam West or Christian Bale? Maybe it’s Neal Adams or Bruce Timm? You might hear the voice of Kevin Conroy, or remember the dialogue of Frank Miller.

When I close my eyes, I see the artwork of Norm Breyfogle. The perfect Batman.

Breyfogle had been around in the industry for three or four years by the time he was paired with British writer Alan Grant (and initially John Wagner, Judge Dredd’s co-creator) on Detective Comics. Almost thirty years after they joined forces, the work they did together still remains my template for how a Batman run should be done.

Purist fans will often cite Detective Comics as the real home for Batman. This is mostly down to this being title that the character first appeared in, back in 1939. The reason why ‘Tec has always been my Batman go-to book, though, is purely because it was the title Grant and Breyfogle were on, at the time I was starting to read and collect comics.

Broadly speaking there are two different ways to approach drawing Batman. You can choose to go ultra realistic, and portray a man in a suit, or you can go mythic, and portray Batman as a creature of mood and shadow. This follows through into the writing, too. Batman can be a pulp hero, or a troubled avenger. He can be heroic or dark. He can be the star of socially-driven crime stories, or battling larger-then-life villains.

Breyfogle and Grant managed to find a way to combine all of these things into one era, and into one definitive take on the character. Breyfogle’s art had the lines and the realism of Mazzucchelli, but added in an edge of expressionism, and the inky shadows that evoked more than a little Will Eisner. There was a touch of European cartooning to it, too, which created a sense of movement in the panels. Breyfogle’s characters could act, we always knew what they were feeling. This was pulp fiction, in all the best ways.

Yup. This is realism. Total realism.

Grant’s writing took us in many different directions. We saw the introduction of “only in Gotham,” style villains, like Scarface, and of hard-edged serial killers, like Victor Zsasz. There were modern horror stories, like The Corrosive Man, and urban oddities like The Ratcatcher.

Looking back, I can see something else that drew me to the run in my formative years. I’m drawn to social fiction. More than anything else, I’m drawn to social pulp fiction, work that manages to be entertaining and dramatic while slipping in challenging issues. Grant and Breyfogle didn’t just give us a version of Batman, they gave us a version of Gotham, with a cast of regular characters. We spent time with a small group of homeless people drinking around a fire, we got to hear the thoughts of a radio DJ, we saw poverty and greed and pollution.  The most effective form of argument in in subtext, and Alan Grant made some great arguments.

The stories themselves -not just in Detective Comics, but also in Batman and Shadow of The Bat as the team progressed- were largely self contained. Dark and pulpy tales of crime, urban horror and heroism, packaged into 22 pages each month. Even now, this is what I want from Batman. I shy away from epic story lines or huge events. Just give me what Grant & Breyfogle did. It was perfect Batman. Their work has been collected into trade paperback form in the past, but those editions are currently out of print and tricky to track down. If you read digitally, you can fine them in Detective Comics 583-594, 601-621, Batman 455-466, 470-476 and Shadow Of The Bat 1-5. And if (hint) DC Comics wanted (hint) to release a collected edition (hint) of their work, They’d find at least one customer ready and waiting (hint hint.)