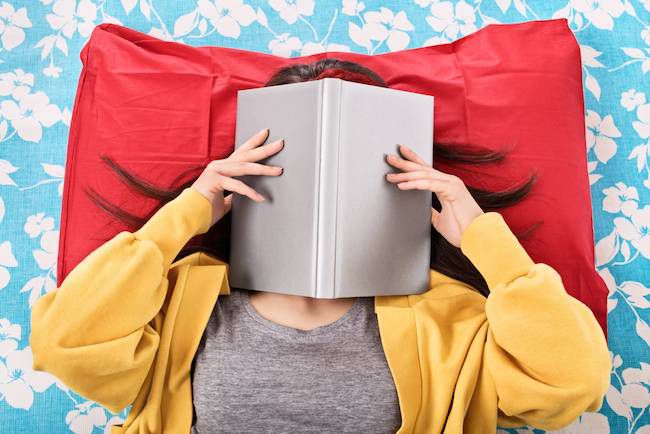 Six years ago, I had a genius idea (I would find out shortly thereafter that it was a “genius” idea that everyone and their second cousin twice removed had already had…Moving on). I loved Gilmore Girls. I loved books. What was a great way to combine my two passions into something that would net me riches and worldwide fame? A chance with Idris Elba?

I could blog about my experience reading all of the books referenced in all (then) seven seasons of Amy Sherman-Palladino’s Gilmore Girls. Blogging was still a thing back then. People were still bothering to read traditional book reviews outside of Goodreads and Amazon. I couldn’t go wrong.

I started off strong and found myself whipping through so many of the great literary references uttered by Rory, Lorelai, or any of the beloved Stars Hollow townies. Now, I won’t lie. I hit a few roadblocks (namely Don Quixote). But for the most part, it was painless. I even somehow managed to get through all of War and Peace in 12 days, a feat that even made me impressed with me. 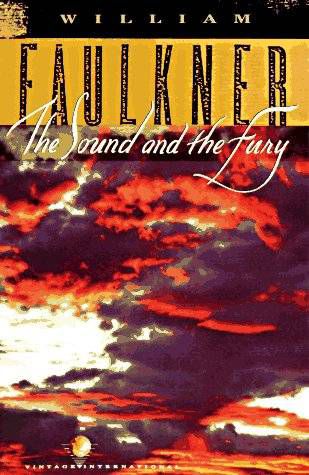 So, while I wasn’t looking forward to hitting that moment in season 2 where Rory packs a copy of William Faulkner’s The Sound and the Fury into her yellow backpack, I figured I’d power through it and move on.

I have a history with The Sound and the Fury. I have a distinct memory of loathing this book in my AP English class…the only book in my educational career that I remember feeling this way about. So, I wasn’t excited to crack it open, but I never thought it’d end up being the slog it became.

I read the first line, “Through the fence, between the curling flower spaces, I could see them hitting,” in early February 2016.

And didn’t read “The broken flower drooped over Ben’s fist and his eyes were empty and blue and serene again as cornice and facade flowed smoothly once more from left to right, post to tree, window and doorway and signboard each in its ordered place” until October 20, 2017.

Approximately one year and 9 months.

I read that final line about the broken flower curled tight in Ben’s hand while sitting in a hot tub (my Kindle “safe” in a Ziploc bag), drinking a mojito aboard a Caribbean cruise. It was the only pleasant moment I had in this experience…and I’m not sure if I can chalk it up to the accomplishment or to the magical elixir of mint, lime, rum, and soothing jets on my back.

Normally, I am a proud DNFer. Life is too short, there are too many books. Therefore, I refuse to give my energy to a book that is not engaging my imagination, piquing my curiosity, or teaching me something new about the world. But reading for a challenge is a different animal altogether. If I had given up the moment I hit a book I didn’t enjoy, my challenge would’ve died a quiet, unassuming death while tilting at windmills during book #24. I never would’ve thrown back a sidecar at the bar of the Algonquin, while Dorothy Parker blessed me with her pithy bon mots. I never would’ve spied into the knot of a tree to see what treats were left for Scout and Jem. I never would’ve eavesdropped on George and Martha hosting the world’s most awkward dinner party. I would’ve missed so much.

However, like with my completion of Ulysses, there was no feeling of euphoria in that moment when 21 months of actively avoiding a book (and judging side-eyes from my husband) finally came to a close. There wasn’t even a sense of relief.

But I’m so glad I can finally move on from The Sound and the Fury.