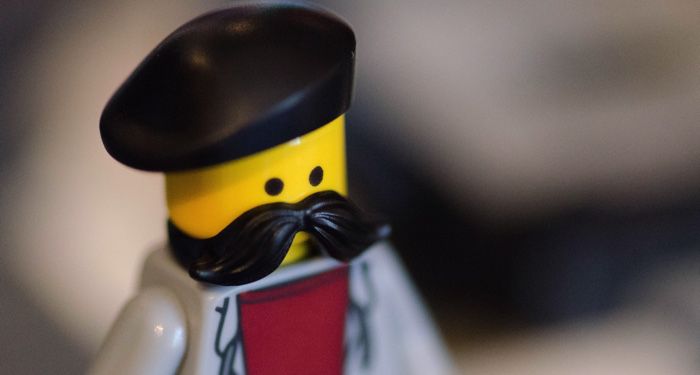 Movember means that you’re gonna see a lot more hairy men — at least between their lip and nose this November. Men are encouraged to grow out their mustaches — if they’re not already Tom Selleck — for awareness: “Our work in mental health and suicide prevention, prostate cancer and testicular cancer has never been more important — and we’ve never needed you more.“

It started in a bar and was all fun and games in the early 2000s when Travis Garone and Luke Slattery decided to bring back the no-longer-trendy mustache. When they realized that getting people to grow a mustache created conversation, they decided it could be used for a good cause. So they decided to use it to raise money for Prostate Cancer Foundation of Australia (PCFA) and they’ve never stopped since.

What started in Australia has now gone worldwide with a slew of countries joining in and lots of projects supported and funded to help men and boys mental health and well-being. And there’s ways you can join in and help — obviously, with the whole grow a mustache to raise funds, but there are a other ways too for anyone who isn’t a man or doesn’t identify with traditional views of masculinity to participate — but the site does wrongly still have a ton of gender binary language that leaves out transgender and nonbinary people. For those who want to participate there is Move for Movember; Host a Mo-ment; Mo Your Own Way. And if you need some mustache inspiration I’ve got you covered on some of my favorite mustaches on book covers. I mean, of course I was also going to make this bookish! 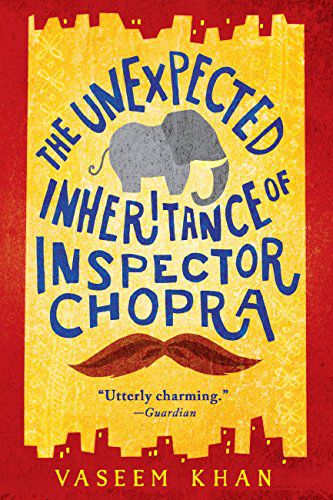 There’s a baby elephant AND a mustache on this cover so of course I was going to start with it. It seems appropriate that a book about a detective has a mustache so nailed that trope but toss in a cutie patootie wittle elephant left in an inheritance and things just got amazing.

The Mustache by Emmanuel Carrère

Okay, so this is the opposite of Movember and more the beginning of December when a lot of mustaches get shaved off but come on look at that cover. It should be hanging on a wall. Also, here for the El bigote (Spanish edition) cover. 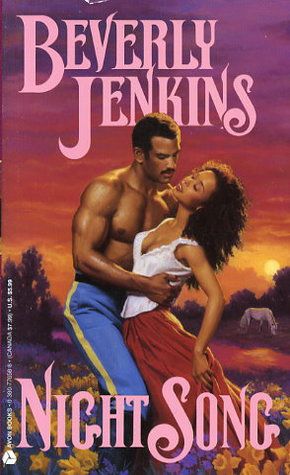 The covers of Beverly Jenkins’s Night Song tell the story of How It Started/How It’s Going but in reverse: The first published cover had a very nice muscly, shirtless man with — importantly for this post — a full mustache, as seen here. The current cover seems to have found another muscly man but one that is a fan of a razor. 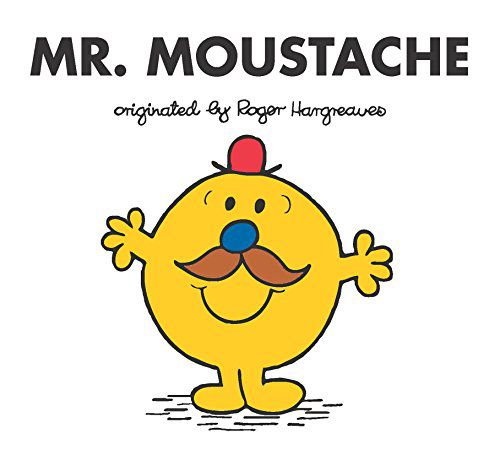 For nostalgia’s sake I had to include a book from the Mr. Men and Little Miss series. This book was added to the series by Roger Hargreaves’ son in collaboration with Movember. A little gentlemen gets his mustache shaved off and turns very rude indeed until it begins to grow back. Gotta say: if the power of kindness is in the ‘stache, I’m gonna start super glueing some fuzz on some people’s upper lips, I tell ya. 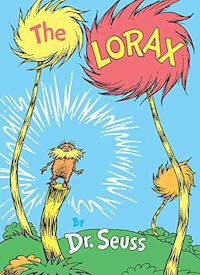 Speaking of nostalgia! I can’t leave out the furriest little mustache. It seems particularly fitting for a campaign aimed at raising awareness to include a book not only with a great mustache on the cover but that was created to bring awareness to human’s destruction of nature. 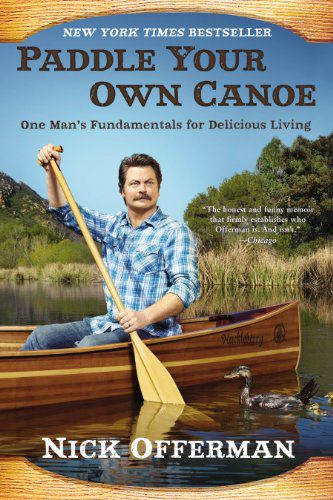 Paddle Your Own Canoe: One Man’s Fundamentals for Delicious Living by Nick Offerman

Tom Selleck walked so that Nick Offerman could run. Or something? Anyhoo, there was no way I was going to forget a dude known for his mustache who put that mustache on a book cover. Leslie Knope would never allow it! 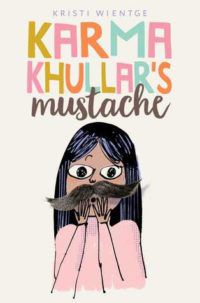 And I’m going to end with two of my favorite mustaches on book covers that are on ladies. I absolutely adore the graphics on this cover and for anyone who society deems not supposed to have a mustache who had one growing up, this books sees you! 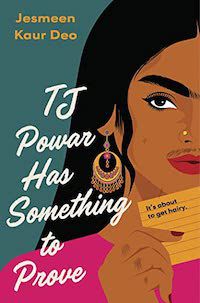 TJ Powar Has Something to Prove by Jesmeen Kaur Deo (2022, Viking Books for Young Readers)

Not much has changed for the fuzzy upper lip of a girl from middle school to high school. Here we have a romcom and TJ Powar, who puts down all depilatory items and decides to prove she can be beautiful while her hairy self.

Whether you’re joining in with Movember or looking for a more gender and LGBTQ+ inclusive organization helping to inform on cancer care, do take the time to look into and talk to friends and family about mental health, prostate, and testicular check-ups to know warning signs.