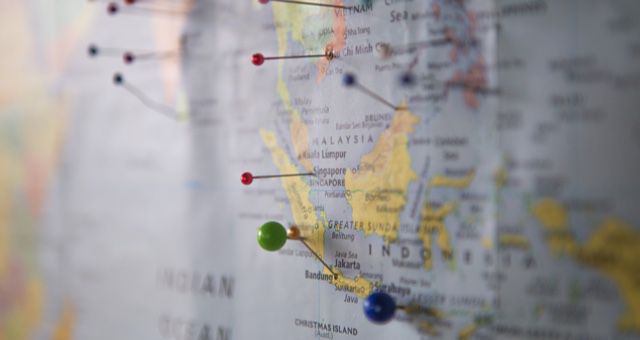 Critical Linking, a daily roundup of the most interesting bookish links from around the web is sponsored by Blind Date with a Book–enter to win!

“As it turns out, UNESCO has a designation for cities that contribute to the literary pantheon in some way. It’s part of a wider Creative Cities Network, which also includes other creative fields like Crafts and Folk Art, Design, Film, Gastronomy, Media Arts, and Music. Started in 2004, the criteria for a city of literature include things like the quality, quantity, and diversity of publishing in a city; the quality and quantity of educational programs that focus on literature; the extent to which literature, drama, and/or poetry play a significant role in the city; whether literary events and festivals are hosted there; the number of libraries, bookstores, and cultural centers; and media’s involvement in promoting literature.

In other words, Québec City turned out to be a must-visit for readers, and it’s not alone. Here’s more about Québec City—and six other UNESCO Cities of Literature bursting with bookish appeal.”

Has your bookish heart been to any of these cities?

“Callie Martinez-Silva didn’t mean to turn her best friend into a pop star. But when a simple
pep talk leads to miraculous results, Callie learns she’s the newest muse of epic poetry, one of
the nine muses of Greek mythology, tasked with protecting humanity’s fate in secret.”

“Surely will publish a mix of fiction and nonfiction graphic novels highlighting activism in the queer community, as well as achievements and struggles. The first books scheduled for release in spring 2021 are a biography of novelist Patricia Highsmith, written by Moonstruck scribe Grace Ellis; a biography of Revolutionary War hero Baron von Steuben, written by Josh Trujillo and illustrated by Levi Hastings; and a fiction story by cartoonist Terry Blas and artist Claudia Aguirre about friends who make a surprising discovery one summer.”

NEW IMPRINT! They had me at Mariko Tamaki!