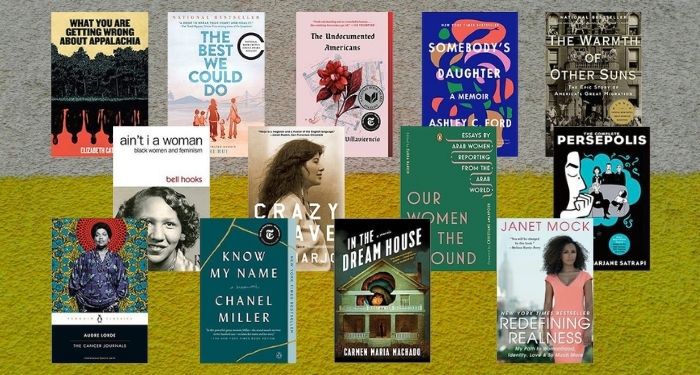 Women’s History Month marks weeks of highlights of women making scientific discoveries, standing up for their communities, and creating incredible works of art. But while Women’s History Month keeps growing in popularity, many women still grow up never seeing themselves in the books they read or the films they watch.

In the literary world, women have traditionally been forced to stay back, sit down, and be quiet. As Virginia Woolf famously said, “I would venture to guess that Anon, who wrote so many poems without signing them, was often a woman.” But women have just as much right to tell their stories — full of universals and valuable insights for people of all genders — as anyone else.

Thankfully, the tides have turned and now women have more opportunities to share their life experiences, academic research, and journalistic investigations with the world. More nonfiction books by women are being published today than ever before, so it’s no wonder that readers new to nonfiction may not even know where to start.

Memoirs give readers a great way to ease into nonfiction. Or maybe you’re more of a creative nonfiction type. Whether you’re looking for great nonfiction books by women for yourself or for others, here are 20 must-read books for your TBRs! 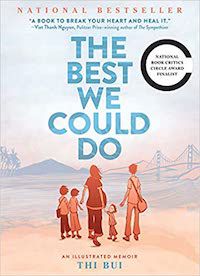 In her graphic memoir, Thi Bui describes her family’s experience fleeing Vietnam at the end of the war, their adjustment to life in America, and Bui’s life today. The illustrations communicate so much depth of emotion, equally as vital as the text. All together, The Best We Could Do proves a powerful story. 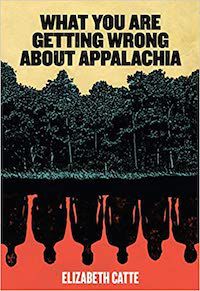 What You Are Getting Wrong About Appalachia by Elizabeth Catte

When J.D. Vance published Hillbilly Elegy and proceeded to speak for a region he’s never lived in, Appalachian Studies scholar Elizabeth Catte pushed back with What You Are Getting Wrong About Appalachia, pointing out the issues with Vance’s text. Plus, the back of the book is filled with further resources of Appalachian writers, filmmakers, and other artists. 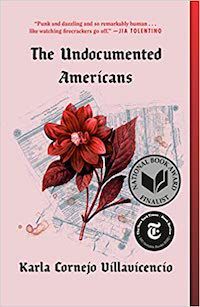 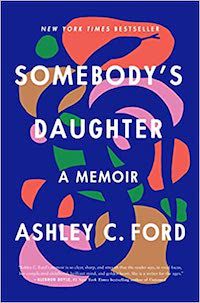 In this incredible memoir, Ashley C. Ford writes about her life growing up with her father in prison and her mother trying to make things work on her own. Ford’s writing creates this incredibly intimate space, making readers feel as if Ford is sitting across from them and sharing her story. 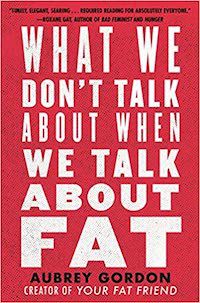 In our image focused society, anti-fatness runs rampant in the clothing we buy, the media we watch, and the toys we give our children. Aubrey Gordan takes a hard look at the origins of anti-fatness and the large-scale repercussions of leaving anti-fatness largely unaddressed. 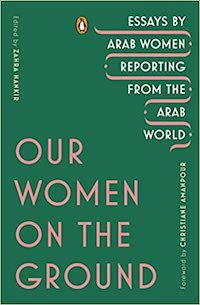 Our Women on the Ground: Essays by Arab WOmen Reporting From the Arab World Edited by Zahra Hankir

Arab and Middle Eastern sahafiyat (women journalists) have documented the culture and politics of the region, risking their own freedom and lives to do so. Each essay explores a different woman’s perspective in her work. Some of the essays are translated from their original Arabic by Mariam Antar. 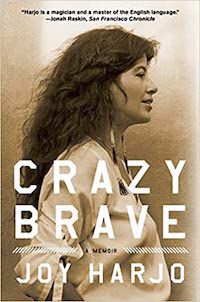 America’s Poet Laureate, Joy Harjo, shares the story of her early childhood and coming-of-age in her memoir Crazy Brave. On the audiobook edition, Harjo both narrates and sings during her performance, creating a truly unique listening experience. 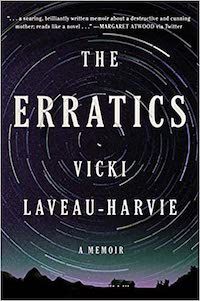 The Erratics: A Memoir by Vicki Laveau-Harvie

In a world that devalues women as they age, Vickie Laveau-Harvie proves, once again, that women at any age can create and put great art out into the world. Her debut book, The Erratics, came out when she was in her early seventies and went on to win Australia’s Stella Prize. The memoir focuses around Laveau-Harvie’s experience caring for her ailing parents. After her mother falls, she flies from Australia back home to Canada to arrange for her care. But as she returns to her parents’ house, a lot of difficult truths come to light. 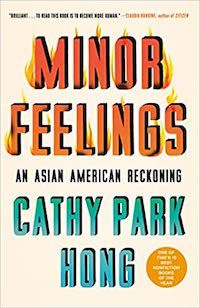 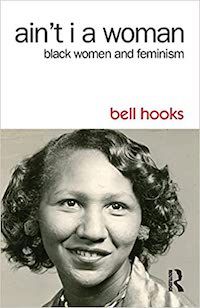 Ain’t I a Woman: Black Women and Feminism by bell hooks

In this classic of feminist literature, bell hooks examines the essence of Black womanhood and the role that sexism has played on Black women throughout history. This cornerstone of feminist thought changed the landscape of the feminist movement. 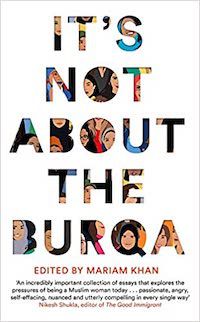 It’s Not About the Burqa: Muslim Women on Faith, Feminism, Sexuality and Race Edited by Mariam Khan

After seeing yet another news broadcast describe Muslim women as “submissive,” Mariam Khan decided to bring together Muslim woman from around the world to share their experiences. These writers discuss sexuality, divorce, faith, modesty, and so much more. Each essay is its own unique gem. 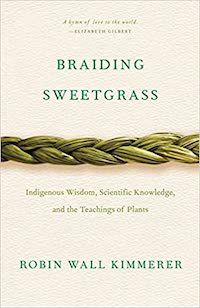 In this modern classic, Robin Wall Kimmerer discusses her life-long love of plants, as both a scientist and as an Indigenous (Potawatomi) woman. Each chapter focuses around a single idea but always returning to a human’s place as part of nature. 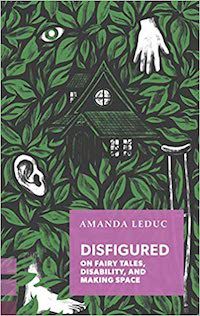 In a world full of scarred Disney villains and disfigured evil witches, it’s no surprise that disabled or disfigured people struggle to see themselves positively represented in the media they see. Amanda Leduc’s Disfigured examines the history of bodily differences in the stories society has told and retold through its fairy tales. 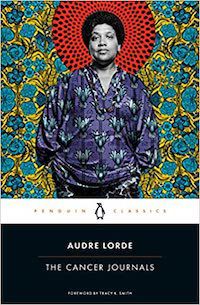 The Cancer Journals by Audre Lorde

While most readers might be more familiar with Lorde’s collection Sister Outsider, The Cancer Journals is equally as powerful. She writes about her experience with breast cancer, the ups and downs of illness, and how society pressures women who have had a mastectomy to conform to societal standards around women’s bodies and to wear a prosthetic. 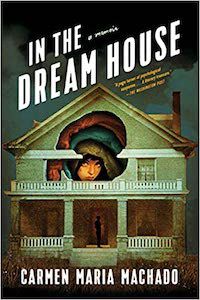 In this experimental memoir, Carmen Maria Machado describes a time in her life when she was verbally and emotionally abused by her girlfriend. Gaslighting and manipulation entangled her, making her feel that her fairytale ending had turned into a nightmare. As she slowly makes her escape from her partner, she explores different aspects of their relationship, each chapter written in a new style or genre. 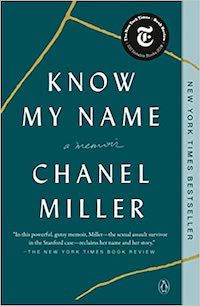 After her anonymous victim statement went viral, most of the world knew Miller just as “Emily Doe.” Know My Name gives readers a name to go with that powerful voice: Chanel Miller. Her memoir describes her experience as a sexual assault survivor navigating the American court system when everything is set up to favor the man who assaulted her. 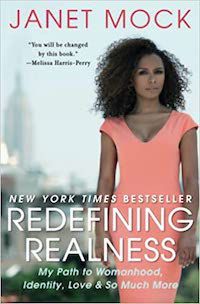 Redefining Realness: My Path to Womanhood, Identity, Love, and So Much More by Janet Mock

In her memoir, Janet Mock describes her experiences as a multiracial trans woman growing up in Hawai’i. She challenges cisgender assumptions of what her life should be and pursues a life that represents her true self. 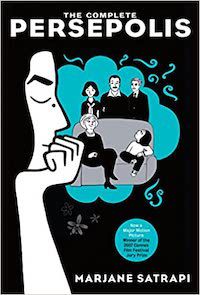 Satrapi grew up in Tehran during the Islamic Revolution. Her graphic memoir tells the story of an academic non-religious family in the face of a new regime. Satrapi goes to Paris to further her education, but eventually she goes home to try to live in a completely changed Iran. 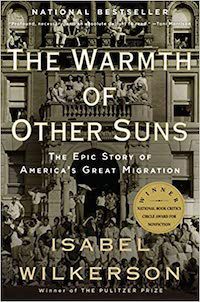 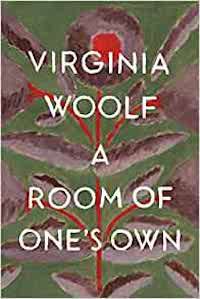 A Room of One’s Own by Virginia Woolf

In this early classic of feminist thought, Woolf argues that women need independence — a room of one’s own — to create art. Women have a right to education and a way to make a living outside of their connection to men. And her prose is just phenomenal.

Women are writing some of the best nonfiction out there. So if you’re looking for great memoirs, history books, or long-form journalism, there’s always a great book out there just waiting for you. All you have to do is pick it up.