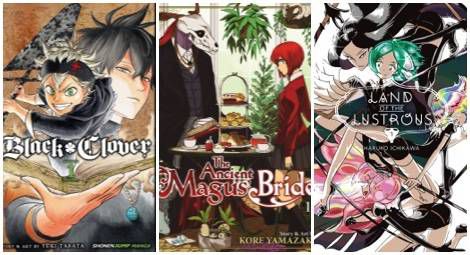 You’re probably asking yourself, “What? Didn’t fall start in September? Why a must-read manga for fall 2017 list now?”

But see, here’s the thing. The fall anime season begins in October. By now, eager fans have had ample opportunity to try out new series and make the decision to keep watching them or drop them. There’s only so much time in the day, after all.

Here’s another thing I know. Some fans are completionists. Some fans can’t wait for next week’s episode and need to find out what happens right now. And some fans want to continue a series after it’s ended. Since most anime are created as vehicles to drive sales of merchandise and, more importantly in Japan, of the original source manga, some of these new series have more material for fans to read.

Given those facts, I thought a list of must-read manga for fall 2017 based on new anime series (and not follow-ups or sequels to existing series, though) that are available in English would be a handy resource. 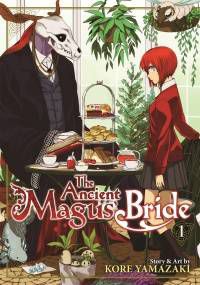 Japanese comic books certainly love their stories of isolated teenagers who can see the normally unseen world of the supernatural, and The Ancient Magus’ Bride is no exception. Due to her ability to see the invisible world of spirits and faeries, orphan Chise has been passed from one relative to another, each of whom cannot cope with her “creepiness.” Tired of being unwanted, Chise chooses to sell herself as a slave in the hopes of finding a home where she’s wanted, no matter the reason. The person who buys her? The Thorn Mage, an inhuman man named Elias Ainsworth who makes her his apprentice…and future bride. 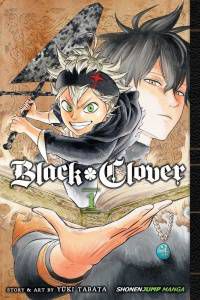 Imagine living in the world of Harry Potter, where magic is real and where everyone can use it. Now imagine being born a squib—or rather, someone who cannot use it. That’s the plight of Asta in Black Clover. It doesn’t stop him from dreaming of becoming the Wizard King, though. (Hey, it’s a Shonen Jump title. Seemingly ill-suited boys who wish to become something grandiose and out of their reach is their brand.) 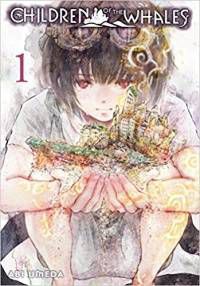 Children of the Whales by Abi Umeda

The inhabitants of a floating island all have the ability to use magic. Unfortunately, this same ability shortens their lifespans, cursing them with an early death. While Chakuro and the island’s other denizens have encountered other islands, they’ve never met another human. Then one day, Chakuro meets a girl. I’m cheating a little bit because this manga isn’t out yet; it hits shelves on November 21. 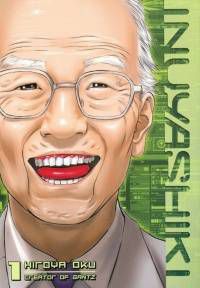 Fans of Gantz will probably recognize Oku’s name. His follow-up manga is another science fiction tale, this time about two very different people who gain mysterious abilities after an explosion. One is Inuyashiki, a down-on-his-luck man who appears older than he actually is, is taken for granted by his family, and has just been diagnosed with cancer. He chooses to use his newfound powers to help people and fight crime. Too bad the other person becomes a murdering sociopath. You can see the inevitable collision course from here. 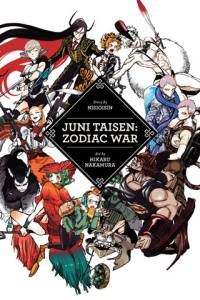 Juni Taisen is arguably one of the big anime series this season, and for good reason. Based on the Chinese zodiac, the characters have memorable designs. For the bloodthirsty among us, there’s a lot of violence and death. It’s a battle royale where only one can win. (My money’s on the rat.) Unlike the other entries on this list, Juni Taisen‘s source material isn’t a manga but rather a light novel penned by none other than Nisio Isin, who wrote the Monogatari series. 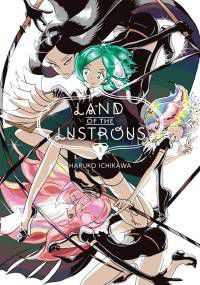 Steven Universe fans may have heard something like this before: There exists world inhabited by gems that take the form of people. Unfortunately, these gems—or Lustrous—must literally fight for their lives, as the lunarians constantly attack them with the intent of making them into decorations. Harsh, I know. The manga follows the weakest of these gems, who wishes only to fight, but due to their lack of strength, is assigned scholarly duties instead.

Read any of these? Watching the fall anime season? Drop your thoughts and your favorite must-read manga in the comments below.