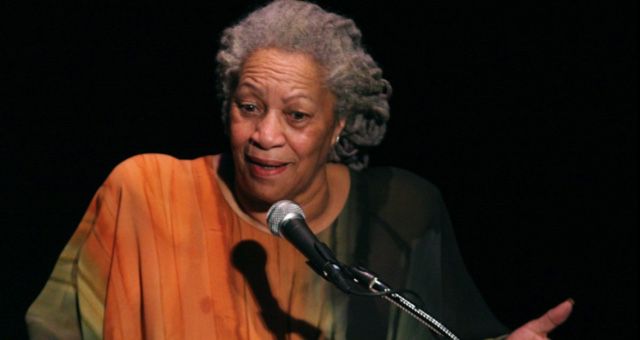 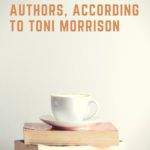 For me, I wondered what does Toni Morrison read and what would she recommend for people to read? I was disappointed to read several Toni Morrison interviews without answers to these burning questions. However, I did find something else of interest. Within a few of these interviews, Morrison name dropped several authors. If Toni Morrison mentions a writer, even in passing, then those authors should be added to any book lover’s must-read list, expeditiously. 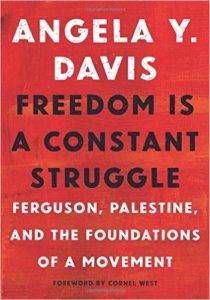 “It was this self-assurance, too, that gave her the courage to split from her husband when she was pregnant with her second child and that made her such an iconoclastic force as an editor at Random House where she propelled works by black writers such as Angela Davis and Toni Cade Bambara into the mainstream.”  (The Guardian)

With Random House, Angela Davis published her autobiography, Angela Davis: An Autobiography. Other must-read books from Davis include Women, Race, and Class and Women, Culture, and Politics.

Readers who love the works of Toni Morrison may also enjoy O’Connor’s hostility and her sardonic Southern Gothic style with grotesque characters and violent situations. Wise Blood is O’Connor’s first novel that went from literary obscurity to become an appreciated classic. The Complete Stories received the 1972 National Book Award for Fiction and was named the best book to ever have won the National Book Award in an online poll. 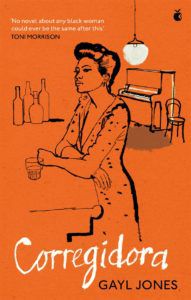 “I have not seen and cannot think of any black female writer who is interested in being taken up by the white male power structure. I don’t know one, not one. And I know them. Because I know the sacrifices they have made and turned down, in order to get their work done. And it has been to their advantage to do it for publicity. I have not done it … And I don’t think it’s fair to say that black women writers who are getting a lot of publicity are doing it. They are not … Gayle Jones doesn’t do it, Gloria Naylor doesn’t do it.” (Common Reader)

Toni Morrison declared “that no novel about any black woman could ever be the same after this” in reference to the manuscript for Gayl Jones’s first novel, Corregidora. Jones’s other notable works include Eva’s Man and The Healing. Gloria Naylor was inspired by black women writers like Alice Walker and Toni Morrison, which is shown in her debut novel The Women of Brewster Place. Naylor’s second published novel, Linden Hills, was inspired by her thesis in African American studies.

“I published Henry Dumas to a great deal of reception, and that book never sold over three thousand copies, now who am I going to blame for that?” (Common Reader)

After reading Poetry for My People, Toni Morrison used her influence as an editor at Random House to publish two collections of Henry Dumas’s writings in Play Ebony, Play Ivory and Ark of Bones. Morrison said Dumas’s work was “some of the most beautiful, moving, and profound poetry and fiction that I have ever in my life read.” 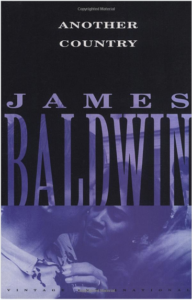 After the interviewer references the Baldwin quote: “The role of the artist is exactly the same as the role of the lover. If I love you, I have to make you conscious of the things you don’t see,” she asks Morrison, “How do you see the role of the artist?” Morrison responds “… an artist, whether it’s a painter or a writer, it’s almost holy.” (Granta)

Readers who want the transcendent experience of James Baldwin may find it in Go Tell It on the Mountain, Another Country, If Beale Street Could Talk, or Just Above My Head.

“One of the best books I’ve ever published in my life was the book by Leon Forest … It never sold over two thousand copies. I want to know why black men didn’t buy it.” (Common Reader)

Toni Morrison was the editor for Leon Forest’s first book There is a Tree More Ancient than Eden as well as his subsequent novels The Bloodworth Orphans and Two Wings to Veil My Face. Together, these novels are known as the Forest County Trilogy. 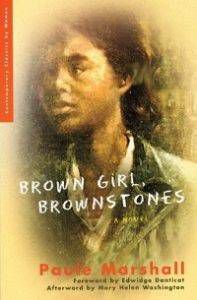 “In the 1960s, there were nearly no black women novelists published. Paule Marshall was published in 1959 … It is as though black women writers said, ‘Nobody’s gonna tell our story.’ Nobody but us.” (Common Reader)

Read the stories of black women in books by Paule Marshall like her debut novel Brown Girl, Brownstones, The Chosen Place, the Timeless People, or Praisesong for the Widow.

“One of the few African American editors in publishing, she became and advocate for such black writers as Angela Davis, Toni Cade Bambara and Wesley Brown.” (AM New York)

Wesley Brown is best known for Darktown Strutters and Tragic Magic, which was edited by Toni Morrison at Random House. 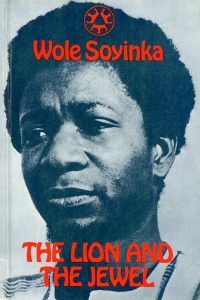 When the interviewer notes a photograph in Morrison’s guest bathroom of her with Nigerian Nobel Laureate Wole Soyinka, Morrison responds, “ Yeah, we used to go to Paris and have meetings and talk – elegant talk – and solve world problems. And Soyinka always knew how to solve everything.” (Granta)

Similar to Toni Morrison being the first black woman to win the Nobel Prize in Literature, Wole Soyinka was the first African to win the prize. Soyinka’s prolific works of plays, essays, memoirs, novels, and short stories include The Lion and The Jewel, Seasons of Anomy, and Death and the King’s Horseman.

“I didn’t read Zora Neale Hurston until after I’d written Song of Solomon … I’m glad because I have since read her and admire her.” (Common Reader)

During the interview, Morrison did not mention the Zora Neale Hurston book she read. Was it Hurston’s most famous novel Their Eyes Were Watching God? Maybe it was Jonah’s Gourd Vine because of the biblical similarities in the titles.