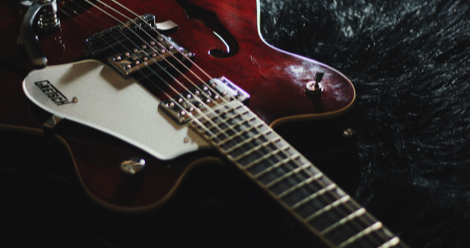 Some musicians tell great stories through music, but that’s just not enough. Joe Perry’s written Rocks: My Life in and out of Aerosmith, James Jamerson gave us Standing in the Shadows of Motown: The Life and Music of Legendary Bassist James Jamerson, and there are certainly dozens of other books written by musicians. Most of these are memoirs, though a few other genres have popped up here and there. After deciding I needed more Lorde in my life, I asked and Rioters chimed in on musicians who should write a book, according to their deepest desires.

Panic at the Disco’s Brendon Urie

As a lifelong Panic at the Disco fan, I’d throw all the dollars at a memoir from frontman (and sole remaining original member) Brendon Urie. The band’s been through huge transitions in members and style, meaning there’s undoubtedly a story to be told. We already know he’s capable of telling a good story, since so many of his songs are stories in their own right. Plus, Urie has a great sense of humor that I’d love to see translated to the page.

I hereby request a Stevie Nicks–penned fantasy series a la Labyrinth, where Stevie writes a semi-autobiographical character that spends all day singing and dancing with the faeries and goblins as their Queen.  Of course the real-world part of the story can be set in the 1980s, with a little Wizard of Oz thrown in where every character in the real world has a corresponding role in the fantasy world. Stevie’s lyrics are always very mystical and abstract, I’m sure she has some song ideas that she can flesh out into my dream fantasy series. What do you say, Stevie? Lightning strikes, maybe once, maybe twice.. 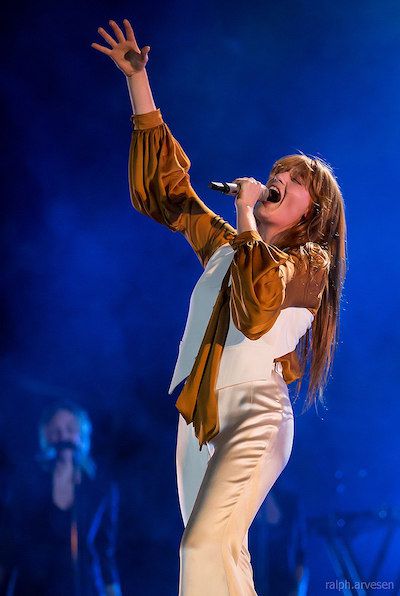 Florence needs to write a horror comic. Listen to the lyrics and the way her voice haunts them even as they trail off or reverberate away. The band’s album art, usually featuring Welch, is frequently ghostly and often a bit disturbing. The anger that simmers, even in the songs that sound upbeat and content, is surely of the stuff that keeps haunts around after death and, by reputation, Welch herself is a bit of a poltergeist where hotel rooms are concerned.

I am a sucker for angsty stories that make me bawl my eyes out and I have a feeling that not only is Chris Carrabba fully capable of this, he could probably tear a hole in my soul. And I mean that in the best way possible. Hands down (sorry, I’m the worst).

I would probably sell my left lung for a book by Lorde. Her lyrics are already poetry and her mother is a poet, but the idea of a Lorde memoir or fiction written by the “Green Light” singer gives me chills. I described her as her own manic pixie dream girl recently, and that sounds like a pretty good jumping off point for a short story collection or a novel. Lorde evokes the darkly ethereal, but when it comes to a book from her, I’m flexible.

Back in the ‘90s there were all sorts of rumors about the friendship between these two very different musicians, and to the best of my knowledge absolutely none of them have been confirmed or denied (don’t tell me, I like it this way). I’d love to see them collaborate again (“Past the Mission” is my favorite song on Under the Pink) and I think they could put together an amazing book of stories. I’m sure it would be a little experimental for my taste, but that’s okay. 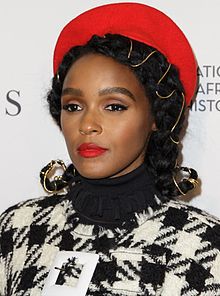 Dream with me, fantastic beasts: I’m thinking a novelization of The Electric Lady, an epic science fiction tale with a cyborg-of-color uprising. Imagine the same kinds of questions about what defines humanity that show up in Blade Runner, but in a story that puts women and POC in all the best roles, instead of just making a quick comparison between racism and imagined anti-robot discrimination only to promptly leave the spotlight on white dudes until the credits roll I’M NOT MAD. It’d be super, super gay (you’ve seen Monáe’s video for “Make Me Feel,” haven’t you?), and the prose would have the kind of rhythm that makes your brain wiggle its booty (after all, the booty don’t lie). We. Deserve. This.

Shortly after I decided they were my favorite band, Dry the River broke up (back in 2015, RIP). Their songs are dripping with images, similes, and allusions, which makes me think their former frontman Peter Liddle could write an entire collection of straight-up poetry. Please, Pete. Do this for me.

This is probably cheating since Toby is more than a musician; he’s a game developer and creator of Undertale, one of the most popular indie games from 2015. But I would love to see what he would do with written prose.

So now we ask you: if you had your way, which are the musicians who should write a book?