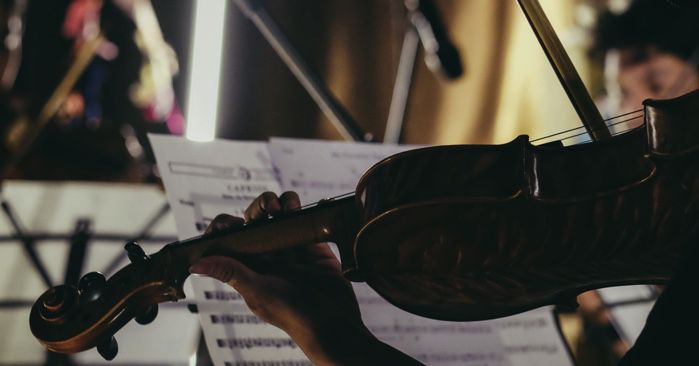 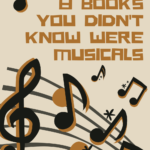 Some of the most famous musicals ever made were based on books. Who hasn’t heard of Cats, or Les Miserables, or Hamilton? With such astounding successes to aspire to, it’s no surprise that musicals based on books continue to crop up on and off Broadway year after year. Most recently, it was announced that The Queen’s Gambit would receive the musical treatment.

But not every book-based musical has the longevity of, say, The Wizard of Oz. For every mega-smash, there are plenty of musicals that have faded away until only the theater nerds remember them. Maybe it’s because they’re not that good, or maybe they didn’t have a big-name celebrity or a big-budget movie adaptation to keep them in the public consciousness. Or maybe it’s just the fickle finger of fate working its flighty magic. Either way, they have sadly fallen through the cracks.

Let’s take a moment to honor the musicals based on books that you might not have heard of. Whether or not they deserve to be so honored is up to you.

Based on: The Three Musketeers by Alexandre Dumas

Songs to Listen To: From the 2001 version (the only English-language version I could find on YouTube), basically any song where the musketeers are being dopes: “The Challenges” and “It’s a Funny Thing Being a Hero.” “Good Old-Fashioned War” is savage, and “Exposition” is at least honest.

Based on: The Iliad and The Odyssey by Homer

This musical, which was first performed in 1954, relocates the action from ancient Greece to America circa 1898. But it’s still recognizable: hapless Paris, the judge of a bribe-happy baking contest, absconds with the lovely Helen (and her silverware). Cue Ulysses’s decade-long journey to get her back.

Songs to Listen To: “Lazy Afternoon” is the big hit from this one, but there’s a lot of good stuff here. I especially like the vampy villain song “Circe, Circe” and the I-don’t-give-a-damn energy of “My Picture in the Papers.”

Based on: The Color Purple by Alice Walker

The story of Celie, a poor Black woman who finds fulfillment and contentment after a lifetime of horrible abuse, is full of the kind of emotional intensity that makes for a great musical. Sure enough, it won multiple awards when it was first staged in 2005, and again when it was revived ten years later.

Songs to Listen To: Going by the revival, this one starts out high energy and stays that way. I have a hard time picking favorites, but if pushed, I’d probably go with “Shug Avery Comin’ to Town,” “The Color Purple,” and “What About Love?”

Based on: Pride and Prejudice by Jane Austen

There have been at least two musicals based on this book: 1959’s First Impressions and 2019’s Pride & Prejudice. The 1959 version has a great cast, though Farley Granger can’t really sing and Polly Bergen sounds like she’s narrating a vintage Disney cartoon. Meanwhile, the 2019 version has a disconcertingly modern score. (Those guitars! Why not break into “Ironic” while you’re at it!)

Songs to Listen To: First Impressions is very energetic. “Fragrant Flower” is too real. Hermione Gingold’s numbers are all a joy, but especially “Have You Heard the News?”

As for Pride & Prejudice, I didn’t like the leads’ voices, unfortunately. “Last Woman on Earth” is basically a Taylor Swift song, if you’re into that. “Her Ladyship’s Praise” and “Not the Man that I Know” are a little fun.

Based on: the Sherlock Holmes stories by Sir Arthur Conan Doyle

First staged in 1965, Baker Street has Sherlock Holmes team up with American opera singer Irene Adler to take on Moriarty. The play assumes romantic feelings between Holmes and Adler, which, as I have explained elsewhere, is perhaps not the greatest way to read the source material.

Songs to Listen To: It’s hard to judge the score on its own merits when half the songs remind me of better songs from other shows. I did get some schadenfreude out of “I’m in London Again,” where Irene predicts she’s about to be slammed with bad reviews.

Based on: Superman comics, created by Jerry Siegel and Joe Schuster

Superman is the first official superhero, so it’s only fair that he was also the first superhero to flop on Broadway. In this 1966 musical, he fights a bitter scientist and an incel reporter. Lois Lane’s characterization is questionable, and the depiction of the Asian characters (who don’t appear much in the soundtrack) is VERY questionable.

Songs to Listen To: Depends on your tolerance for retro cheese. “You’ve Got Possibilities” is perhaps the only actually good song. All of Superman’s songs are worth listening to for the awful, awful lyrics. (One is called “Pow! Bam! Zonk!”)

Based on: Jane Eyre by Charlotte Brontë

There have been multiple music-based productions about Jane Eyre, the timeless tale of a woman and her weird, wife-napping boyfriend. The 2000 musical ran on Broadway for six months. I doubt its failure was because of the ableism and racism of the second act, but maybe it was one of those signs from God Jane likes to sing about.

Songs to Listen To: They all sound kind of the same? “Perfectly Nice” almost manages to do something. I liked “Secret Soul” and “Sirens,” but maybe that’s just because I like counterpoint.

Parable of the Sower: The Concert Version

Based on: Parable of the Sower by Octavia E. Butler

Staged for the first time in 2015, this adaptation of Butler’s dystopian (and tragically incomplete) trilogy about how climate change has ravaged the planet takes place in the far-off year of, uh, 2024. It’s up to teenage Lauren to seek out a better life for herself and those who choose to follow her.

Songs to Listen To: Couldn’t find the soundtrack on YouTube, alas!