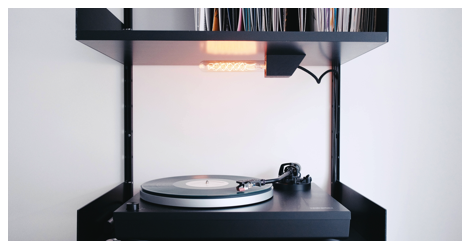 Years ago, I used to sing.

I used to sing psalms in the church choir, the songs a kind of prayer even though I didn’t know what I believed in. I used to sing at the annual Christmas Eve mass, the “Hallelujah Chorus” thrumming in my chest and bursting forth, a beautiful thing. I used to sing at my friend’s wedding ceremonies, a small gift as they more fully bound their lives together. I used to sing at funeral masses, “Ave Maria” over and over again as bereft family members sat in stunned silence.

Singing was something I could give.

And it made me feel more electric than anything else in my life could.

I stopped singing over five years ago, for all the usual reasons. Life was crazy. My singing was a huge commitment. Something had to go, and singing seemed more expendable than my career or my marriage or anything else in my grand life plan.

Then, on this most recent International Women’s Day, my local bookstore hosted a choral workshop for women focused on resistance songs, with the aim of forming a choir that would sing at marches and raise money for important causes. I literally squeed when I saw this on their events calendar. Even though my pipes were rusty, and it would mean skipping my weekly writing critique group, I knew I had to go.

The experience of gathering with these women—of singing with purpose—was so gratifying. And my voice? Well, I suppose it’s just like riding a bike. When it came time to belt it out, it just felt so good.

That one, glorious evening made me curious about the history of music as a tool of resistance. And when I get curious… well, I take out my wallet and buy a ton of books.

If you’re curious, too, here are the recommendations I got from some people who know their stuff (::cough cough:: librarians): 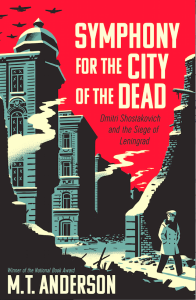 M.T. Anderson’s Symphony for the City of the Dead. The folks at Richland Library in Columbia, South Carolina recommended this one. Set in Leningrad during World War II, it features the story of Dmitri Shostakovich, and the symphony he composed that became a rallying cry for his fellow citizens.

The works of Gil Scott-Heron. The librarians at Fox River Grove Memorial Library in Illinois recommended I check out Scott-Heron’s entire oeuvre. A soul and jazz poet, musician, author, and spoken-word performer from the ’70s and ’80s, he’s penned a number of books about the issues of his time. What leaps out at me are Now and Then (a collection of “song-poems”) and The Last Holiday (his memoir). 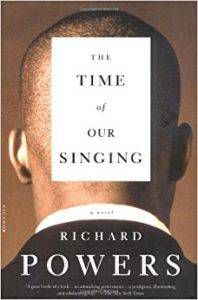 Richard Powers’s The Time of Our Singing. This recommendation comes courtesy of Library Journal. It’s a novel about “an interracial couple and music’s power.”

Ntozake Shange and Ifa Bayeza’s Some Sing, Some Cry. Melanie, a librarian in Southern Ontario, Canada, recommended I read this multi-generational, historical novel that uses music as its backdrop. It manages to cover the Reconstruction, both world wars, the Harlem Renaissance, and Vietnam, with spirituals, arias, torch songs, and the blues wending their way throughout.

Any others I should add to my TBR?