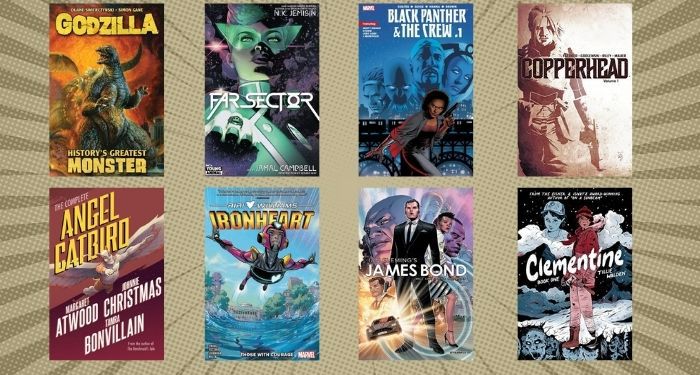 There are so many authors out there who you might not realize write in more than one genre. There are those who write novels and also TV shows, or those who write children’s books and adult, too. Even those who write thrillers and also sappy romance. Jacqueline Woodson, for example, had tremendous success with the young adult novel Miracle’s Boys and the adult book Another Brooklyn. Neil Gaiman, Isabel Allende, Emma Donoghue, and many, many others have made the transition into mastering more than one genre.

And comics writers are no different! There are many comics and graphic novel writers out there who have branched out, bringing their talent into other genres. Some write for TV or the big screen, others have tackled a novel or two. Some novelists have broken into the comics world, too. It goes both directions, these multi-genre writers of comics.

Whether it’s a way to push their writing skills to the next level or to bring in another stream of income, it’s an impressive feat. Successfully breaking into one industry is hard. Breaking into two or more? Even harder.

So, here are a few of the many talented multi-genre writers of comics to check out!

Tillie Walden’s catalogue consists mainly of graphic novels geared toward young adults, exploring themes of sexuality, sadness, trauma, and friendship. Some are more memoir-esque, like Spinning, while others are sci-fi romps in space, like On a Sunbeam. Now, though, she’s tackling The Walking Dead franchise with a YA graphic novel trilogy about beloved video game character Clementine. 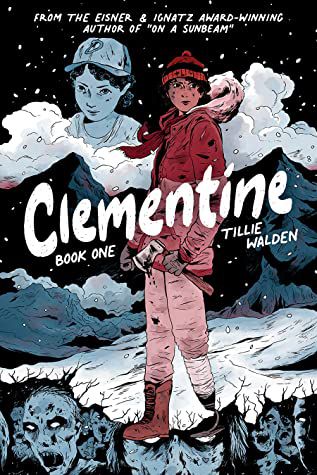 A spin off of The Walking Dead’s video games, Clementine picks up with the titular character back on the road. Clementine pairs up with another teenager, Amos, and they set off to find somewhere that might be free of the walkers who plague the world. The journey is long as they get to know each other and fend off obstacles, their end goal an abandoned ski resort where a group of kids their age are hoping to settle down.

Not only is Ta-Nehisi Coates an incredible journalist and novelist, the author also writes comics. Marvel’s Black Panther and spinoff Black Panther & the Crew has joined his list alongside his memoir The Beautiful Struggle, nonfiction Between the World and Me, essay collection We Were Eight Years in Power, and fiction novel The Water Dancer. 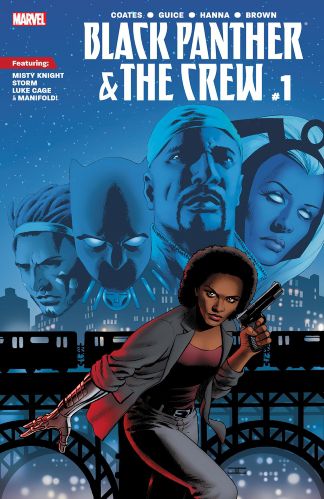 Black Panther & the Crew: We Are the Streets by Ta-Nehisi Coates, Yona Harvey, and Butch Guice

Black Panther teams up with Storm, Luke Cage, Misty Night, and Manifold to tackle an uptick in crime on the streets in this Black Panther spin-off. An activist turns up dead and the group must band together to find out who did it and protect the Harlem streets. The series ran for six issues, so if you like issue one, there’s plenty more to dive into!

Canadian poet and novelist Margaret Atwood is well known for her novels The Handmaid’s Tale, Oryx and Crake, and Alias Grace among many others. The Booker Prize winner also has a graphic novel in her writing history, adding her to the list of multi-genre authors in the graphic novel/comics world. 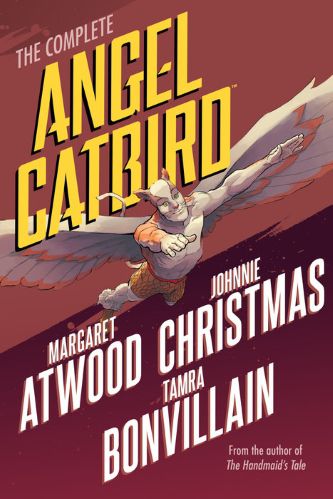 A genetic engineer accidentally winds up with the DNA of a cat and an owl. He’s drawn into a feud between the cat people and the rat people, stuck in the middle. Because of the accident, he’s also trapped in a major identity crisis. Is he still human, or has the DNA made him something too different to fit anymore? It’s pun-filled, goofy, and it’s clear Atwood had fun writing it. If you want something weird and wonderful, try Angel Catbird.

Jemisin’s science fiction and fantasy novels explore cultural conflict, oppression, and identity. Her novel The Fifth Season won the Hugo Award for Best Novel, the first time an African American won. Her take on a Green Lantern story brings that talent into the graphic novel world. 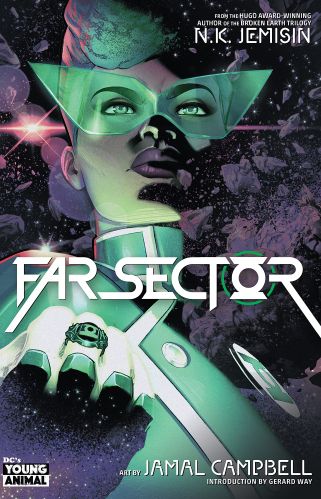 Sojourner “Jo” Mullein, a new Green Lantern, has been overseeing City Enduring for the last six months. The city is full of 20 billion people, their history of peace spanning hundreds of years due to their emotion-free living. But that peace is soon broken by a murder and Jo must investigate the crime while keeping the citizens of the city peaceful. This sci-fi murder mystery is a delight, with 12 issues to dive into.

Duane Swierczynski is a crime writer who started his career in nonfiction with books like The Spy’s Guide: Office Espionage. He edited for magazines and newspapers and writing crime fiction, Secret Dead Men, before delving into the comics world. His work includes issues in the X-Men, Punisher, Black Widow, and Birds of Prey universes. 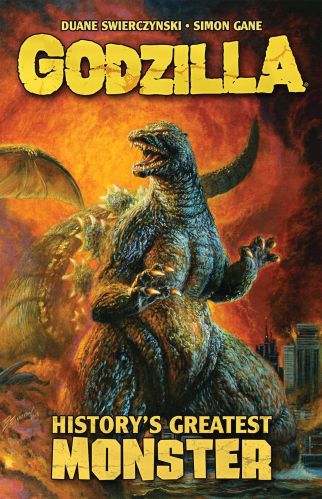 A group of bounty hunters led by Boxer rally together to take down Godzilla, spurred by the $7 billion reward. The takedown of the massive monster, though, proves challenging as other recognizable fiends make their appearances. Whether you’re rooting for the bounty hunters or the monsters, the action on the page is sure to thrill you. 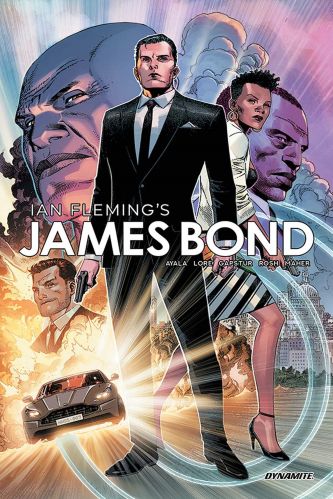 James Bond is back, and now unexpectedly thrust into the art forgery world. He’s out of his element, though, with this type of crime. He teams up with an insurance investigator to get to the bottom of this fakery. Full of international crime, blackmail, and more, James Bond: Big Things is a new take on the world’s beloved character.

Ewing, a writer from Chicago, has works all over the map. Her poetry collections, Electric Arches and 1919, nonfiction Ghosts in the Schoolyard, and children’s Maya and the Robot are all award-winning in their respective genres. Her work doesn’t stop there, with her skills brought to comics, too. 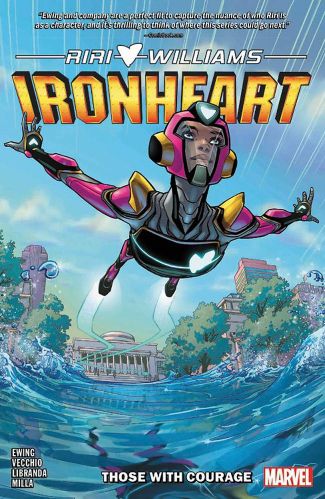 Riri Williams is a young, brilliant M.I.T. student who loves fiddling with inventions much like her idol, Tony Stark. Riri’s superhero alter ego, Ironheart, is called to action when a villain captures a group of world leaders and holds them hostage. She battles finding her own strength while trying to save the world and find missing Miles Morales on top of that!

Jay Faerber is a recognizable name in the comics world thanks to his work on Generation X and New Warriors. His own comic titles, Noble Causes and Copperhead, among others, other solidified his well-demonstrated talent. More recently, Faerber has branched out into the world of T.V. writing with work on Ringer, Zoo, and CW’s Supergirl. 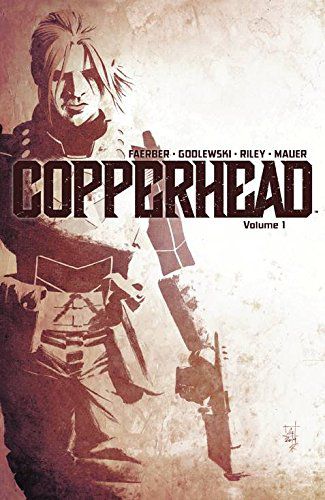 It’s space western time with Faerber’s Copperhead. Set on a backwater planet in a run-down mining town, Clara Bronson is the new sheriff in town. Literally. She’s a single mom, too, trying to juggle motherhood, her less-than-happy coworkers, corrupt big-wigs, and murder. Will she be able to tackle this job, or will the town’s criminals take her down? This action-filled, dusty series is never-ending space western fun.

Hopefully you gained more appreciation for the many talented multi-genre writers of comics! If you want more comics content, try these eight don’t miss 2022 queer graphic novels and memoirs or eight of the best young adult books adapted into comics!