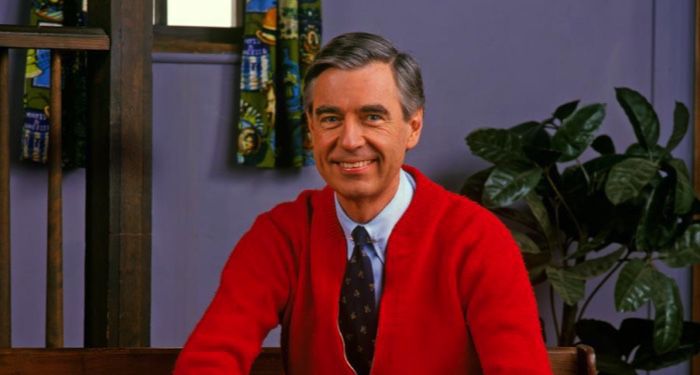 Critical Linking is a daily roundup of the most interesting bookish links from around the web sponsored by The Midnight Lie by Marie Rutkoski, with Fierce Reads.

“In 1991, Fred Rogers received a letter from an author working on a book about others’ favorite books. More than likely, it was a book about famous people’s favorite books. But you wouldn’t know it from Mister Rogers’ characteristically gracious typed reply, above. He opens by apologizing for his late reply and expresses his honor at being included in a “book about what people read.” What did the most unassuming and neighborly person on television read?”

It’s a beautiful day in the bookish neighborhood.

“Enter: Little Women, a novel that doesn’t present bad guys for the hero to fight and overcome, but instead presents only good guys (and gals) fighting their inner demons, learning to deal with grief, and facing a bloody war that threatens their country and family. Without its reliance on a traditional male villain, the novel becomes a character study on goodness. As a film, I’d watched rapt, but would the book have the same emotional impact on me? After all these years of binge-reading Lolita and co., I wondered if I’d warped my literary preferences the same way that, say, eating too many Flamin’ Hot Cheetos can dull your taste buds. I decided that there was only one way to find out.”

You really didn’t have to come for Flaming Hot Cheetos like that, but yes: long live Little Women.

“Despite their popularity, it’s still impossible to find paperback versions of many new books when they debut. It’s a common practice among publishers to release new titles as hardcovers and publish the paperback edition about a year after the initial print run. People who do their reading at the beach or on the subway may not be happy about it, but the financial benefits of this model mean it likely isn’t going away any time soon.”

In case you’ve ever wondered why hardcovers come before paperbacks.