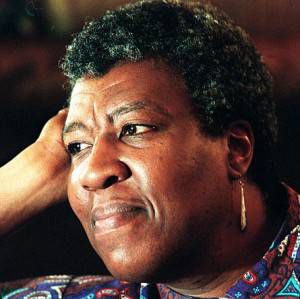 Science fiction and fantasy need to do better at recognizing living black authors.

In August, after reading yet ANOTHER sci-fi/fantasy book list that featured Octavia Butler I had a bit of an epiphany. What if people were listing Butler on these lists constantly because she was the only author of color they knew? Most book lists tend to focus on lesser known authors, but when it’s time to talk about authors of color the list tends to be filled with accomplished, well-known authors. To compare: when was the last time you saw Heinlein or Asimov or Orson Scott Card on a list for lesser known sci-fi?

This is what happens with Butler. Even though her legacy is secured it’s rare that her name doesn’t appear on a list of SFF authors of color. To always default to a single black woman is lazy, but more importantly it gives the impression of the Exceptional Negro, that there are few authors of color charting the sci-fi and fantasy waters, or that except for a few rare exceptions Black people don’t write sci-fi or fantasy.

The idea that Black folks don’t like science fiction is an old one, and is really a Catch-22 of sorts. Black people don’t read SFF because they’re rarely featured in the white-male centric visions of sci-fi and fantasy (unless it is to function as a Sacrificial Negro). But because Black people don’t read sci-fi, they’re rarely included in any narrative in any meaningful way. In the years since RaceFail this has gotten better, but Science fiction and fantasy is still achingly monochromatic.

White dudes, and to a lesser extent white ladies, still make up the majority of the books published, talked about, and promoted.

Which is why it’s important that we recognize Octavia Butler as canon, as a writer as iconic and enduring as Asimov or Heinlein, and give her constant spot over to a Black author currently creating stories. Butler is a fantastic author, but she shouldn’t be on a list of current authors to pick up. She should be taught as a foundational aspect of SFF, because she is. She is classic.

But she shouldn’t be the default when crafting lists of SFF by authors of color to read, no more than Ender’s Game should be on any list of fresh new Sci-Fi for teens. Instead, we need to champion the writers living and working today, to show that there is still black excellence in Sci-Fi. People like Nnedi Okorafor, N.K. Jemisin, Nalo Hopkinson, Alaya Dawn Johnson, Colson Whitehead, Tobias Buckell, and Bill Campbell, the founder of Rosarium Publishing.

Let’s do like most other areas of SFF and look toward the future and stop spending so much time focusing on the past.