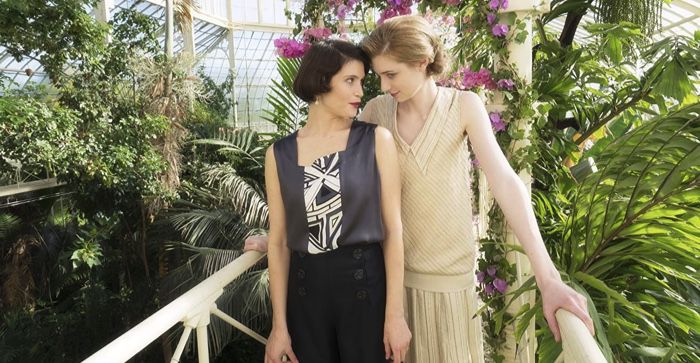 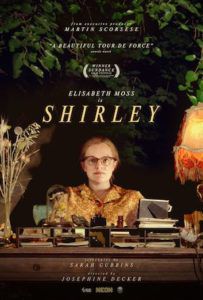 Renowned horror writer Shirley Jackson is on the precipice of writing her masterpiece when the arrival of newlyweds upends her meticulous routine and heightens tensions in her already tempestuous relationship with her philandering husband. The middle-aged couple, prone to ruthless barbs and copious afternoon cocktails, begins to toy mercilessly with the naïve young couple at their door. Available Everywhere This Friday. 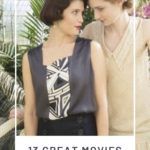 What is a biopic? As it happens, I dislike the term “biopic” because most biographical movies are either dreadfully dull or fiction. That said, there are quite a few movies about real authors that are worth watching, some of them truer to real life than others. Let’s think of these merely as movies about real people, rather than strictly as biopics—though some of them clearly fit the definition of biographical pictures. 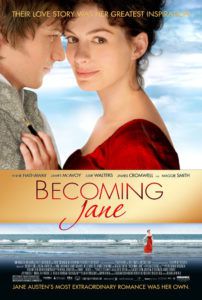 This lovely movie in which almost nothing happens (but that’s okay) is based on Austen’s letters to her sister Cassandra and focuses on a possibly fictional romance between Jane (Anne Hathaway) and neighbor Tom Lefroy (James McAvoy), which is an…interesting choice, but works nicely.

I include this biopic of Cuban writer Arenas (Xavier Bardem) with a major content warnings for the fact that accused domestic abuser and cis man Johnny Depp plays a trans woman, and for Arenas’s death by suicide in the late stages of AIDS. That said, it’s a fascinating movie about a man who was unapologetically queer at a time when that was extremely unsafe, politically and otherwise. 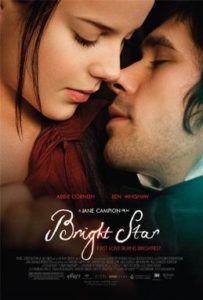 Can You Ever Forgive Me? (Lee Israel) 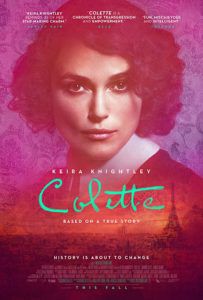 It’s a tale as old as time: a man takes credit for a woman’s (in this case his wife’s) work. Colette (Keira Knightley) was a French writer whose husband published her first several novels in his own name. Rude even when he isn’t played by Dominic West.

There have been a spate of Emily Dickinson movies in recent history, including A Quiet Passion starring Cynthia Nixon, but none have centered Dickinson’s (Hailee Steinfeld) queerness nearly so well as the Apple TV+ series, which borrows modern sensibility to tell a true story about a poet who was entirely ahead of her time. 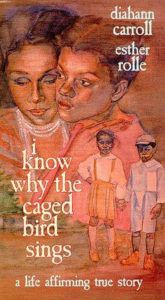 I Know Why The Caged Bird Sings (Maya Angelou)

With a screenplay by Angelou based on her autobiography, this 1979 TV movie puts Angelou (Constance Good) at the center of the events of her young life, rather than as an observer.

Novelist Iris Murdoch (Kate Winslet as a young woman, Dame Judi Dench in her twilight years) is shown in snippets of time through the POV of her husband John Bailey (Jim Broadbent), telling the story of their romance and her struggle with Alzheimer’s disease. 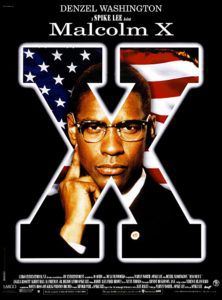 Spike Lee tells the epic story of Malcolm X’s (Denzel Washington) journey from his father’s assassination by the KKK to his conversion to the Nation of Islam in jail to his civil rights leadership, marriage to Betty (Angela Bassett), conversion to Sunni Muslim, and assassination. Based on The Autobiography of Malcolm X, which was co-written with Alex Hailey, in many ways this 1992 movie set the template for modern biopics.

Director Haifaa al-Mansour strives to portray Shelley’s (Elle Fanning) life realistically, but the story loses something in its own lack of focus. It is, however, absolutely stunning, and the performances excellent (Tom Sturridge is delightfully terrible as Lord Byron). 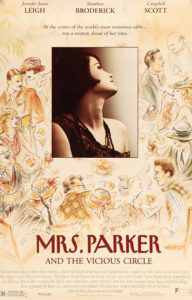 This 1994 Alan Rudolph–directed picture follows Dorothy Parker (Jennifer Jason Leigh) from the Algonquin Hotel Round Table to Hollywood, and features a huge (mostly white) supporting cast playing many of her contemporaries.

Before he was a respected professor of literature and author, Toby Wolff (Leonardo DiCaprio in his first big screen leading role) was an angry kid with an abusive stepfather (Robert De Niro). Though I have not seen it since it came out in 1993, I loved this story about a young teen’s attempts to save his own life. 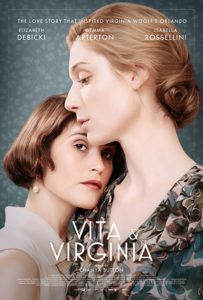 Most lists of biopics include The Hours, which is also about Virginia Woolf, but I prefer this extremely lesbian movie. Based on their letters, director Chanya Button focuses on popular author of the time Vita Sackville-West (Gemma Arterton) and enduringly popular author Virginia Woolf’s (Elizabeth Debicki) relationship. Bonus: Isabella Rosselini also stars.

There are shockingly few biopics about authors of color—only three of the above list of 13. But! There have been at least a handful of excellent movies about fictional writers of color. Here are a few of them, all focused on Black writers.