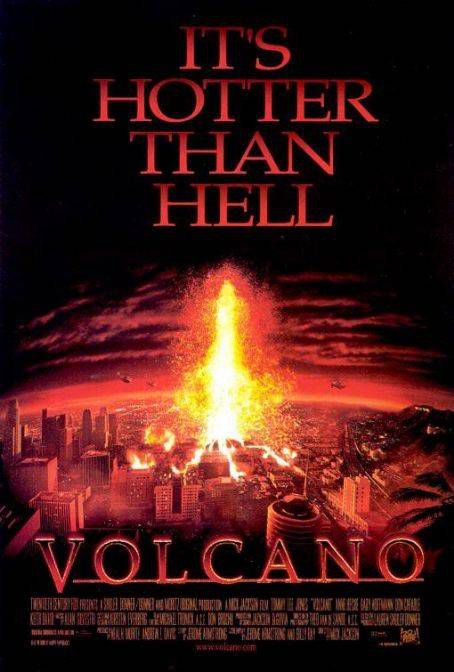 I adore disaster movies, and I must not be the only one, because they’ve made a zillion of them. They all have more or less the same plot (big-badda-boom. Our leading man runs away for a while. Credits.), but that’s clearly fine, since it also works out for romantic comedies and horse/sports movies. Really, since they’re all so similar, I could pick any of them for this article, from The Day After Tomorrow, to Deep Impact, to 2012 (ugh). I’m going to go with my personal favorite, though… 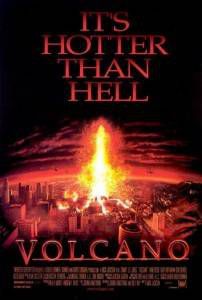 VOLCANO: The plot is deliciously stupid and absurd. Listen: a volcano erupts in Los Angeles, and only Tommy Lee Jones and Anne Heche can…stop it. Because you can totally stop volcanoes, you guys. Despite operating from such a stupid premise, the movie is tremendous fun…and also surprisingly tense in places. It’s gorgeously shot, takes itself just seriously enough that you don’t feel like you and the crew are both laughing at the movie. Their eventual solution to the meandering set of problems they face is also pretty goofy, but that’s okay. It’s exciting to watch (and it had a sister-film that year, Dante’s Peak, which could be subtitled “Pierce Brosnan Makes Increasingly Poor Decisions in a Crisis”). 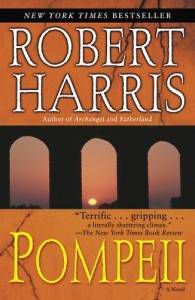 Pompeii by Robert Harris This is a line drive from the movie Volcano, since Pompeii is also about the eruption of a mountain and what happens afterward. The city of Pompeii – which was very much the Roman Empire equivalent of Las Vegas in a lot of ways – sits between Mount Vesuvius and the sea. When the volcano erupted, the lava and ash swept over Pompeii with incredible speed, leaving us with a remarkably preserved city. It was a great catastrophe and tragedy at the time. The book, though, doesn’t get that far into exploring the ramifications of the eruption of Vesuvius. Rather, this is a slim and fast-moving thriller, starring a young man named Marcus Attilius Primus, an Imperial engineer who has come in to see why the springs have stopped giving drinkable water, and why the great aqueducts of Rome, which pass along Vesuvius, have stopped providing water. His predecessor to the region has disappeared. When he discovers that Vesuvius is becoming active, he tries to warn a complacent city of people who mostly have no interest in believing him. The novel progresses from warning to catastrophe (spoiler? Vesuvius erupts) and they are left running for their lives.

The details of Roman life are very accurate (Roman history and culture is another on a list of obsessions I have), but you won’t get bogged down. There’s no dense prose or heavy passages here. This moves as fast as a modern thriller, and is written in a very modern fashion. It takes me about a day to rush through the book. It’s an awful lot of fun. 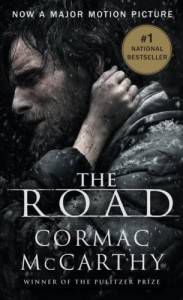 The Road by Cormac McCarthy This book, by contrast, is not an awful lot of fun by any stretch of the imagination. A Man and his son – who are never named – struggle down a shattered road and struggle desperately to survive with very little food, no real shelter, and nothing left in the world but savages and ruins. It’s a stunning post-apocalyptic novel that will leave you feeling like you’ve been kicked in the head, but in a good way. It’s particularly brutal if you happen to be a parent yourself, or so I found it. There’s no happy endings, and there’s not a great deal of excitement, but the tension and the simple emotion found in the book is unbelievably powerful. It may be the most accurate look at what would happen and how people would survive if the world as we know it went smash.

It also ties in with the movie Volcano, by the way. There has been a great disaster in the novel which precipitates the collapse of society and the struggle of our heroes to survive. It’s never stated what the disaster is, what precisely happened that broke the world. Frankly, it doesn’t matter all that much. There are clues, though – darkness, cold, snowing ash – and people more clever than I have studied the book and suggested they think it was probably a tremendous volcanic eruption. See? It all ties together.

There we have it. Some excellent reads for those of you who enjoy watching the world go smash, so long as it’s happening in a fictional context. If you enjoy it in a non-fictional context, you are actually Lex Luthor, and I’m calling Superman…