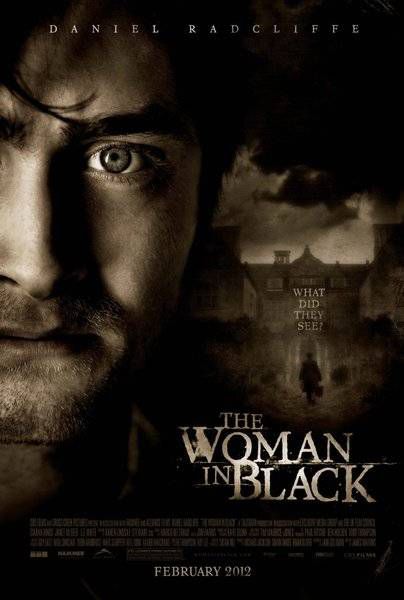 This time, when we turn the crank on the Movie-to-Book Recommendation Engine, what falls out is a lot of magic, gothic people, blood and ghosts. Happily, that’s what falls out anytime I’m asked to produce something, so it means the machine is working properly… 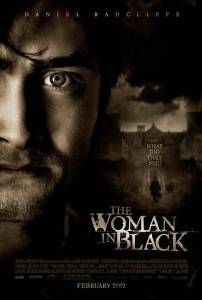 THE WOMAN IN BLACK: My estimation of Daniel Radcliffe skyrocketed higher than it already had been when, following the conclusion of the Harry Potter series of films, he looked around and decided that what he should follow it with was a gothic horror film, set in the 19th century, and one made by Hammer Films no less. Mourning the loss of his wife, a young lawyer travels to a remote village to get the accounts of a recently-deceased client in order, only to find terrified, hostile villagers, and the a vicious ghost terrorizing them…and him. Some complained that the film was predictable, I would argue that it was classical, in that it was a pitch-perfect version of a classic 1800s gothic-horror type of story (although it’s set in the Edwardian 1901-1910-ish era), and a wonderful ghost story at that. The movie moves slowly, enveloping you in its superb atmosphere. 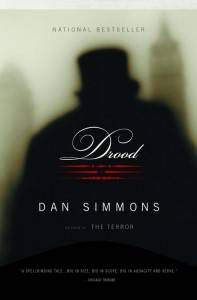 Drood by Dan Simmons There’s a lot of common ground between Drood and The Woman in Black, enough so that my pleasure from seeing the movie sent me off to immediately re-read Drood for the umpteenth time. They are both a type of long, slow-crawling work of horror, they are both roughly Victorian in timeframe and nature. They are both gothic works, full of ghosts. Of the two, Drood is a more complex work that begs for re-reading. Set during the last five years of Charles Dickens life, picking up immediately after the tragic railway accident at Staplehurst (an accident Dickens barely survived for no reason beyond dumb luck) and narrated by Wilkie Collins, who increasingly becomes the ultimate unreliable narrator, it is the story of a mysterious and horrific-looking figure named Drood who lurks in the underbelly of London and who may or may not even exist.

Not only is it a remarkable and spooky book, but you’ll emerge from it with a surprisingly workable knowledge about the life and works of Charles Dickens and Wilkie Collins, and frankly, I can’t think of a situation when this isn’t useful.

Jonathan Strange & Mr. Norrell by Susanna Clarke – The connection between the movie and this book is a little more tenuous, but I’m comfortable enough to recommend it anyway. At first glance, this behemoth of a book doesn’t seem to have a whole lot to do with a Hammer-made horror film about a vengeful ghost in a big old house. In fact, they seem to have nothing at all in common, since Strange & Norrell is written in the arch, almost fussy style of classic Victorian and Napoleonic-era literature. It’s my hope, though, that the wavelength between movie and book is close enough for you as it is for me that you’ll get into the book and enjoy it.

Jonathan Strange & Mr Norrell is the story of two magicians, beginning in the year 1806. English magic has dwindled away into non-use and is the domain only of fussy Gentlemen Magicians who read books about the subject and debate the matter, but would go no further (for actually doing magic is a impolite, ungentlemanly endeavor). Mr Norrell is the last practicing magician in England, who is virtually unknown despite his vast knowledge, large because he is a tremendously unlikeable old crank. A proper bastard. Jonathan Strange is a brash young man who decides he’s going to become a magician and then, infuriatingly, becomes perhaps the greatest magician of the age. Unfortunately, magic is a little bit alive and great deal dangerous, as are the creatures who inhabit the world of magic as surely as leviathan beasts inhabit deep ocean waters. Additionally, there’s the Napoleonic War to contend with, and maybe far worse than that, London High Society.

What the movie and book share is less of a horror sensibility and more of a long, slow-crawl structure for letting the story unfold at its own pace. They are both, in their different ways, works which you get into and live inside of for the duration. Strange & Norrell, your habitation may go on for quite some time. My hardcover copy is nearly 800 pages in length, and they are dense pages. Strange & Norrell veers wildly across the genre map, from a fantasy novel, to a comedy of manners, to a horror story, to a military novel, and many more besides.

And since I’ve been listing useful features to having read this book, I’ve long argued that Jonathan Strange & Mr Norrell is the perfect entrance into the vast world of pre-1900s literature, the sort of books one might have been put off from reading thanks to school. When one is acclimated to the storytelling and voice of this book, it is no great difficulty to go off and read Dickens, or Austen, or Lord Byron, or a million other authors of days gone by. This book is your gateway drug, and within a year you’ll be mainlining Dostoevsky off the surface of a mirror, although I’m a bit worried my metaphor’s gone off the rails here…

Next time, we feed those cult films nobody watched about a kid named Harry Potter into the Engine and we see what books falls out. Don’t touch that dial. (Why does your computer even have dials? You’re weird.)