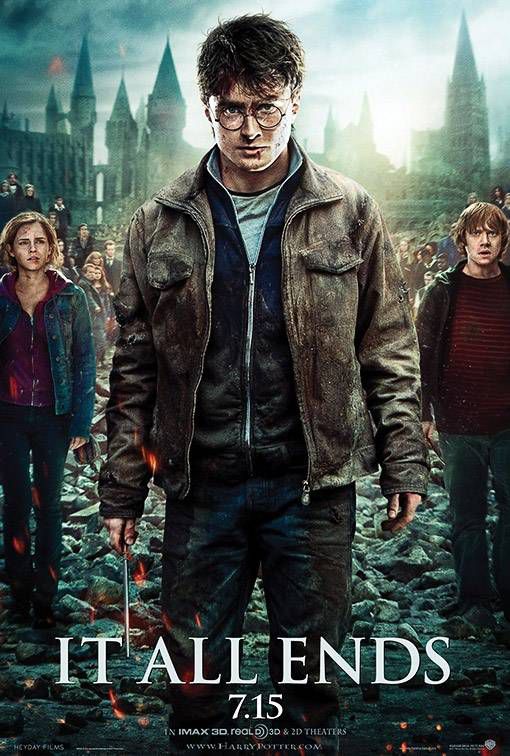 So here’s you: You are a grown-up. You own dress pants, have your own beard, ten pounds more than you want, kids, and some bills (cross out any that don’t apply to you). Despite being a grown-up, though, you’re a big fan of the Harry Potter movies. I don’t blame you. They’re wonderful! And sure, some of your friends might scoff at them and say “those are kids’ movies,” but frankly, that stops being a defensible position once Dementors show up and the warm-fuzzy colors begin washing out of the movies. So if you’re a proper grown-up – or gamely pretending to be one, like me – and you want to read some books based on what you liked in the movies, you’ve come to the right place. 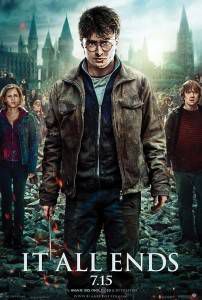 HARRY POTTER 1 – 8: It’s an odd film franchise that actually grows up with its viewers, or so it seems to me. I can’t think of a similar example. Age-wise and tonally, Star Wars: The Phantom Menace is exactly the same as Star Wars: The Return of the Jedi. There’s no real change. But if you compare Harry Potter And the Sorcerer’s Stone to Harry Potter and the Ghastly Hallows, the difference is unbelievable in every aspect. The actors have grown and matured, the films have darkened, and they have not shied away from the brutality and darkness and death required by the wizarding war the films have been building toward. My son is quite young, and I think he’s ready to really enjoy the first Harry Potter film. I don’t think he’s ready for the later ones at all. I find that fascinating, and frankly admirable. 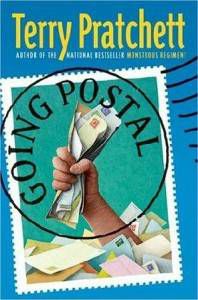 Going Postal by Terry Pratchett: Like most of you, I watched the Harry Potter films and said, “I’m enjoying this a great deal, but I wish it had a lot more post office humor in it.” Fortunately, Terry Pratchett came to the rescue. This is the story of Moist von Lipvig, a brilliant con-man who has been given the choice between “government service” or “death”and decides to be brave and try “government service.” He is given the job of renovating the Ankh-Morpork Post Office, which has been made obsolete, thanks to faster, more efficient communication methods. Fortunately, Moist is a brilliant con-man used to spinning something out of nothing, and since the “death” option is still on the table, he’s well motivated to make it work somehow.

I think there are a lot of Pratchett books one could go to after the Harry Potter films, but I think Going Postal is the best place to start. It stands alone from the plethora of other Discworld books Pratchett has written, it’s very funny and very clever. The joy of Going Postal is that it rewards re-reads by becoming cleverer on each visit. Always a pleasure in a book. 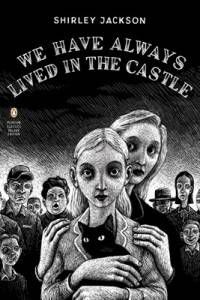 We Have Always Lived in the Castle by Shirley Jackson: How do I describe the story of this book and convey anything of its remarkable qualities to you? I don’t have any idea. Mary Katherine “Merricat” Blackwood, her sister Constance, and their forever-ailing Uncle Julian, all live in a big house on the edge of a village, in which they are unwelcome. Constance is suspected of having murdered all the other members of their family and the village is one incident away from turning into a mob against them. The remaining family members are very odd, slowly going mad I think as they while away the years in a big empty house.

This very thin masterpiece of a novel by a writer who produced nothing but masterpieces, doesn’t really seem to have a lot in common with Harry Potter. The plot is unrelated, the setting is different, the characters are nothing like each other. What it does share, though, is a similarity on an almost chemical level. Some of the building blocks of Harry Potter is a strange, quirky way at looking at the world, a low-level of menace underlying the story, and the novel has those in spades. A joy of the book is the way it’s written, though. It doesn’t take very long to realize that Merricat Blackwood is an unreliable narrator, but her style of narrating is so skewed – and so astonishing to read – it would carry the book even if the characters, dialog, and plot weren’t incredible. It also features what I think is maybe the best first-paragraph of any novel ever, and I liked it so much, I’ve put it here for you to read. 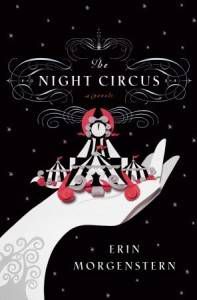 The Night Circus by Erin Morgenstern: The Night Circus is an amazing novel, and a surprising one in some ways. It concerns a duel between two young magicians – who are being manipulated by vastly older magicians – and the nature of their duel is the manipulation of an extraordinary world-traveling circus. Much of what the circus contains is impossible, unbelievable, and life-changing…and indeed, as the circus travels the world, it leaves behind a wake of people who are never quite the same once having visited it. More than that, though, The Night Circus is a story that does two things that I think are quite hard to manage without becoming trite or cliché. For one, every character in the book is likeable. Some are opposed to others, sure enough, but I can’t think of anyone I actually disliked or viewed as evil. The other tricky thing is that the book is a love story, unabashedly so…yet it manages to be a love story that doesn’t fall into romantic-comedy territory, or wind up feeling trite or shallow. It’s an amazing, powerful book and it brightened my world to have read it.

There’s a fair bit of connective tissue between it and the Harry Potter movies, and in this instance I think it’s stronger than it’d be between The Night Circus and the Harry Potter books. Despite being a story of a wonderful, magical traveling circus and being a love story, there is a harder, sharper edge of danger and melancholy throughout the novel which contrasts nicely against the whimsy, rather like the Potter films. You’ll see what I mean when you grab a copy and read it in a couple of days, as I had no choice but to do.

There we are, that’s definitely a complete and entire list of all the books you can read after having enjoyed the Harry Potter movies. There definitely aren’t any others in the world.

So! Next time we move on to exploding the planet in movie and book form. I’ll bring the popcorn.