The Oscars are over, and after all the glitz and glamour, the triumphs and disappointments, it’s easy to fall into a post-Oscars funk. This year, there’s plenty of buzz around book-to-movie adaptations. If Beale Street Could Talk, based on the James Baldwin novel, captured hearts everywhere. Glenn Close narrowly missed out on gold for her work in The Wife, based on the Meg Wolitzer novel of the same name. Then, there’s of course the stunning Spider-Man: Into the Spider-Verse, the Best Animated Feature that combines several iterations of Spidey.

From To Kill a Mockingbird to Twilight, filmmakers have long been diving into their bookshelves for inspiration, with varying degrees of artistic license. In recent years, there’s been a particular demand for YA adaptations. There’s also a trove of books based on movies instead. Sure, some cynics may dismiss novelisations as nothing more than a money-grab. But there are books that fill in the gaps, fleshing out the worlds even further. And, of course, it’s just plain fun to see how movies translate to novels!

The Shape of Water by Guillermo del Toro and Daniel Kraus 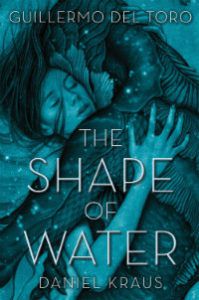 The Shape of Water made a splash last season, winning the coveted Golden Lion in Venice and amassing 13 Oscar nominations. It also sent the Internet into a frenzy over Doug Jones’s portrayal of the Amphibian Man. The book and movie are more like a side-by-side release than a conventional adaptation. Both versions are built on the same basic premise. However, the novel takes on a different point of view, and also has extra scenes. Del Toro and Kraus hatched the initial idea way back in 2011. 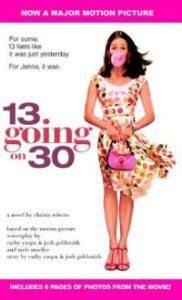 After Jennifer Garner’s turn as Elektra and before Mark Ruffalo became Bruce Banner, the pair starred in 13 Going on 30, truly one of the most iconic romcoms ever. Thirteen-year-old Jenna wakes up to find she’s 30 years old. It seems like a dream come true at first, but then she quickly realises there’s a whole lot of adulting involved. (Same, Jenna, same.) It’s a pretty short book at around 140 pages in paperback, making it a quick emotional pick-me-up for when the going gets tough. 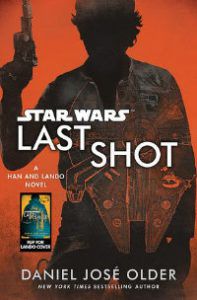 Okay, okay, so this one isn’t strictly a novelisation because it’s not a direct adaptation of an existing movie. Rather, it’s a tie-in novel for Solo: A Star Wars Story. But honestly, who wouldn’t want to get their hands on all the Lando content available? With both the Shadowshaper series and Bone Street Rumba series under his belt, Older is no stranger to sprawling universes like our favourite galaxy far, far away. Last Shot is set after Return of the Jedi and is jam-packed with all the inter-planetary space conflicts featuring the two best smugglers the galaxy has ever known. 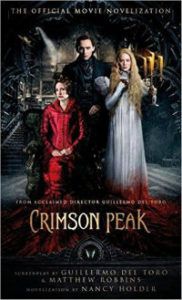 Crimson Peak didn’t do particularly well at he box office despite its star-studded cast, but del Toro’s 2015 ghostly gothic romance still got the novelisation treatment. Holder distills del Toro’s whirlwind visuals into a 300-odd page novel that captures the spine-chilling romance between Edith and Thomas. The story is mainly set in a crumbling remote mansion that’s slowly sinking into a red clay mine. So it should come as no surprise that spirits haunt the hallways and blood paints the walls. Definitely not for the faint of heart. 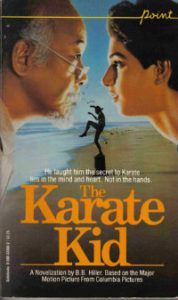 Yes, you read that right. The Karate Kid isn’t just an iconic film franchise about white American teen Daniel LaRusso who masters karate thanks to Mr Miyagi and his kickass training. The story has also been immortalised as a novel. Actually, make that four novels—one for each movie—all by Hiller. And yes, all the books have delightful 1980s and 1990s book covers that’ll make you nostalgic for old-school borrowing cards and stamps.