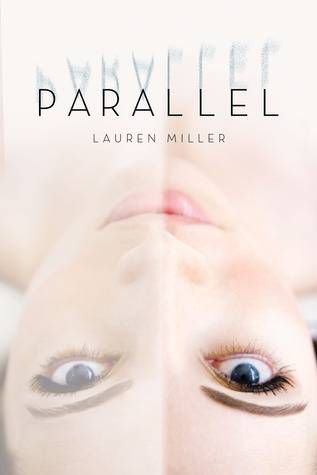 I am always wary of movie adaptions of beloved books. Movies are often either slavishly faithful to the story, adding little to your appreciation of it, or so different from the book they’re almost impossible to recognize. (And I won’t even talk about when a movie gets the book totally wrong.)

It’s rare when a movie helps you understand the book better. Yet that is exactly what happened to me with Persepolis.

When I began reading comics, I knew I needed to start with Persepolis. Marjane Satrapi’s graphic memoir came highly recommended from several friends, and it hit nearly every reading goal of mine: an international graphic memoir in translation written by a woman. Yes, yes, yes, and more yes.

I loved the story so much, and it was so highly regarded, I was embarrassed to admit I didn’t really get the black and white art. I yearned for more complexity, more punch, more vibrancy. What was happening in between all that black and white?

It wasn’t until I watched the animated movie that I began to understand. The animation sets the art into motion, giving it richness and a complexity that I didn’t quite grasp in the book.

A colorless God floats in a pitch-dark room, conversing with young Marjane. Figures in black stand against white backgrounds, stark and unambiguous, representing the inflexibility of the times. Such monochrome art shows Marjane’s desire to see things simply, to categorize an experience or thought or belief as good or bad, happy or sad, black or white. Yet in other panels Satrapi’s art is complicated and detailed, mixing fantastical swirls with straight lines. Real life is messy and complex, and nothing is more so than a revolution.

We seek out what is missing in our lives, and Satrapi imposes order and clarity upon the controlled chaos of her story.

Satrapi documents what life was like for liberal Iranians during and after the revolution, and her images document the history better than words could. The story of Iran, as with any country, is rich and complicated, but she presents this chunk of history in a way that’s easy to grasp.

There are, of course, differences between the book and the movie—some scenes are cut out entirely, while others are added. There is something very revealing about what is emphasized and what is downplayed. Often, what you don’t say stands out the most.

Scenes with Reza, Satrapi’s young husband, were cut down and flattened; unless I’m mistaken, he’s not even named until she declares she wants a divorce. In the book, he’s a much rounder and more sympathetic character simply by virtue of playing a role in her life. In the movie, the focus is much more upon Satrapi’s actions and reactions.

More often, the movie adds scenes or reframes existing stories, deepening my understanding of Satrapi’s (and Iran’s) history. The addition of music gives the narrative a pulse, emphasizing the role that punk music played in Satrapi’s small rebellions against the conservative state.

One of my favorite parts of the memoir is the guide to hijab styles, comparing fundamentalist and liberal approaches to covering up. That guide does not appear in the movie; rather, we see Satrapi in an airport bathroom, presumably before returning to Iran. We watch as she adjusts her veil while an unveiled, heavily made-up woman scowls at her. The juxtaposition here is so revealing. How can she convey her own mixed feelings about the veil to strangers who make assumptions based only on her appearance? How much must Satrapi cover up to be accepted in her homeland?

This tension undergirds the entire narrative, both in the book and in the movie. At another point, when two cousins ask Marjane about her sexual history in Vienna, they are repulsed by the open admission that she’s had sex. They idolize liberal values, yet shun those who display them. In the memoir, it’s a small moment. But in the movie it takes on greater significance. Marjane won’t go back to pretending she’s someone she’s not. She takes ownership of her decisions and herself.

I still prefer the book over the movie, because the book contained much more than the movie could include, for time limitations and ratings reasons. But I’m glad I watched the movie in order to understand more fully Satrapi’s art and narrative.

By setting the images into motion, by dissolving to gray between black and white panels, and by adding a soundtrack that underscores Satrapi’s rebellious side, the movie shines new light on the book and gives me a new appreciation for how Satrapi tells her story. It’s a story I will return to again and again, both to find a deeper understanding of Iran and to see how deeply a place and time can shape a person.

What movies helped you understand a comic better?