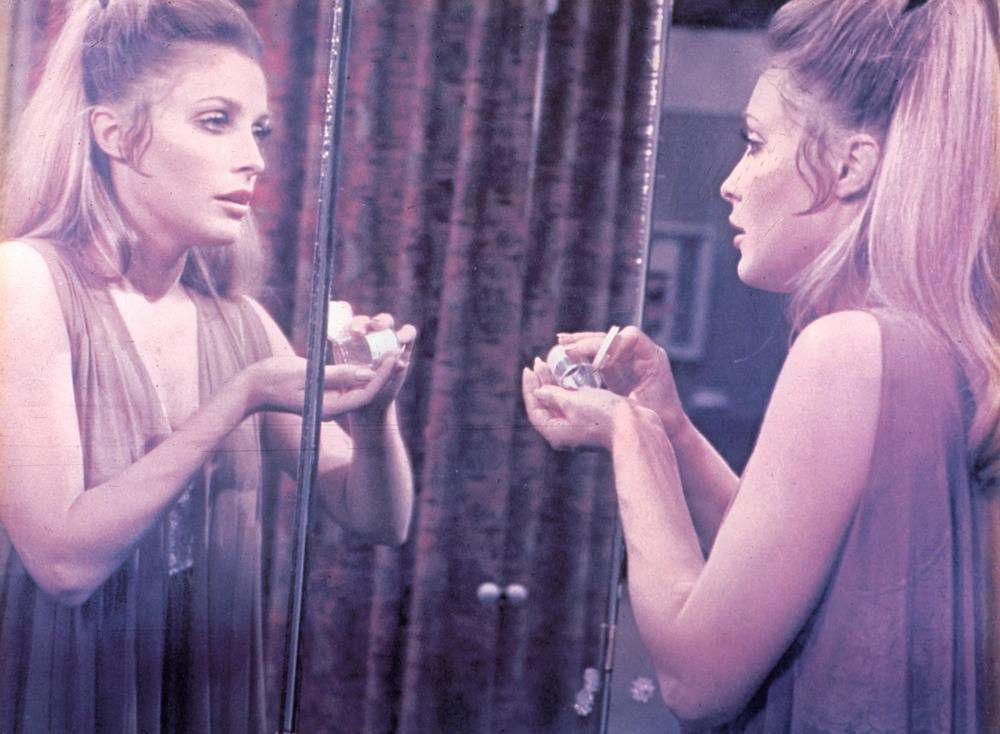 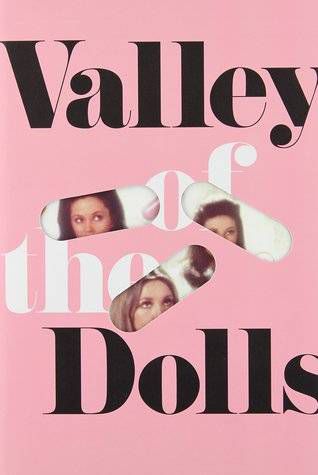 There’s nothing quite like reading Valley of the Dolls for the first time. This year marks its 50th anniversary. According to the New York Times, the book has sold 31 million copies to date and 30 foreign editions. I picked up the book during my freshman year of college. I was expecting nothing more than a fun, frothy, scandal-filled soap opera, pulsing with beautiful faces and designer wardrobes. To my surprise, Jacqueline Susann’s novel was more than a glittery cornucopia of sex, drugs, and the bright lights of Tinseltown. Valley of the Dolls is a novel with sharp teeth. The novel is sympathetic to the plight of the main women, Anne Welles, Jennifer North, and Neely O’Hara, but this doesn’t mean that fate is a benevolent guardian. Unlike the film, the end of Susann’s novel is bleak, hinting that the characters will only further descend into unhappiness.

Although the novel was published in 1966, the themes are rather timeless. Money, power, fame, and the pursuit of everlasting glory. Idealized beauty viewed as the sole purpose of Hollywood starlets, beauty as an unreliable currency, the absence of beauty as the downfall of a woman once poised at the top of Mount Olympus. Drugs as distractions and coping mechanism steadily turned into unstable and sinister havens. In contrast to the Hippy-Dippy Flower Child stereotype of the 1960s, Valley of the Dolls is far from peace, love, and understanding. It’s a “grim fable,” Simon Donnan argued via Slate, “It’s Thomas Hardy dark. It’s Balzac bleak. It’s Dostoyevsky greige. Nothing ends well. Success corrupts. Fame destroys. Dreams become nightmares. Money corrodes. Rich men are pigs. Solid middle-class men are boring. Country life is stifling. Big cities are snake pits. Nobody is nice. Everyone is a mess. It is, in other words, the perfect mirror for today’s fame/money/free shoes culture.”

And what about those dolls? The Times noted that Girls creator, Lena Dunham, posted  a still from the movie on Instagram with a caption that questioned the portrayal of medication. She wrote, “Lately I’ve been noticing that nearly every pop cultural image we see of a woman on psychiatric medication is that of an out-of-control, exhausting and exhausted girl who needs help. But guess what? Most women on meds are women who have been brave enough to help themselves. It’s important that we see normalizing portrayals of people, women, choosing to take action when it comes to their mental health.” Though she does have a valid point about the stigmas surrounding mental health and medication, I don’t think that Valley of the Dolls vilifies mental health disorders or generalize that all medications are inherently evil. In fact, the dolls seem to function as one of the few forms of relief from the chaos and heartbreak of reality.

Anne Welles is presented as the small town, “good girl” who moves to New York City in order to escape the conventions of suburbia. Blonde bombshell Jennifer North is a showgirl that wants to break free of her role as designated eye candy and be taken seriously as a performer. Neely O’Hara, the youngest of the trio, is a spunky, scrappy vaudeville performer with immense talent who quickly succumbs to the pressures of the Hollywood lifestyle. Their personas are not only used as film prototypes, but present in the media-fueled narratives attached to contemporary celebrities.

Valley of the Dolls not only delivers a searing indictment of of celebrity culture, but by extension, gender roles. The men in the novel are allowed to cheat, steal, lie, have multiple affairs, and emerge from the wreckage relatively unscathed. The character of Helen Lawson, a tough-as-nails Broadway veteran, understands that there isn’t any room for softness in show business.The women in the novel must claw their way to the top, forfeiting friendship and loyalty for the sake of relevancy.

Jennifer’s story is the most obvious example of the devastating demands of celebrity culture. When she’s diagnosed with breast cancer, Jennifer feels that her life is over. Without her physical assets, she knows that her already floundering career is finished. She knows that her worth is determined by her physical attractiveness. In a culture where personal capital is dependent upon beauty and youth, women are destined to lose. Ultimately, Jennifer commits suicide.

Don’t let its campiness fool you: Valley of the Dolls is not satire. Brooke Hauser, author of Enter Helen: The Invention of Helen Gurley Brown and the Rise of the Modern Single Woman, called the novel “a very angry book.” She added, “It showed the ugly, seedy side of womanhood. It showed what happens when women age and lose their beauty and what kind of double standard exists in society.” For the trio in Valley of the Dolls, womanhood is an inescapable trap.