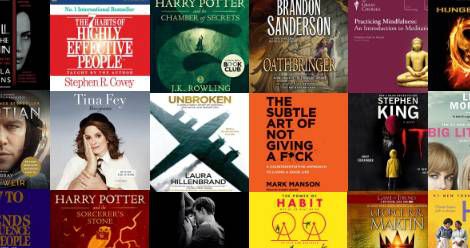 Listen up, people. Audible (you know, the reason why exercising is somewhat bearable) is celebrating their 20th anniversary this month. To help commemorate, Audible has released a list of their “Most Popular Titles from the Past 20 Years” in a variety of different categories. The most popular audiobooks in top picks for fiction have had successful film and television adaptations. Any initial ideas? Feast your ear-tongues on these memory pops. 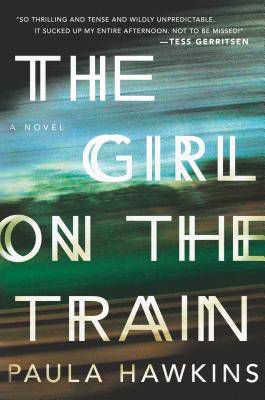 Most Wish-Listed
The Girl on the Train by Paula Hawkins
Narrated by Clare Corbett, Louise Brealey, and India Fisher

Most 5-Star Ratings
The Martian by Andy Weir
Narrated by R.C. Bray

Audiobooks Promotions Newsletter
Sign up for Audiobooks Promotions to receive special offers, new products, and interesting listens from the world of audiobooks, launching October 3!
Thank you for signing up! Keep an eye on your inbox.
By signing up you agree to our terms of use
The Subtle Art of Not Giving a F*ck: A Counterintuitive Approach to Living a Good Life by Mark Manson
Narrated by Roger Wayne

Most Repeated Listen
Harry Potter and the Sorcerer’s Stone by J.K. Rowling
Narrated by Jim Dale


It by Stephen King
Narrated by Steven Weber

Best-Selling Kids’
Harry Potter and the Chamber of Secrets by J.K. Rowling
Narrated by Jim Dale

Best-Selling Science/Tech
The Power of Habit: Why We Do What We Do in Life and Business by Charles Duhigg
Narrated by Mike Chamberlain

Check out these most popular audiobooks and bookmark them to your Audible list today!

The official list with descriptions can be found here. Find even more audiobooks suggestions here.