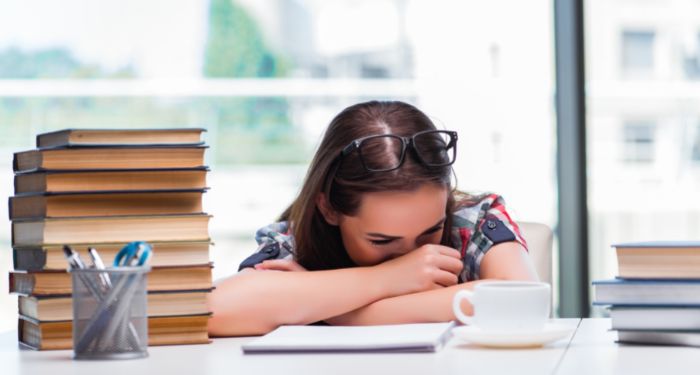 Boring book opinions are all alike; every controversial book opinion is controversial in its own way. Or something like that, anyway. I dunno, ask Tolstoy if I’ve captured the spirit of his famous line. I actually don’t believe it, though.

The truth is that there is a very fine line between a controversial book opinion and a boring one. Your “The Catcher in the Rye is boring and whiny” meets my “Actually, The Catcher in the Rye is a brilliant meditation on grief” right in the middle and neither one holds up under scrutiny; perhaps both are true, perhaps we’re both phonies. For reasons that I cannot fathom, opinions like “It’s okay to read nothing but graphic novels” and “Listening to audiobooks counts as reading” are still considered controversial, while also being incredibly boring.

Any opinion is controversial if someone holds the opposite opinion and both refuse to budge. But opinions can in fact be at odds and not be wrong! It’s wild, isn’t it?

Here is a controversial opinion of mine that I admit is unpopular, but hold deeply as the truth: Vera shouldn’t have stopped Nabokov from burning Lolita. It’s not that I don’t think the book has literary merit; it’s more a matter of readers having proven over and over again that they simply cannot draw the obvious conclusion that the book is not a love story and does not endorse Humbert Humbert’s actions. On the one hand, if readers cannot identify an unreliable narrator, they deserve what they get. But on the other hand, when they see a book as being about a seductive 12-year-old, it contributes to our living in a rape culture that allows government officials to say pregnant children should be forced to give birth, so. Sorry, Vlad. I think Vera should have let you burn it.

Another good way to stir up controversy is to claim that a book is queer when cis het readers don’t see it that way. “What do you mean, Harriet the Spy is a queer book?! Her sexuality isn’t mentioned anywhere in the novel! Are you sexualizing children?” Babes, I don’t know what to tell you. If queer people see themselves clearly on the pages of a book written by a lesbian, maybe it’s a queer book.

One of the biggest controversies in books today, as has been the case since, you know, books, is the various efforts to ban them. One of the problems with those efforts (as I see it) is that they approach the situation from the wrong angle. If groups behind the banning efforts were genuinely looking to reduce harm, they would take an entirely different approach.

This doesn’t mean that every book deserves to be read; for example, I would fully support removing To Kill a Mockingbird (a book that I personally love but no longer enjoy) from high school curriculums and replacing it with a Black-written book such as Roll of Thunder, Hear My Cry. But that doesn’t ban TKAM, it merely replaces it with a book that gives a different perspective. This shouldn’t be as controversial as it is.

You know what’s deservedly controversial? When a publisher chances the trim size partway through a series. STOP DOING THAT OMG. Come to think of it, people have extremely strong opinions on book sizes and formats in general, to the point that it is almost silly. While I was writing this, I checked in with my group text and two of them went on a huge tangent about hating mass market paperbacks, which I find utterly harmless.

I’m going to be very honest with you. I intended to write a semi-serious essay about controversial opinions, meeting in the middle, personal lines people won’t or can’t cross, et cetera. But the fact is that it all seemed silly when I sat down to write about it, and the things that don’t seem silly (like book banning and abortion bans and honestly anything with the word “ban” in it) seem insurmountable, so this is what I wrote instead. Here, have one last effort from me:

There. Enjoy the controversy.