Whenever I write a post picking on some books, I always feel the need to follow it up with one that showers praise on others.  I like to keep things balanced.  With that in mind, I thought I would nominate a few more books for the title of “Most Overlooked Book of 2011.”

I know. It made Salon’s list of the Best Fiction of 2011.  But that’s the first thing I’ve heard about it in months, other than when I was sitting in on Johnson’s panel at the Texas Book Festival in October. The novel is a modern-day reexamination of Poe’s only novel, The Narrative of Arthur Gordon Pym of Nantucket, which is mostly noted for being terrible. Johnson uses Poe’s problematic story as the inspiration for his tale of an out-of-work scholar trying to find redemption. In doing so, he creates what Salon describes as a witty  “satire of modern (and not-so-modern) racial attitudes.” He also takes on academia, the economy, and the end of the world, and he makes you laugh while he does it.  He manages to be respectful and irreverent all at the same time. He also introduces the concept of using Little Debbie Cakes as currency. That’s ground-breaking stuff.

The Hottest Dishes of the Tartar Cuisine by Alina Bronsky

Rosa Achmetowna is not only the character with the most difficult to pronounce last name that I’ve run across this year, she is also a nominee for the worst mother in fiction (not to be confused with the most evil mother in fiction).  She has good intentions, but she is severely lacking in terms of execution.  When her teenage daughter gets pregnant, Rosa first tries every folk remedy that she’s ever heard of to induce a miscarriage. When that doesn’t work, she decides she will just raise the child herself. She just knows that her daughter Sulfia would be a complete failure as a mother.  And that makes sense, given that she’s only had Rosa’s example to learn from.  All of this sounds pretty tragic, right? It should be, but there is something about it that makes you want to roll your eyes instead. Bronsky’s subtle humor makes it a lot easier to laugh than cry. 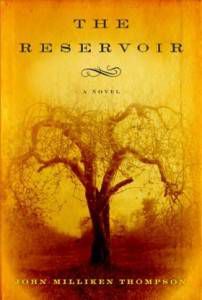 The Reservoir by John Milliken Thompson

I’m not a big fan of anything that belongs in the “based on a true story” family.  I don’t like that many historical novels, either.  I do like a good mystery, though, and I love the South.  That’s why I picked up the book.  I kept reading it because it turns out that Thompson is quite the storyteller. On a research trip in Richmond, he stumbled across newspaper clippings about a sensational murder trial from the 1880s, one that got national press coverage.  He only knew the story that was preserved in the archives, but it stuck with him.  In The Reservoir he attempts to fill in the gaps, weaving a tale that I can’t help but think is far more interesting than the truth.