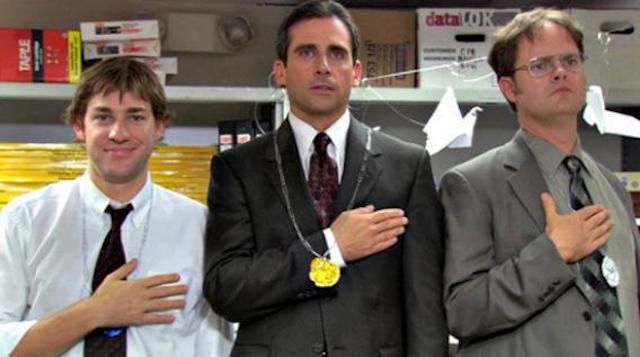 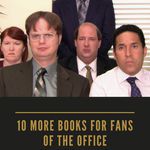 A few months ago we published the first edition of this list: books you should read based on these beloved episodes of The Office. Clearly, that list could only scratch the surface. The Office is a treasure trove of episodes and there are so many more books begging to be recommended for fans of the show. Please follow along, and find some new favorite books based on which moments in the office are your most memorable.

“Pilot”: A Visit From the Goon Squad by Jennifer Egan

There is not a ton of action in the first ever episode of The Office (U.S. edition), but we are introduced to the motley crew, all bound by their workplace and confounding boss, Michael Scott. And, even in its fledgling state, the first episode pulses with energy and potential. If you were immediately drawn in by this unlikely gang, you should check out Jennifer Egan’s cast-of-characters novel, all connected by one man (not Michael Scott, sorry to say).

The titular story of Yukiko Motoya’s collection is about a woman whose husband has stopped noticing her. She discovers bodybuilding as a means of regaining control in her life (plus she hopes her husband might finally notice her dramatically altered physique). “Basketball” also finds the characters of The Office using athleticism to try and win some attention. Lovestruck Jim Halpert hopes that his surprising basketball skills will help Pam see him in a new light. We know how that (eventually) turned out for Jim—check out Motoya’s memorable story to see if her main character fares as well.

“The Secret”: Harriet the Spy by Louise Fitzhugh

If amateur espionage is your thing, you probably loved this episode of The Office, wherein Dwight takes it upon himself to investigate whether Oscar’s sick day is, in fact, a sick day. He uses advanced techniques like “calling Oscar” and “spying on Oscar from his car.” But still, if you enjoyed this episode, you should branch out to the childhood classic: Harriet the Spy, for some more cutting-edge detective work. 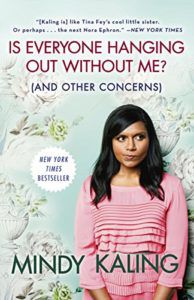 “Michael’s Birthday”: Is Everyone Hanging Out Without Me? By Mindy Kaling

If you are a fan of The Office, you should probably just read this book, which was written by Mindy Kaling (aka Kelly) and is accurate to Michael Scott’s mindset like 85% of the time. Michael hates being left out. In this episode, he is upset that no one is excited about or paying attention to him on his birthday. Maybe you loved it, maybe you related, either way you should check out Kaling’s hilarious nonfiction book.

“Ben Franklin”: Lincoln in the Bardo by George Saunders

In the “Ben Franklin” episode, the women of The Office celebrate Phyllis’s bachelorette party in the company of a historical reenactor playing Ben Franklin, who some of them believe to be a stripper. If this is your favorite episode of The Office, you might a fan of American history. Or maybe you’re a fan of manipulating American history. Either way, you will almost certainly enjoy George Saunders’s ghost story featuring one of our most famous presidents.

“Survivor Man” features Michael Scott venturing out into the Pennsylvania wilderness to prove to his coworkers that he can hack it in the outdoors. Annihilation by Jeff Vandermeer is about a group of women who enter the dangerous and mysterious Area X to see what they can learn about the territory, despite the failure of groups before them to thrive and/or survive. Sure, the stakes seem a little lower in The Office episode, but if you enjoyed Michael’s foray into the woods, you will definitely enjoy Vandermeer’s ramped up, sci-fi version.

If stories of lonely hearts and unlikely love are your thing, you probably loved this episode of The Office wherein lonely Michael falls in love with a model in an office supplies catalog. Similarly, Shteyngart’s book tells the tale of yearning from afar (hilariously so). You’ll enjoy seeing Shteyngart’s fictional romance through, despite the fact that Michael does not, tragically, find his chair model.

Toby Flenderson makes his escape in this season four finale. He is leaving behind chaos in the office as Andy is proposing to Angela, Ryan is getting fired from corporate, and Michael can’t seem to contain himself around Holly Flax, Toby’s replacement. If you loved watching the world burn around Toby on his way out, you will love deWitt’s hilarious novel about a mother and son who flee New York for Paris once they’ve run out of money. Chaos ensues.

In the episode “Mafia” Michael Scott becomes convinced that the man trying to sell him life insurance is part of the mafia, based on nothing except that the man is Italian. “Barn Burning,” one of the stories in Murakami’s The Elephant Vanishes, is also about how things that we do not actually see can still exist in, and inform, our reality. 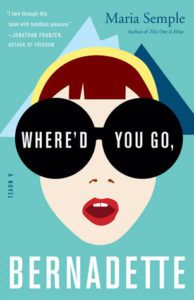 “The Search”: Where’d You Go, Bernadette by Maria Semple

Where’d You Go, Bernadette is a comic novel which features a daughter searching for her enigmatic mother by following a series of primary sources—letters, emails, receipts, etc. “The Search” is about Holly tracking a missing Michael through a series of uncanny instincts. Fans of this episode will enjoy not only Semple’s humor, but the piece-by-piece puzzling reminiscent of Holly’s search.

That’s it for this edition of “The Book You Should Read Based on Your Favorite Episode of The Office.” If you didn’t see your favorite episode here, check out the original post, or check back again soon for more books for fans of The Office.