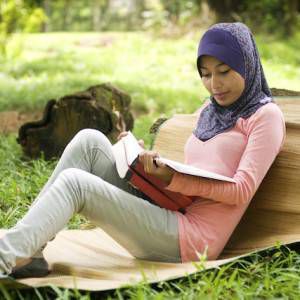 I love keeping tabs on news in the young adult book world, since it keeps me on top of trends, discussions, and more, it lets me begin thinking about my place as a writer and blogger within it. Because I watch and digest the YA news so much, I thought it would be worthwhile to do a monthly recap of the big news in the YA world as it relates to and interests general readers. I don’t have a snappy name (yet!) for it, but I’d be totally open to suggestions, and the punnier the better.

So let’s dive in to what August looked like in the world of YA.

The biggest news this month came from the New York Times, as a huge change was announced to their weekly bestsellers list. For years, the community — self included — have talked about the list’s lack of diversity and more, its lack of gender representation. Because the YA list included counts of ebook and paperback and hardcover sales, books available in all formats at the same time fared better. That’s also why books with movie deals also tended to climb the list and remain unchallenged.

This month, the Times changed how it’s doing the lists, and it will now separate out YA bestsellers by format. You’ll see the hardcover and paperback bestsellers. Here’s a look at the whys of the change, as well as the first newly revised lists.

Ultimately, this is a good, positive change that will better represent the YA world. But before getting too excited about it, it’s worth noting that it will still be books with massive marketing budgets and, most likely, primarily YA authors who have name recognition already. That’s not a bad thing, but it’s not going to radically change the number of newcomers we’ll see donning “New York Times Bestseller” on their paperback or later books. But something is better than nothing in this case.

If you’re looking ahead to the biggest YA books of the fall, here’s a sneak peek at a handful of the ones you can put your bets on. I wonder how many of these we’ll see grace the brand new New York Times list. I wouldn’t be surprised if it’s all of them (though the Riggs and Meyer titles will likely be on the series list). If you’re really, REALLY planning ahead, you can take a look at some of the spring 2016 YA book announcements, too.

But rather than a YA community choosing to be angry about this piece — though there was some of that — the response was instead made funny, as authors, readers, and other passionate YA fans took to creating fictional YA threesomes.

I cannot wait to see what that reporter thinks Harry, Ron, and Hermione have been up to.

@simplebookworm No one tell him about AN ABUNDANCE OF KATHERINES! @anneursu

Revisiting that day on Twitter made me laugh even harder the second time through.

I would be remiss if I didn’t mention the outstanding series at We Need Diverse Books which pairs a beloved favorite novel (which goes beyond YA to middle grade and picture books, too) with a diverse title: 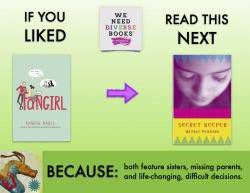 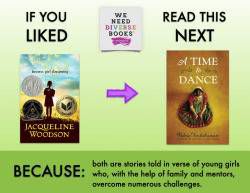 Check out all of their recs here.

Finally, a look at some book announcements and film adaptations worth taking note of from August: