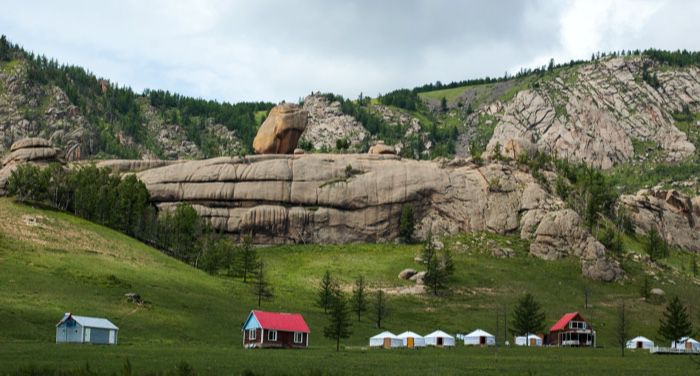 When I moved to Mongolia to teach last fall, I started looking for Mongolian literature in English translation. I had looked before leaving the United States, but I didn’t have any luck. I thought maybe it would be easier once I was actually here.

In the first weeks after I arrived, I took great joy in locating bookstores and popping in to see what I could find. I saw shelves of books whose covers and authors I recognized from the English speaking world that had been translated into Mongolian. I saw shelves and shelves of Mongolian literature. I have no idea what they are or what they are about, but it seems indicative of a thriving literary scene that maybe just hasn’t found a global audience yet.

The English-language sections in these stores, based on what I have seen so far, are small. What is there is a selection of classics, many of which are on the international school curricula here in Ulaanbaatar, bestsellers from the last 20 years or so, and a lot of self-help titles. There are a few memoirs by Mongolians, but they seem to have been written in English initially. There is very little new, and what there is definitely targets a younger audience. I have yet to find what I was hoping for on any of their shelves.

After a lot of searching online, a novel by a Mongolian author that had been translated into English (from German by Katharina Rout) came to my attention. It’s from a small press in Minneapolis, Milkweed Editions, that is known for bringing works in translation from indigenous communities, and it took a bit of effort to get a copy here. But I did. 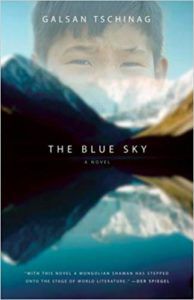 The Blue Sky by Galsan Tschinag is the first book in a trilogy about a young Tuvan boy learning what it is to be a man in his nomadic community in the Altai Mountains. The first book focuses on his relationship with his family, most specifically his adopted grandmother, his brother and sister, and his dog. They form the center of his world, and, by the books end, that center has proven that it cannot hold. It ended somewhat abruptly, in the middle of an emotional spiral, and it sent me looking for more.

There is an author’s note following the text (there’s a glossary of the Tuvan and Mongolian words used throughout the text, too), where he explains that this is an autobiographical novel. The first book is, in a sense, a story about losing faith in all that he had grown up believing, represented by Father Sky. The second book in the trilogy, The Gray Earth, talks about his time in a totalitarian school system, and the final book, The White Mountain, is an account of “the unavoidable mental breakdown of the adolescent forced to lead a double life.” 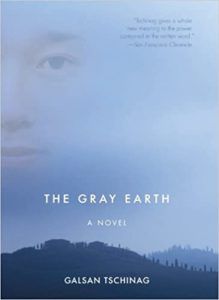 The Blue Sky is a beautiful and emotional start to the story, and it’s an invaluable look into the daily life of the nomadic groups that still live in the Altai Mountains. It’s a way of life that is definitely evolving, but that still exists today. I don’t know what to expect from books 2 and 3, but I look forward to finding out. My hope is to be able to incorporate these books into the curriculum at the school where I teach. It’s an English language school, and I think that reading literature from their own country in translation will be an invaluable experience.

The Blue Sky and The Gray Earth are currently available, while The White Mountain won’t be out until 2022 (according to Amazon).  Hopefully, one day there will be a lot of other Mongolian literature joining it on the shelves.

And if you’re looking for a coming-of-age story set in another remote community that has a very similar feel, check out The Last Brother by Nathacha Appanah from Graywolf Press (coincidentally, also in Minneapolis).