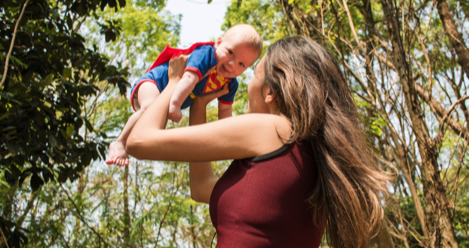 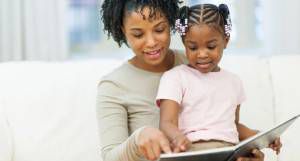 I’ve always been an avid reader, and before I got pregnant, it was pretty normal for me to read 200–300 books a year. Pregnancy and motherhood, though, threw quite the wrench into that. Between constant nausea and tiredness that seeped into my very bones during pregnancy, and then the chaos of single motherhood (by choice), it was only natural that my reading volume was affected. As time has gone on, however, my reading habits have slowly gone (almost) back to normal, thanks to caffeine, a natural ability to read fast, and staying up too late.

I’m often asked how I manage to read so much, but in addition to the factors mentioned above, it’s also this: I need to. I need to maintain my reading habits in order to stay sane, in order to still feel like myself. I love my son, but my life is larger than only motherhood. It includes work, friends, and reading. Reading has always, always been a huge part of my identity (which I’ve written about for Book Riot), and without it, it feels like a large part of myself is missing. The transition to motherhood was not easy (still is not easy, many times), and I have found solace in reading. As many women might admit, motherhood can be freaking lonely. It can be tedious and feel a bit like Groundhog Day, day after day after day, especially in those early months. Reading brought me comfort; losing myself in the stories of others broke up those hours in between feedings. When my son woke up 6 times a night and I barely slept, I would read. When I wondered what the hell I was thinking, doing this by myself, I read. When it started to become clear that my son had some developmental delays and I was scared and uncertain and sad, I read.

What did I read? I read memoirs and essay collections of other mothers and women. I read fiction. I read nonfiction. I read criticism. But most surprisingly, I read comics and graphic novels. I was never a big comics fan before—I read the occasional graphic novel (think Lucy Knisley), but never comics. I associated them with the Archie comics I read when I was a kid, or with teenage boys who had no friends (I’m sorry, but it’s true—and now I know how wrong I was to fall for that stereotype).

I cannot, for the life of me, remember how exactly I got into comics, but I think it was Book Riot’s fault. On the social media platform we use, people were talking about Bitch Planet, and I joined the comics chat thread, and, as they say, the rest is history. I could be wrong about that, so don’t hold me to that story. It could have also started with Star Wars—rediscovering the movies, and by default, falling into the comics community. What I do know is that I’ve only been reading comics for less than a year. Though I still feel like a newbie, I can say that the comics community, both online and at my local comic store, have been nothing but welcoming. Since becoming a mother, I have often felt lonely and adrift, but within the comics community, I have found my people. 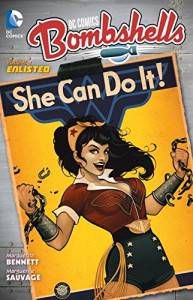 Yes, there is a theme—kick ass women, among other things. The never-ending fight of good vs. evil. No doubt the events of the last election and the events since Inauguration Day have played a part—never before has the saga of Star Wars held such relevance to me, with the rebellion/resistance and fighting the Dark Side. When motherhood and politics made it feel like life was getting really, really difficult, reading, especially reading comics, gave me hope and connection.

I identified with Hippolyta from Themyscira when she wanted nothing more than a child, and wept on the beach (in Rucka’s run), despondent because she thought she would never be a mother. Diana, her daughter, known as Wonder Woman, embodies the intelligent, strong, fearless warrior I would like to be—and would love my son to be.

Alana and Marko from Saga, despite the fact that they are extraterrestrials, portray so many aspects of parenthood in an honest way—from the experience of birth and dealing with this new tiny creature that you’re responsible for, to finding a sitter and reckoning with in-laws and family. 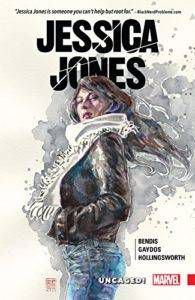 First introduced to her by her eponymous Netflix series, I was pleasantly surprised to read Bendis’s Jessica Jones: Uncaged and see her as a mother. Despite all of her flaws (and she has many), Jessica Jones is that tough on the outside, tender on the inside, shit-talking, no-bullshit-taking woman that so many of us have become since 45 was elected.

Hi-Fi Fight Club, set in 1998 in New Jersey, reminds me of my own adolescence in New Jersey, and I am a sucker for 80s and 90s nostalgia. Especially on those Friday nights where I’m elbow deep in diapers and watching Sesame Street with my son, wondering if I was always this boring. (Spoiler alert: no, I wasn’t.) 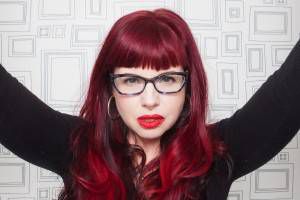 I could go on and on, and I haven’t even touched the real-life women who have written these comics—Kelly Sue DeConnick, G. Willow Wilson, Carly Usdin, and Noelle Stevenson, among others—who inspire me.

So how do I find the time to read? I have to. It’s a matter of survival. It is an act of self-preservation. I just never expected to find it in comics.