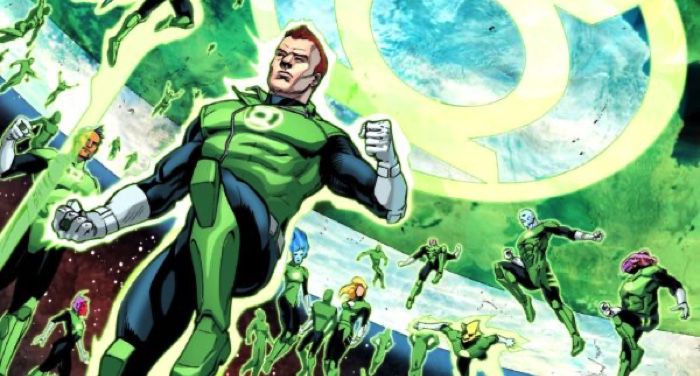 One of the things I love most about the Green Lantern Corp is that it’s what Starfleet always claimed to be: actual infinite diversity in infinite combination. You may recall our recent discussion of one Ch’p of H’lven, first of his name, a squirrel who joined the Corps in the hopes of freeing his people from the evil Doctor Ub’x and his army of Crabsters. Today, we go to the other end of the size and credulity spectrum.  Allow me to introduce:

Interesting Lantern Fact: Mogo is responsible for guiding Green Lantern Rings to their new guardians after the death of the current one

Creators: Alan Moore (shocking no one) and Dave Gibbons

Mogo has interacted with various species in various ways at different times. Initially wishing to remain remote from other sentient beings, it often sent holograms when it needed to communicate, though Mogo did sometimes allow beings to live on its surface; sometimes it informed them it was aware and observing them but more often it didn’t so much do that (peeping planet). Mogo was able to shift its features and climate to suit the needs of those dwelling on it when it so desired.

Though Mogo usually remained stationary, it did have the ability to move about the galaxy, as it did when it lost communication with the central power battery on Oa during the Black Lantern incident. Whereas the other members of the Corp needed to battery to charge their rings, Mogo needed it to sustain consciousness; when Hal Jordan, possessed by Parallax, destroyed the battery, he destroyed Mogo’s food supply. Unable to recharge, Mogo lost consciousness and fell prey to beings who stripped it of its resources and damaged its environment (no, they weren’t humans, but they sure could play them on TV). Kyle Rayner found Mogo and recharged it with his power ring; Mogo offered to allow the beings to stay, planning to avenge itself upon them with bad weather, but they opted to abandon it and go elsewhere.

When the Green Lantern Corp was reformed after the Parallax incident, Mogo decided to allow the members of the Corp to visit its surface whenever they wished, a sort of private get away for them between missions. It also counseled new Lanterns who were having difficult balancing their civilian and Corps lives.

Mogo was the planet upon which the decisive battle of the Infinite Crisis arc was fought. During the Sinestro Corps War, Mogo was targeted because it was the entity directing power rings to new bearers when current holders died in battle; without his guidance, the Corp would collapse for wont of members. The Yellow Lanterns failed in their plan to kill Mogo, allowing the Green Lanterns to win the war. During the Black Lantern attack on Oa, Mogo redirected the rings of newly deceased Lanterns so that new recruits wouldn’t be drawn to Oa while the battle was being fought there and went to Oa himself to aid in the fight; the planet pulled the Black Lanterns into its core, constantly incinerating them so their regenerative powers could not be used to full effect. 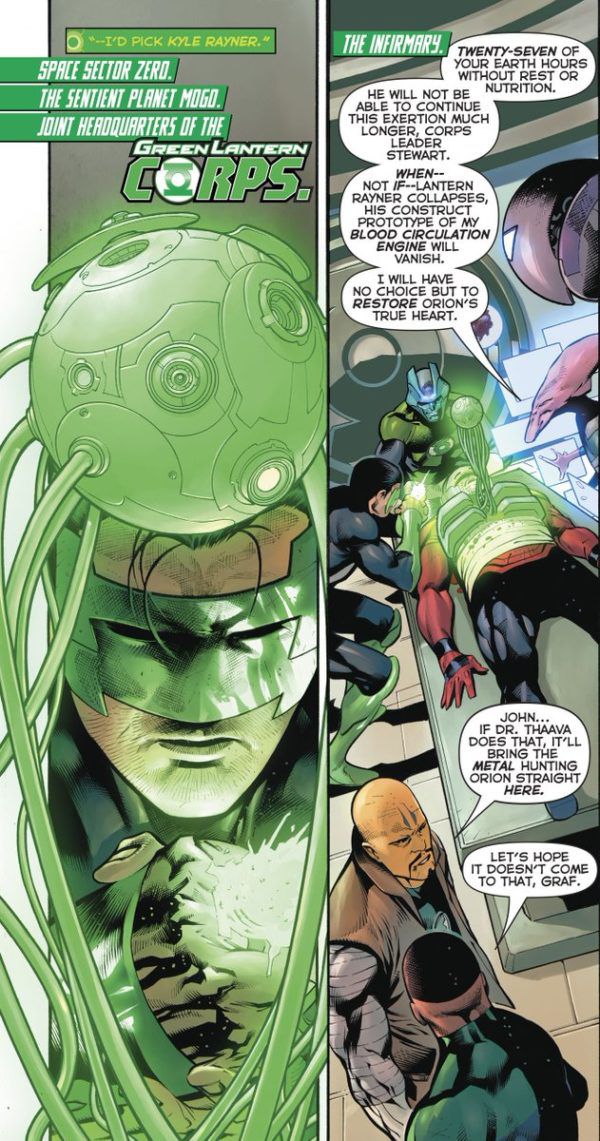 John Stewart was forced to kill Mogo when it was corrupted by Krona, a Guardian who had gone insane, and used to gather members of the Green Lantern Corp to be brainwashed. The pieces in orbit around Oa were gathered and cast into the sun. With the advent of the New 52, the Guardians told Steward the remaining fragments of Mogo appeared to be convening at a specific location. Steward was sent to track them and, en route, met up with Fatality, one of the Star Sapphires. Fatality told Stewart that Mogo was, in fact, two entities, one male and one female who joined together in the planet’s core. There are space pirates, because of course there are, and a fight with the Guardians, because they’re jerks, but everything turns out okay in the end and Mogo becomes the new Lantern Corps base of operations.

Mogo is, by the 31st century, long dead (again, probably natural causes this time. Maybe?) Without it, there is no way to redistribute power rings to successor Lanterns. Only Sodom Yat remains and he will need to find a way to rebuild the Corps without Mogo to assist the Legion of Super-Heroes in their battle against the Legion of Super-Villains.

And there you have it. The planet who was a space cop, a spa, a babysitter, and a buckler of space swashes. Let’s hear it for Mogo!