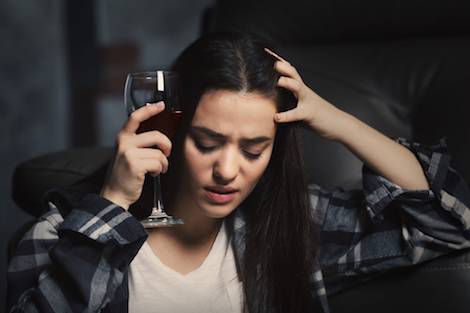 This is a guest post from Gretchen Lida. Gretchen is an essayist and an equestrian. Her work has appeared in The Washington Post, Brevity, The Rumpus, The Washington Independent Review of Books and many others. She teaches composition in Illinois, lives in Wisconsin, sometimes lives on Nantucket Island and is still a Colorado Native. She is working on her first collection Beware the Horse Girls: Essays for the Awkward Equestrian.

The CD player in my car only works if you whisper sweet nothings to it. When I pop in an audiobook from the library, I console it as I slide in the disk. I tell it that I know how hard it is to the same darn job since 2003, but I need it now. Then it throws an error code; I take the CD out, put it back in, set it on track two and 47.8% of the time it plays. And as a struggling millennial, with a mortgage amount of student debt and a rewarding but poorly paying set of jobs (that’s right, jobs plural), getting the cranky old thing fixed is pretty darn low on the priority list. 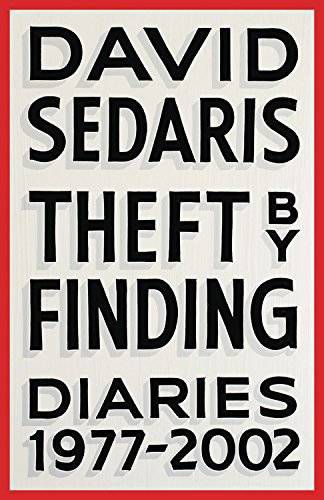 Now as the old car sputters sadly down the street, David Sedaris’s latest book, Theft by Finding, crackles through the speakers. Theft by Finding is a compilation of Sedaris’s diaries starting when he is 20 in 1977 and ending in 2002 when he is 45. It took me more than a week to listen to those first few discs. Listening to young Sedaris consistently list how much money he has, which bills he has missed, which crappy job has screwed him over, year after terrible year sent me into dizzying spirals of panic. It was just too close to what my life felt like.

“It’s never going to end.” My mind screamed. “The world is a terrible cesspit of despair.” It harmonizes louder. I often had to turn it off and plug in something else to try to calm down.

Of course, I went back and kept listening. David Sedaris finishes his degree at the Art Institute of Chicago, he moves to New York, writes plays with his sister, slowly his work gets more and more noticed, he even falls in love.  Then I remember, yes, even America’s personal essay heavyweight was a hot in mess in his twenties.

In a life where our social pipelines are populated with Instagram engagement photos and first house Facebook updates, it’s easy to feel like we have failed if we haven’t found stability or the perfect partner by the time we reach 25. It’s even easier to believe this myth of 20-something success if we watch too much TV or only listen to pop music. “Over 28?” these mediums ask, “You might as well be 98.”

For the most part, the ages of 20 through 35 are just a lot of terrible work. Sure, we don’t have quite as many responsibilities, and there are a lot of amazing things that happen, but money is tight, the first of life’s real  disappointments hit us, and the older generation freaks out in our direction as we do our best to yank ourselves upwards.

Fortunately for us bookish millennials, there are lots of writers out there to remind us that we are not alone in this slow crawl towards a life of our own. Lindy West got an abortion at 27 and begged the clinic to let her pay for it after she got it because she had to wait for her next paycheck. Salman Rushdie barely finished his novel in time for his first child to be born after quitting his job for a marketing agency. Cheryl Strayed fought with heroin in her 20s and got divorced from her first husband when she was 27. Ta-Nehisi Coates dropped out of Howard University and struggled to find stable employment. And Roxane Gay ran off with a stranger she met on the internet after leaving an Ivy League school.

Now, Lindy West has a column in The Guardian, and her collection of essays Shrill: Notes from a Loud Women is a national bestseller. Salman Rushdie has published eleven novels and is considered India’s Hemingway. Cheryl Strayed’s memoir is now a movie, and she travels the world. Ta-Nehisi Coates writes Black Panther comic books, interviewed Obama for The Atlantic, and is now one of the great writers about race and class of the 21st Century.  And as for Roxane Gay, she now has a Ph.D., teaches, and was interviewed on the Daily Show about her latest book, Hunger: a Memoir of (My) Body.

Of course, not all of us are going to find ourselves on bestsellers lists or talking to Trevor Noah about our books, but many of us do figure it out after a while. All of the memoirs by the authors listed above reminded me that no life worth living ever came easily. They reminded me that me and my crappy old car, with its crappy old CD player, are just starting out, and that like a good piece of writing, a good life is often full of revisions and false starts. So what if I feel a bit too much of a mess; like David Sedaris, I will just keep turning the page and put a new date at the top.