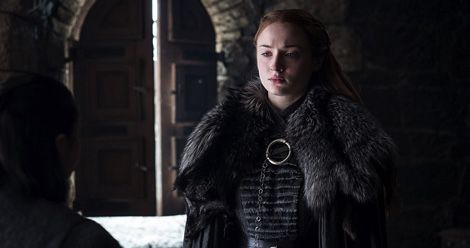 HBO’s adaptation of George R. R. Martin’s series, A Song of Ice and Fire, has taken the world by storm since it first premiered in 2011. While no one is safe from harm in this show infamous for killing off its main characters without warning, GoT has developed a pattern of humiliating, torturing, objectifying, and hyper-sexualizing their female characters more than any male character on screen. As one of the biggest shows on television, one has to wonder what message it sends to its audience when the majority of its female characters are subjected to some form of abuse for the sake of shock factor.

There are strong female leads on screen, like Cersei Lannister, Daenerys Targaryen, Arya Stark, and Sansa Stark, who challenge the norms of their misogynistic society with their wits or physicality. But Game of Thrones takes two steps back in the path of progress by subjecting the majority of their female leads to some form of mistreatment by either torturing, degrading, assaulting, or sexualizing them. And it’s important to understand why women are the ones constantly being objectified and punished on screen in this global sensation of a show.

In Game of Thrones, men make difficult decisions for entire kingdoms, go to war, and are able to speak out and rise in the ranks, but the majority of the women are forced into loveless marriages, are abused in some way, or are only able to rise in power with the help of the men they have relationships with. They are often portrayed weaker, passive, emotional, able to be manipulated, or are overtly sexualized compared to their male counterparts.

There is a key distinction between the men and women’s strife in the Game of Thrones show, which Kelly Kanayama, a reviewer on The Nerdist, wrote about in a piece called “Game of Thrones Needs to Stop Punishing Its Female Characters,” “Jaime gets his hand cut off, Tywin dies from a gut shot on the toilet, Theon loses a very important part of himself… However, the important distinction is that, except for Theon’s torture, what happens to these men isn’t sexualized in the same way as the violence inflicted upon Daenerys or Sansa or Cersei…”

Kanayama goes on to say, “Female characters can be smart, diplomatic, possessed of incredible mental fortitude, capable of breaking someone’s spirit with a single word, and none of it can save them from sexual abuse.”

Why Does this Form of Abuse Exist in GoT?

One explanation as to why women are constantly abused in GoT is by studying the concept of voyeurism which is the “practice of obtaining sexual gratification from observing others,” according to Merriam-Webster Dictionary.

Laura Mulvey, a British, feminist film theorist, discusses voyeurism in her essay, “Visual Pleasure and Narrative Cinema,” “[M]ale characters are active subjects who look upon female characters as passive objects. Likewise, the look of the camera, the way the shot decisions of the director frame the narrative, is also inherently male and places the female body on display for audiences.”

In other words, men often turn towards pop culture, like GoT, to gain pleasure from a distance. They enjoy watching a woman’s body on display, so directors continue to show scenes that sexualize the women in GoT because they know it’ll get a reaction from the audience.

And the characters who do escape sexualization, like Arya Stark and Brienne of Tarth, are often ones who embrace more masculine roles in the show. Their physical strength and ability to wield a sword saves them from being sexually abused, hinting that if a woman doesn’t “fight like a man,” they will be abused at the hands of others. One reason why this persists so much is that men are often the ones creating mainstream pieces of media and, therefore, continue to spread of these sexist tropes.

For years, women have been written to be damsels in distress or objects for males to claim, and due to this continued trope and the ever-present male gaze, it’s no surprise when women are punished or abused at a man’s expense or have their bodies exhibited on a screen as if they were merely a prop on a film set. Women on screen have been reduced to their sex and are only called strong when they overcome abuse at the hands of men or learn how to fight in battle.

Some examples of abuse in Game of Thrones

One particular scene that displays the male gaze is in season five of GoT, where Cersei Lannister is forced to walk through Casterly Rock, naked, where townspeople taunt, throw garbage, spit, and humiliate her until she breaks down in tears. This scene puts Cersei Lannister on full display for characters in the show and the audience to gaze upon her dirt-covered, naked body for minutes on hand to get the full effect of her punishment.

People gain satisfaction from female nudity in media. There’s a reason why Game of Thrones is one of the most watched television series of all time and why they consistently show some form of nudity in nearly every episode they air. Showrunners understand their audience and what it takes for them to cling to their screens, and that is the clear mistreatment and objectification of women.

For example, Daenerys Targaryen, whose character is a teen in season one, was shown nude in the first episode of GoT and was sold off to a man who then raped her on screen. From the moment the show began, she was treated as a sex object by other characters around her, and then she fell in love with the same man who purchased her, which fans seem to fawn over.

Sansa Stark has also lived a rough life since season one, but it all escalated when she was raped by her husband, Ramsay Bolton, in front of Theon Greyjoy, where Ramsay states, “You grew up with her as a girl, now watch her become a woman.”

Why is this scene necessary? Why is Ramsay using Sansa’s body to hurt another man who is forced to watch this rape play out? Why are these scenes normalized in pop culture?

One of the creators of the show, David Benioff, stated that these forms of violence should be expected in a show like this by saying, according to Harper’s Bazaar, “It’s still the same basic power dynamic between men and women in this medieval world. This is what we believed was going to happen.”

Apparently, dragons are more realistic, in a show that these creators have complete creative control over, than treating women with respect. By considering an egalitarian society to be “unrealistic,” they are further perpetuating harmful misogynistic tendencies by portraying the abuse of female characters, on screen, as the “norm” or something to be expected.

Explicit rape scenes are never vital to a storyline because it only sensationalizes a disgusting action or is used as a plot twist. Rape scenes are another form of the male gaze where, most often, women are forced into heinous situations, on screen, simply because it’ll gain more views or cause some buzz.

Pantozzi further comments about this scene, which is one of many instances where Sansa is abused at the hand of a man: “Sansa managed to get herself out of one abusive relationship before it went too far, only to find herself in the exact same position. What does this do for her story? Nothing. Sansa is already a survivor. You’ve put her through another trauma for the sake of another character.”

What’s dangerous about the writers of Game of Thrones continuously putting their female characters into abusive situations is that this further reinforces patriarchal norms that are ever present in our society and mainstream media, today. It normalizes the idea that women have to survive abuse, strife, and objectification in order to be called “strong.” They perpetuate the idea that a man is strong on his own, but a woman must battle society and constant oppression to show off their strength when they are so much more than that.

The writers of Game of Thrones have a responsibility in what they choose to present to their audience. GoT writers have the ability to set trends and influence their massive audience, and yet they continually exploit their female characters. By continuing to treat Cersei Lannister and Sansa Stark, among many other female leads, as objects rather than subjects, the writers of the show further reinforce the idea that women are only defined by the men they have relationships with.

This sets the example for impressionable men, who are the show’s top viewers of Game of Thrones, that they are allowed to treat women as sexual objects if the majority of the men in this show do. It solidifies the idea that women are lesser, more docile, and rightfully subjected to sexual and physical punishment unless they “fight like a man” as Arya and Brienne of Tarth do.

The majority of the women in GoT are reduced to their bodies and aren’t given the opportunity to show off their intelligence, perseverance, and strength without facing some sort of abuse along the way. Are Cersei, Sansa, Arya, and Daenerys strong characters? Yes. After all they’ve gone through, their individual displays of resilience are something that an audience should be in awe of. But why must women survive rape, oppression, and public humiliation in order to be seen as strong in Game of Thrones?

It’s time that women, in media, are represented with the same dignity as their male counterparts where the level of their strength isn’t defined by the amount of physical, mental, and sexual abuse they have to survive. It’s time that popular shows break away from abusing their women characters for the sake of likes and views.

Jessica Chastain, an advocate for women’s rights, recently tweeted about the mistreatment of women in media, “When violence against women is used as a plot device to make the characters stronger then we have a problem. It is not empowering to be beaten and raped, yet so many films make it their ‘phoenix’ moment for women. We don’t need abuse in order to be powerful. We already are.”

When violence against women is used as a plot device to make the characters stronger then we have a problem. It is not empowering to be beaten and raped, yet so many films make it their 'pheonix' moment for women. We don't need abuse in order to be powerful. We already are.