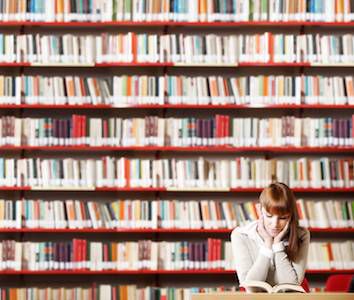 Last year, the Missouri House and Senate debated and eventually passed a budget for 2015. The governor then signed this budget. This approved budget allocated $3.5 million to public libraries. It also allocated $3.1 million for Internet and digital services for libraries. Of that $6.6 million, Governor Nixon has only released $724,000 and only to libraries serving communities of less than 40,000 people.

What’s more, the Missouri House and Senate are currently debating the budget for the next fiscal year and Governor Nixon has proposed ONLY $724,000 for libraries next year. For the Kansas City Public Library alone, the cuts remove $100,000 from their annual budget. This will lead to reduced collections and reduced staffing. Smaller libraries will feel this budgetary pinch even worse.

Libraries across this state that I call home are worried. Steve Potter, the CEO and director of Mid-Continent Public Library, recently wrote a plea for help on his official blog. There are petitions to be signed on both iPetition and Change.org.

When the time came to meet with the governor, however, things turned dark. Without having a chance to plea their case or even see Governor Nixon, they were thrown out of the office. While Nixon’s office is saying that the teens were too loud, Wick Thomas was there and describes what he felt rather differently:

Shock, more than anything. Teens were asking questions that Nixon’s office just did not want to answer. (Director Crosby) Kemper was in the room, so they would not have been too loud with the library director in the room. It was being thrown out, definitely. It was a state trooper that escorted us out and he said he would call backup if we didn’t leave immediately.

Crosby tried to cooperate, asking if Nixon or his representatives would meet the teens and discuss the library issue outside, where they would not interfere with office business, but their request was declined.

Libraries are a fundamental pillar of the community. They offer a safe refuge for children to learn. They provide Internet access to those who cannot afford it at home. They protect our greatest literary treasures. Librarians, the saints that they are, are the keepers of keys to the world of books. They are the ones who take someone who liked The Hunger Games or Harry Potter and help guide them into lifelong readers. Libraries, like education, cannot provide a hard-and-fast return on investment. Funding a library is funding the future.

So what can we do to help?

According to Wick Thomas, the time is now to convince Nixon to save the libraries:

Contact local senators and representatives, especially since (Nixon’s) recommended the same cuts next year and they’re currently debating the budget. Keep calling. Sign the petition. The end of the fiscal year is in June.