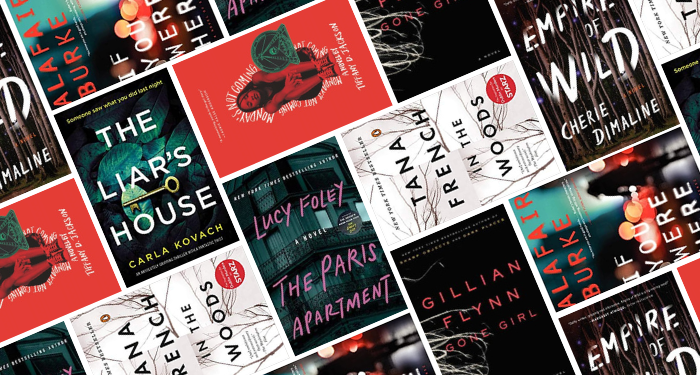 This content contains affiliate links. When you buy through these links, we may earn an affiliate commission.
Poisoned Pen Press, an imprint of Sourcebooks 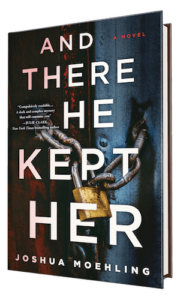 Sheriff's deputy Packard leads an investigation into two missing teens in idyllic Sandy Lake, Minnesota. What started as a simple burglary in search of prescription drugs turns into a nightmare for all involved. As clues dry up and time runs out to save them, Packard is forced to reveal his own secrets and dig deep to uncover the dark past of the place he now calls home.

Murder mysteries are fun and all, but there’s nothing quite as exciting as the intrigue of a good thriller where someone goes missing. Maybe they’ve been kidnapped. Maybe they’re hiding away for undisclosed reasons. And yeah, maybe they have been murdered. The possibilities are open for all kinds of creepy storylines and plot twists. And because of that, each and every thriller about a missing person ends up being so different from the next. You never really know where the story is going to go or what to expect.

So are you excited about reading more stories where people go missing? You will be after you read about these books. Here are eight must-read thrillers featuring stories with missing people. You’ll never be able to predict where these stories are going to go or what the characters are going to do. But you can definitely have fun trying! So get your detective hats on (or not, if you’d rather just sit back and enjoy the ride) and settle in for these exciting, edge-of-your-seat thrillers where people go missing. 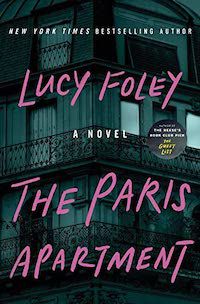 This is one of the buzziest thrillers of this year, and yes, it’s about a missing person. It all starts when Jess journeys to Paris to stay with her half-brother, Ben, at his fabulous apartment there. Ben doesn’t seem super excited about her coming, but Jess is desperate for a fresh start and an escape from her current life, so she goes to Paris anyway. But when she gets there, Ben is nowhere to be found. And the longer her half-brother stays missing, the more Jess becomes suspicious that something is amiss. As Jess begins investigating Ben’s strange disappearance, his life in Paris becomes even more curious to her, and all of his neighbors seem extremely suspicious. 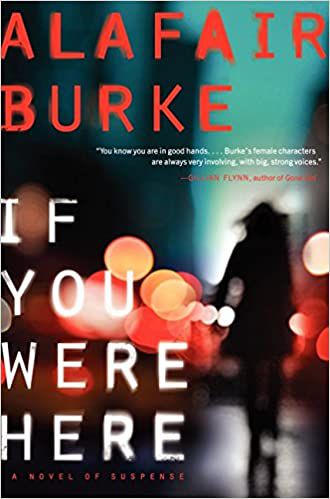 If You Were Here by Alafair Burke

Alafair Burke’s If You Were Here follows the story of magazine journalist McKenna Wright, who is investigating a fascinating urban folk tale, a story of an unidentified woman who pulled a teenaged boy from the subway tracks, saving him from an oncoming train. But when McKenna finds a short video that captures the incident, she discovers something shocking. The woman in the video looks exactly like Susan Hauptmann, McKenna’s close friend who disappeared a decade earlier. What began as a quick story for a magazine now becomes a desperate and dangerous search for McKenna’s missing friend. 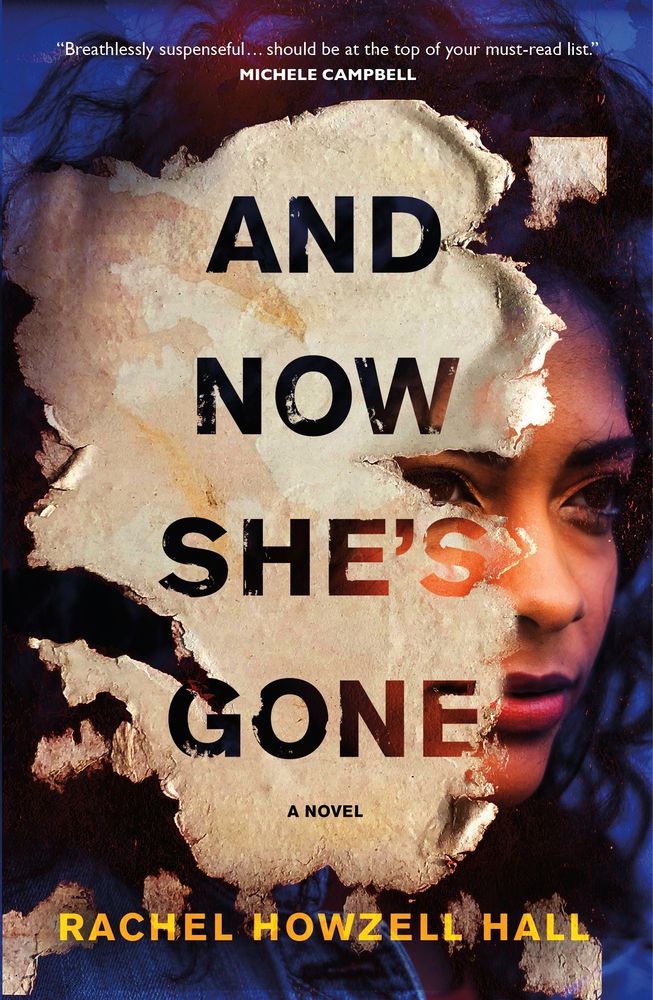 This twisty thriller starts off when Isabel Lincoln goes missing — but is she really missing, or is she hiding? Now, it’s up to Grayson Sykes to find her, but she’s reluctant to search for someone who might not be interested in being found. And as Gray dives deeper into her investigation, she begins to uncover secrets about Isabel’s life that the woman never wanted anyone to know. And the hunt becomes more and more dangerous for Gray with every new and surprising revelation. 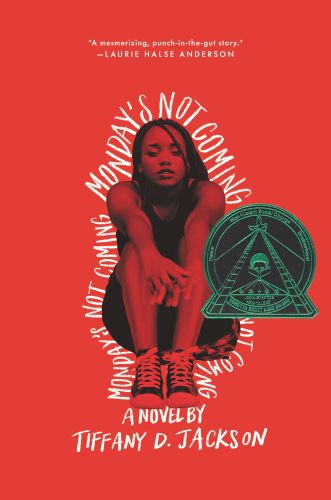 I’m at that point in my reading life where I’ll read anything Tiffany D. Jackson writes — I’m so excited for her upcoming Carrie retelling The Weight of Blood. But Monday’s Not Coming is one of Jackson’s best. This YA novel is about Claudia and Monday, two friends who are practically inseparable. So when Monday doesn’t show up for school, Claudia notices her absence right away. After a week goes by with no word from her friend, Claudia is extremely worried. There’s no way Monday would just leave without saying anything to Claudia, not after everything they’ve been through together. But Monday’s family refuses to help or offer up any answers, and no one seems to be able to remember the last time they saw her. How could Monday just disappear without anyone noticing she was gone? 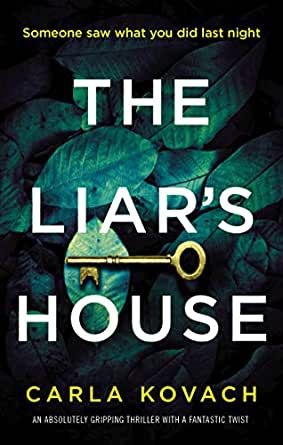 The Liar’s House by Carla Kovach

The Liar’s House is the fourth novel in the Detective Gina Harte series, but if you feel like jumping right ahead to this one to get straight to the missing person story, then you’ll be able to follow along just fine! Seven years ago, Samantha left a party and stumbled out onto a busy street, never to been seen again, Now, on what would have been her 35th birthday, her best friend Diane finds a letter addressed to Samantha on her doorstep. When she opens up the letter, Diane is shocked to find a birthday card and a fingernail painted in dusky pink nail polish — the same color Samantha always wore. 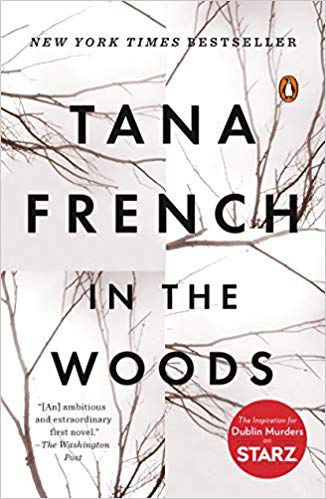 Tana French is another personal favorite of mine, and In the Woods is the first novel in French’s Dublin Murder Squad series. This one is interesting because it starts with a missing persons case, but then goes in a surprising direction. In 1984, three children go out into the woods in a quiet Dublin suburb. But only one of them returns. And he has no recollection of what happened. Twenty years later, the one found boy, Rob Ryan, is a detective on the Dublin Murder Squad. When a 12-year-old girl is found murdered in the same woods where Rob’s friend’s went missing, he can’t help but wonder if the cases are connected. 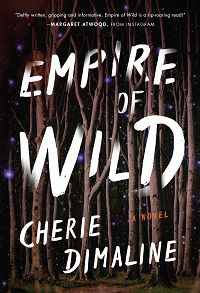 This missing person thriller is a little different from the other ones on this list. Joan’s husband has been missing for almost a year, but at the beginning of the novel, he appears again. The mystery comes in as Joan tries to figure out what happened to her husband and what he’s become. After missing her husband for a whole year, Joan hears the unmistakable sound of his voice coming from a revival tent in a Walmart parking lot one random morning. When she goes to investigate, there he is. She recognizes everything about him, and yet he insists he’s not who she says he is. And Joan begins to suspect something dark and sinister is at play. 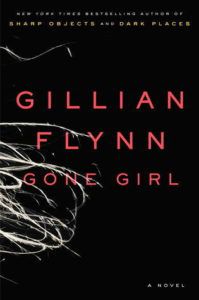 Could we really make a list about thrillers featuring missing people and not include the classic, Gillian Flynn’s Gone Girl? This novel has been an endless source of inspiration for the thriller genre, specifically stories where someone goes missing. Nothing beats the twists and surprises you’ll be hit with when you read this story for the first time. If you haven’t been spoiled for this story, go into it knowing as little as possible (as I did) and you’ll have a great time. And if you do know this story, then it needs very little introduction. On Nick and Amy Dunne’s fifth wedding anniversary, Amy goes missing. All that’s left behind is an open door, a wrecked house, evidence of a violent exchange, and a diary that might hold the clue to where she’s gone and who’s responsible for her disappearance.

If you’re looking for more awesome thriller suggestions (specifically thrillers about missing people), check out these mysteries about missing siblings. And if you want all the hottest thriller news and recommendations, subscribe to Book Riot’s newsletter Usual Suspects.