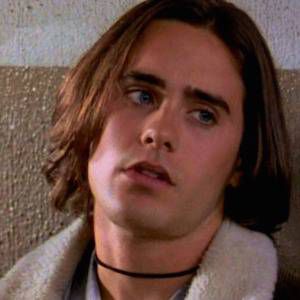 Earlier this week, LOGO fulfilled my teenage angst nostalgia by running a My So-Called Life marathon. The show, which was unfairly axed after one season, starred a fifteen-year-old Claire Danes as the introspective and highly relatable Angela Chase. In addition to attempting to navigate tension at home and explore new friendships with wild-child Rayanne Graff and Rickie Vasquez, Angela was desperately in love with Jordan Catalano (Jared Leto). Jordan was the dreamy, seemingly out-of-reach bad boy with good hair that was really great at leaning against lockers, selling reasonably passable fake IDs, and writing emotive songs about his car. While watching the show, I couldn’t help but connect the show with the Jessica Darling series by Megan McCafferty. Both protagonists are whip-smart and inquisitive, but highly critical of the world around them, especially when it comes to adults. 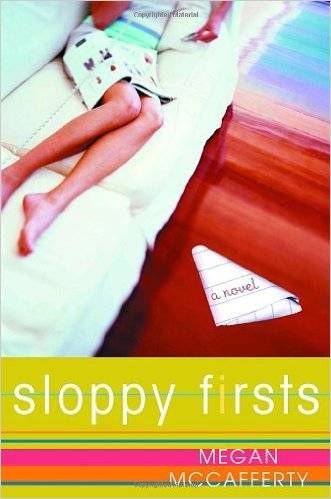 In the first book, Sloppy Firsts, we’re introduced to Jessica Darling, a reluctant track star from Pineville, New Jersey who is desperate for something other than the monotonous bubble of her suburban high school. For the sake of social stimulation, she entertains a shaky alliance with the Clueless Crew, a group of girls who are a less harsh version of the Plastics from Mean Girls. Much like Angela Chase, Jessica’s sarcasm often acts as a front for her insecurities and anxieties.  She lives much of her life in her head, especially since her best friend, Hope, moved away to Tennessee. She keeps a journal, often addressing her questions to Hope, as though her friend is all-knowing mystic.

Enter human enigma, Marcus Flutie. Marcus, following the playbook of a closet intellectual Jordan Catalano, is mysterious and enticing, instantly catching Jessica’s attention (and heart) despite her protestations. He’s frustrating and surrounded by a cloud of contradictory rumors that may or may not be true: reformed druggie or eternal burnout, proud lothario or sensitive and misunderstood romantic. Additionally, he may or may not have contributed to the death of Hope’s older brother, who died of an overdose. Jessica, who is an Honors student and has never so much as touched a cigarette, can’t help but feel drawn to Marcus, who somehow always knows the right thing to say to keep her hooked. He’s charming in the way that all Good Girls find irresistible. The prospect of danger can turn a crush into near obsession.

However, unlike Jordan, Marcus can actually read (sorry Jordan, you’re still a babe!). He writes Jessica a poem that blatantly references original sin and the Garden of Eden, transforming curiosity into a desperate need to know his true intentions. His affection for Barry Manilow, the greatest showman of our time, adds character depth, chipping away at his facade of an emotionally unavailable Casanova. Unlike Jordan, Marcus is considerably much more thoughtful, owning up to his mistakes. He’s not afraid to be vulnerable or tell Jessica how he really feels about her. Much to the frustration of viewers, Jordan spent the majority of the series dodging and avoiding a relationship with Angela, even going so far as to tell her that she never meant anything to him.

The idea of opposites attracting, especially the Misunderstood Rebel and the Good Girl, is a relationship trope that has been explored countless times in literature and film. Yet a show such as My So-Called Life has endured due to its nuanced and sincere portrayal of the trials and tribulations of the teenage experience. The show touched upon universal topics such as zits, falling out with childhood friends, underage drinking, and even sexual identity, but it’s a testament to the strength of the show’s writing that makes it such a pop culture touchstone. McCafferty’s Jessica Darling series explores similar subjects without dumbing down their heroines. Marcus Flutie may have borrowed some of the recognizable traits of Jordan Catalano, but ultimately, he’s a considerable upgrade.