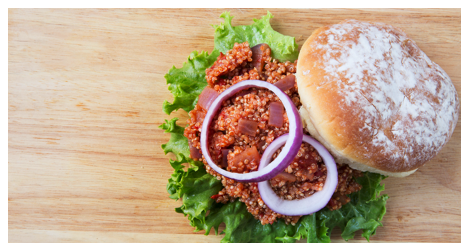 I read my first Baby-Sitters Club novel when I was 10. The book was Jessi’s Secret Language, and it was part of the classroom library. I had seen BSC books around for a few years but never read them until that one fateful day. I’m not sure what I liked about them, but I soon read all the BSC books that I could get my hands on, much to the dismay of the school librarian who thought I should read more challenging books.

It was 1995. The internet was not widely available, and certainly not in the homes and schools of the western suburbs of Sydney where I grew up. I didn’t watch a lot of American television or movies, and so everything I learnt about America I learnt from books. There were a few words that were unfamiliar, and some that *were* familiar but seemed really strange in the context in which they were used. But none of these unknown words or strange concepts really mattered, in the scheme of things. They didn’t really affect my enjoyment of the story and context was usually enough for me to figure out vaguely what they meant.

And so, for a long time, I thought that Americans were a funny kind of people who ate jumpers (sweatshirts), put ice cream on bread to make sandwiches, ate peanut butter mixed with a sweet gelatin dessert, and would weirdly boil bread.

Then I moved to America and married an American and all those books from my childhood suddenly made more sense.

It turns out that sloppy joes are not a kind of sweatshirt but instead a kind of food – as a ten year old, I was imagining Mallory Pike cooking up jumpers and socks for her brothers and sisters to eat. A bit strange, but I shrugged it off.

Ice cream sandwiches are actually made with biscuits (cookies) and ice cream, not bread. Imagine a couple of scoops of ice cream between two slices of white bread. My ten year old self couldn’t see how that was appetising, but ten year old me also didn’t really care: “Okay, Americans are weird, let’s move on. What happened next?”

“Jelly” is what we call jam, so “peanut butter and jelly” isn’t as impractical and gross as I originally thought. What we call jelly is what Americans more commonly refer to as jello which, much like the ice cream sandwich, I didn’t really understand how it would be made. Did you make the jelly, let it set, then cut it out to put on bread already covered in peanut butter? Why would you do that? That’s an awful lot of effort for someone who’s just baby-sitting for a couple of hours. But again, there were more pressing plot points that I was more focused on.

And that last point, about weirdly boiling bread? I only recently discovered that what Americans call “broil” is what Australians call “grill”. “Broil” looked a lot like “boil” so I just imagined it as a weird kind of boiling. Two years ago, when I was in America for the first time, I stayed at an AirBnB where the host had left instructions for breakfast. She wrote to toast the English muffins in the broiler, but it *still* didn’t occur to me that broiling was nothing like boiling. I ate the English muffins cold on that trip.

Since moving here, my husband and I have discovered a whole host of words that have meanings other than what we originally thought. Words like “peg”* and “lemonade”** actually have vast differences in American English and Australian English. I had thought that my diet of American books, television and movies gave me a pretty good understanding of American culture, and that we share a common language, but it turns out there are far more hilarious differences than I ever realised.

*Peg, In Australia, refers to the small object you squeeze open and then let close to keep clothes on a clothesline. Clothespin?
**Lemonade, in Australia, is a carbonated soft drink that tastes vaguely lemon-y. Sprite is lemonade. 7-Up is lemonade. The drink that’s a mix of water, sugar and lemon juice doesn’t really exist, except at some large fairs and market type places, where it would be referred to as “old fashioned lemonade”. But it’s not something you would order at a restaurant or pub.