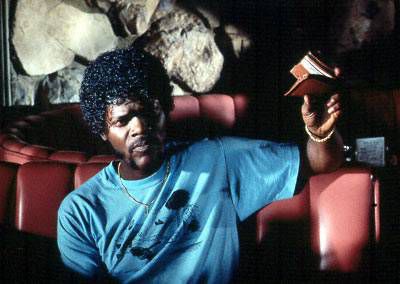 I used to be such a good little reader. I always finished my books, even ones that were only so-so, even ones that were… bad. The authors had put in all that hard work, see, and the thought of tossing their books aside made me feel lazy and weak and – most of all – arrogant. Who was I that I couldn’t tolerate a little dullness now and again, a few unsympathetic characters or limp plotting? DNF’ing a book (especially those Big Important Ones that end up on so many Big Important Lists) simply wasn’t an option.

Boy, have things changed. Of the last five books I’ve started, I DNF’ed three. 60 percent! Be gone, bestseller over which the publishing world has swooned for more than a year! Step aside, new novel by a National Book Award winner! Adios, latest work by a certified literary genius!

What have I become?

A Bad DNF’er, that’s what. But the thing is, I can’t decide whether or not I mean ‘bad’ in the Shaft theme song sense of the word or in the doing-myself-a-disservice-as-a-reader kind of way.

Because, see, on the one hand, I feel liberated. Making greater use of my local library (and therefore not feeling the burden of having shelled out big bucks for new hardbacks) has provided me with easy access to a whole lot of new releases, which of course means a TBR pile taller than the average professional basketball player. But such a pile could be a real downer, rather than the pillar of excitement it’s meant to be, if there was no hope of escaping the middling selections by any means other than simple endurance. DNF’ing a book I’m not enjoying (I usually set a minimum limit of 50 – 70 pages before allowing myself to surrender) feels great, like I’ve been handed a Get Out of Book-Jail Free card. Then comes that pesky other hand.

After the thrill of discarding one book and getting to start another one recedes, I’m hit by a wave of DNF’ing remorse. What if 50 pages wasn’t enough? I’ll bet I was right around the corner from really getting sucked in. So many people like this book; what am I missing?

Soon enough, guilt sets in. The Shaft theme song halts abruptly. Sad-sack Charlie Brown music replaces it. I’m not that kind of reader, I tell myself. And in a lot of ways, it’s true. Some of the best books I’ve ever read challenged me and pushed me around and made me dizzy with their density or their ‘where-is-this-all-going-ness.’ They’ve made me a big advocate for so-called “difficult” books. But if I picked one of those up now, would I discard it proudly, never to know what I’d missed? It’s enough to keep me up at night.

The crappy thing about my conundrum is that I already know what the solution is. Why crappy, you ask? Well, because knowing an answer and putting it into action are two very different things. The fix, at least as far as I can tell, is to develop a DNF policy and refer to it when the situation demands. I could adjust the size of my minimum page limit depending on the length of the book, I could allow more leeway to books by authors I’ve read and enjoyed before, I could insist on going 25 pages past the point where I’ve decided to not finish the book, just to be even more sure that I really want to put it down, and I could even set a rough limit on the number of books I allow myself to DNF per month or per year, just to ensure that it doesn’t become a lazy habit.

And who knows? All of that might even work. But there’s a part of me, eaten up with doubt, that fears I’m becoming the bookish equivalent of a bad sitcom womanizer, unable to commit to a good book because I’ve invented some tiny flaw and used it as an excuse to toss aside what would have been an enjoyable read. I don’t want to be making eyes at the books on my bedside table, the ones begging me to DNF my current read, to which I should be giving my best effort and full attention.

Maybe I should go back to my former ways, trudging through every book, no matter what. Because really, that’s the only way to guarantee that I don’t miss out. That’s the safe play.

Man am I bad at being bad.