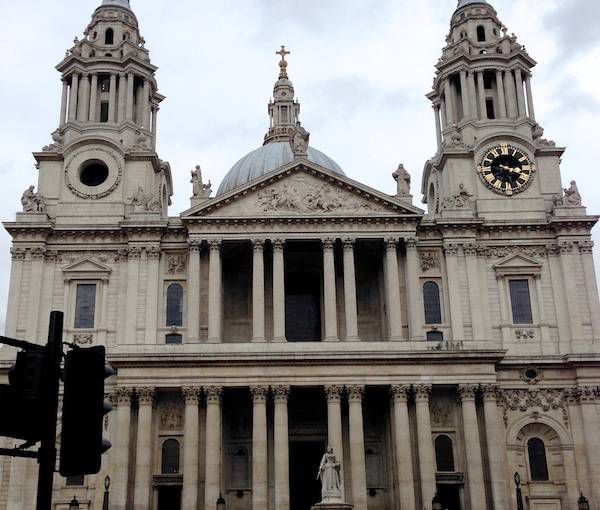 As a general rule novels that contain maps can be considered superior to novels that don’t. Stick a map in a book and its appeal instantly increases. But whilst tracking the route of the Fellowship through Middle Earth is fun and useful, maps in books set in “real” places offer something more.

Samantha Shannon’s bestselling debut novel The Bone Season is a clairvoyant dystopia set in Oxford, England. Its sequel The Mime Order then moves the action from Oxford to London. Living in the vicinity of London, the maps provided in The Mime Order thus offered me an opportunity: a day spent tracking down and photographing the locations in which the novel is set. Using the maps provided at the beginning of The Mime Order, here are some of the places I identified (the accuracy of this identification is unconfirmed). 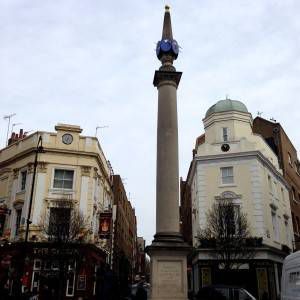 The clairvoyants of London have split the city into areas or “Cohorts” with each Cohort ruled by a gang or “Order” of clairvoyants led by a “Mime Lord”. Protagonist Paige Mahoney is part of “The Seven Seals” gang who inhabit Seven Dials, an area of London in the borough of Camden. The sundials at the Seven Dials junction feature in the plot of The Mime Order, and are portrayed on the book’s covers. 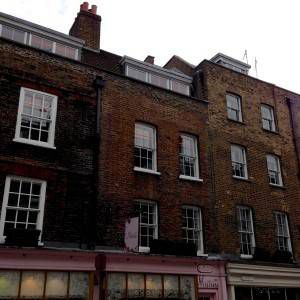 Leader of the Seven Seals clairvoyants is Jaxon Hall, known as “The White Binder”. The White Binder’s Den, which serves as the gang’s headquarter’s, can be found here on Monmouth Street. 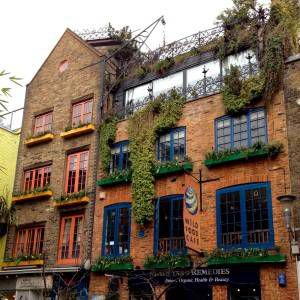 Down the street from The White Binder’s Den lies Chateline’s, a bar that Paige visits to collect rent, and eat breakfast. And behind Chateline’s lies Neal’s Yard: a beautiful courtyard which is another choice breakfast spot for the Seven Seals. 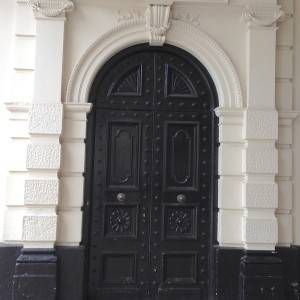 The Black Market is an illegal hang out where the trade in the tools needed for clairvoyance occurs. It’s entrance is opposite Covent Garden, a block away from the underground Black Market itself. Not particularly inconspicuous, but this door is perfectly located to be the Market Entrance. 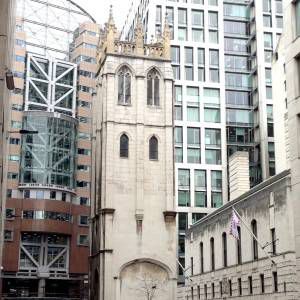 More easily identified were the settings in more famous or distinctive buildings. The Wood Street Watch Tower, the roof of which Paige and her friends camp out on one night, is the tower of St Alban’s Church. The rest of the Church was destroyed by Second World War bombing and the tower is all that remains, now standing on a traffic island in the middle of the road on Wood Street. 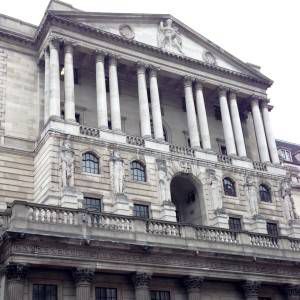 The Bank of Scion England can be found at the real Bank of England headquarters. Bank Station, where The Bone Season begins, is across the street. 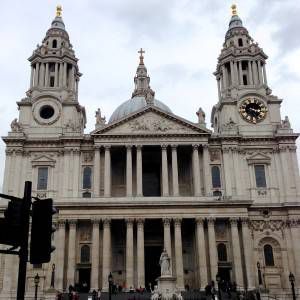 Scion, the ruling empire, has a distaste for religion, believing it to be too close to the illegal clairvoyance. Churches and other religious buildings have thus been repurposed. St Paul’s Cathedral has seemingly become Old Paul’s; the seat of Inquisitorial Courts of Scion London, where clairvoyants are traditionally executed.

Other locations from The Mime Order that can be explored include Camden’s markets, which in real-life are not very dissimilar to how they are portrayed in the novel. The Bone Season has equally good maps of it’s setting in Oxford to explore. And then I’ll be hunting down more fantasy novels with real locations to discover.