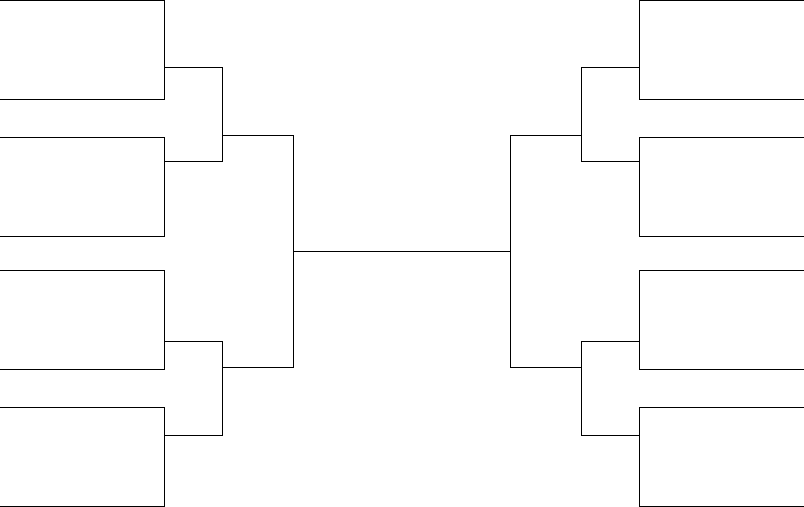 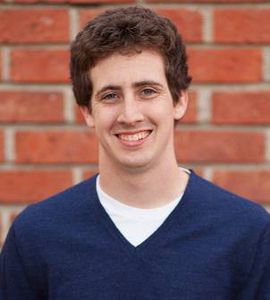 This is a guest post by Teddy Steinkellner. He is the debut author of Trash Can Days: A Middle School Saga, which was released by Disney-Hyperion on August 20th, and another upcoming YA book to be released in the summer of 2014. He is also the brother of regular Book Riot contributor (and book girlfriend) Kit Steinkellner. Please visit him online at teddysteinkellner.com or follow him on Twitter @TeddySteinkelln.

In writing my own middle grade novel, I frequently found myself looking to the all-time greatest kids’ book characters for inspiration. Then, because I’m obsessed with ranking things and declaring arbitrary winners, I decided to pit the best middle grade characters ever against each other in an NCAA Basketball Tournament-style bracket.

And here it is, for your consumption, right now.

I present to you… MIDDLE GRADE MADNESS.

First, before we proceed, a few super-quick ground rules:

-These are characters from middle grade books only. That means no picture books (sorry, Clifford!) and no YA books (sorry, lusty vampires!).

– Only one character per author. Otherwise this tournament would have been entirely comprised of talking rabbits, and no one wants that except for me.

–No characters from books released in the past five years. We need to see how characters linger in the cultural memory before we can designate them as all-time classics. We don’t want no Crashes, people!

-Everything I say is absolutely correct. Cool. Glad we cleared that up.

All right—let the madness commence!

Harry versus Harriet! Wizard versus spy! Glasses versus glasses! But, then again…

EDGE: Harry. Look, I’m sorry Rosie, but… you ruined everything.

I’ll put it this way. Which are you more frightened of: a small, slimy dude who has no grasp of proper pronoun usage… or a GIANT BRAIN?

Two classic middle grade archetypes. The Giver is the “sad old guy with a lifetime full of regrets.” Fiver is the “intelligent rodent with attitude!” Which do you think I prefer?

EDGE: Fiver. This one’s for all the tiny, fierce animals in kidlit: the rabid rabbits, the medieval rats, the motorcycling mice—even those warrior cats with names like “Firepurr” and “Darkpuss.” Respect to all you guys.

Wow. Things just got pretty real. Ramona versus Fudge. Cleary versus Blume. The ultimate battle for Best Annoying Younger Sibling with a Heart of Gold.

But wait—Fudge doesn’t really have a heart of gold, does he? He’s just legitimately irritating! Remember when he swallowed and killed that turtle? That was actually the worst!

Matilda is so good at reading that she develops crazy telekinetic powers. Johnny Tremain is so bad at silversmithing that he welds his fingers together into a little twisty baby hand.

6. Stanley Yelnats from Holes vs. 11. Turtle Wexler from The Westing Game

These are two smart-alecky kids who end up super-rich by the end of their respective books.

EDGE: Turtle. Shin it to win it.

7. Brian from Hatchet vs. 10. Karana from Island of the Blue Dolphins

The match-up between characters who have to survive alone in the wild for long periods of time! Who ya got—the boy or the girl?

Well, in Hatchet, Brian lasts on his own for 54 days. Impressive. In Blue Dolphins? Karana is on the island for… wait for it… EIGHTEEN YEARS. And she kills a crapload of dogs to boot. Dayum!

EDGE: Karana. I hate to say it, but… sigh… girls rule, boys drool.

2. Charlotte from Charlotte’s Web vs. 15. The Girl Who Died from Bridge to Terabithia

I don’t remember the name of the girl who dies at the end of Bridge to Terabithia, and neither do you. It’s not important.

She dies, and it’s awful, yeah. But you know what’s worse? Some random spider on a farm dying. I think we can all agree that that’s the saddest thing to ever happen.

Harry was able to defeat the darkest wizard of all-time by busting out some weird, “I’m using a different wand than the one I was using before and now you’re dead!” logic, so do we think he’d be able to vanquish a GIANT INTERDIMENSIONAL BRAIN?

Ramona helped her dad get back on his feet after he lost his job and she got him to quit smoking. Fiver used his mystical powers to save a bunch of rabbits, which was great, but… ultimately, they were still just rabbits.

EDGE: Ramona. And yes, I know I just valued the life of a spider over that of a human like two rounds ago, so in case you’re keeping track at home, the order in which I value life goes: spiders > humans > rabbits. Cool. Thanks for playing.

Growing up in Southern California, I had to read Island of the Blue Dolphins approximately 57627929 times. Much love to you, Scott O’Dell, but NEVER AGAIN. The spider wins by default.

Ramona saved her family from being sad or something. Harry Potter saved humankind, plus, judging by book sales, probably also reading.

After Matilda vanquishes the Trunchbull at the end and moves in with Miss Honey, I feel like she gets a little cocky.

And what’s the last word Charlotte writes on one of her webs? “HUMBLE.” Boom.

EDGE: Charlotte. Keep your head down, Matil (is it all right if I call you Matil?).

And, after all—“I want my Mommy” and “Holy crap—we’re all gonna die someday!”—isn’t feeling those things for the first time kind of what middle grade literature is all about?