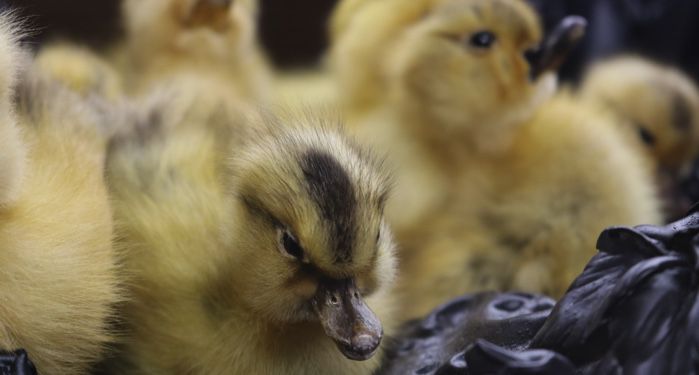 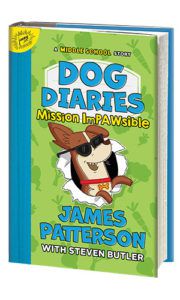 Grab your sunglasses and slather on the sunscreen! In this laugh-out-loud adventure for kids and animal lovers everywhere, summer is here and Junior is getting his very own doggy vacation. Junior is back with another tail-wagging tale of mischief-making! He’ll tell you all about the fur-raising time he had when his pet humans went on a trip without him, and the horrible place they left him. 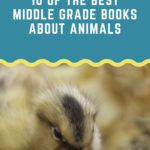 “Reindeer(s) are better than people.” —Kristoff (Frozen, 2013). And boy do I agree. People are fine, but they really pale in comparison to animals. From fuzzy puppies to scaly snakes to fantastical unicorns, they’re all better than us. Few people understand this better than young readers, who have some of the best middle grade books about animals right at their fingertips. From iconic series like The Saddle Club to enduring classics like Charlotte’s Web, there’s something for everyone, no matter your favorite animal. 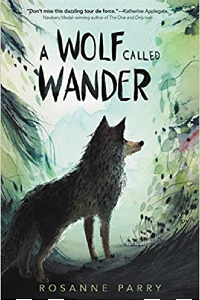 Inspired by the true story of a wolf named Journey, this novel spins a gripping tale of survival and perseverance. Swift, a wolf cub, finds himself suddenly separated from his pack after a rival pack attacks. Swift must flee across the Pacific Northwest to find a new place to call home. 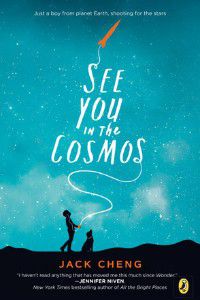 See You In The Cosmos by Jack Cheng

The classic tale of a boy and his dog gets a science twist. Eleven-year-old Alex Petroski loves all things space—he even named his dog Carl Sagan after his hero. His dream is to launch his golden iPod into space, just like how Carl Sagan (the person) launched his Golden Record on the Voyager. But as he records life on Earth to for other lifeforms, his own world keeps changing. Alex will discover the truth about his long-dead dad, and more family than he thought possible. 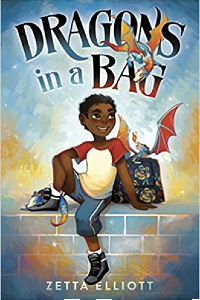 Dragons In A Bag by Zetta Elliot, Illustrated by Geneva B

Jaxon finds out his Grandmer isn’t his Grandmother, she’s a witch!  And this witch needs his help—raising baby dragons!!! There are only two rules: don’t feed them anything sweet, and don’t let them out of their bag. Before he knows it, Jaxon and his friends have broken both of the rules. Now they’ve gotta get the dragons back quick, before they’re lost in Brooklyn forever. 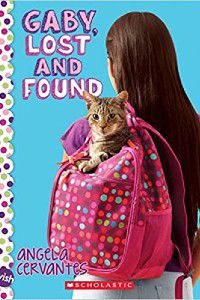 Gabby’s mom was recently deported to Honduras, and now she’s in need of a home. She spends her time designing flyers for the animal shelter, where all the cats and dogs need forever homes just like her. When Gabby’s favorite shelter cat, Feather, needs a new place to live, Gabby wants to adopt her. But unless she can find a home of her own, how can she help Feather? 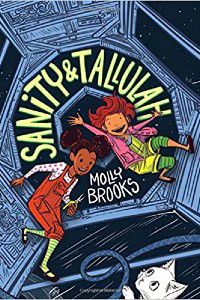 Sanity and Tallulah are best friends who live on a beat-up space ship called Wilnick. When Sanity uses her science skills to create a three-headed kitten, which definitely isn’t allowed, the first and only person she shows is Tallulah. But when Princess Sparkle, Destroyer of Worlds escapes, she quickly causes a calamity on the small ship. Now Sanity and Tallulah must find her, before they lose their home forever. 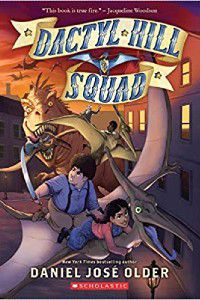 Magdalys Roca lives in 1863’s New York, where the Civil War and dinosaurs ravage the streets. Magdalys and her friends are out on a field trip from the Colored Orphans Asylum when the Draft Riots break out. Some of Magdalys’s friends are kidnapped by the evil magistrate, causing Magdalys and the rest of her friends to flee to Brooklyn’s Dactyl Hill neighborhood. There, Black and brown New Yorkers are safe from the chaos of Manhattan. Magdalys and her friends train to ride on Dactylback with the Vigilance Committee, but can they get their friends back before it’s too late? 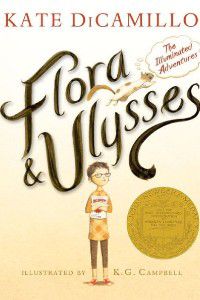 Flora and Ulysses by Kate DiCamillo, Illustrated by K.G. Campbell

Ten-year-old Flora Belle Buckman has enough on her plate with her parents’ recent divorce. Enter Ulysses, a squirrel whose near-death experience has left him with superpowers. The two bond over their changing worlds, becoming best friends. But Flora’s mother doesn’t like her daughter’s new rodent friend. She hatches a plan to get rid of Ulysses. Permanently. 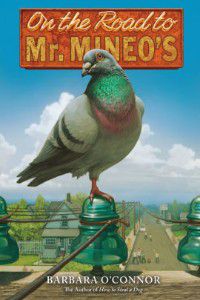 On the Road to Mr. Mineo’s by Barbara O’Connor

Sherman the one-legged pigeon arrives in Meadville, North Carolina, and flies right into Mutt Raynard’s head. Despite that rocky introduction, Sherman manages to make friends with everyone in Meadville. Meanwhile, Mr. Mineo is missing one of his homing pigeons. 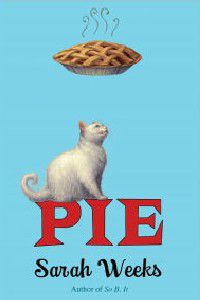 When Alice’s Aunt Polly, renowned Pie Queen of Ipswitch, dies, she wills her famous pie-crust recipe to her cat Lardo. And the super-cranky Lardo has been left in the care of Allie. So Allie sets out to solve the mystery, finding out quite a few things about herself on the way. 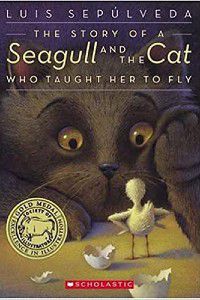 The Story of a Seagull and the Cat who Taught her to Fly by Luis Sepulveda, Illustrated by Chris Sheban

A seagull, covered in oil, manages to land on a balcony just in time to lay her egg. On that same balcony is a cat laying in the sun. The seagull makes him promise three things: that he will guard the egg, that he won’t eat the egg, and that he will teach her baby to fly. But how can a cat teach a bird to fly?