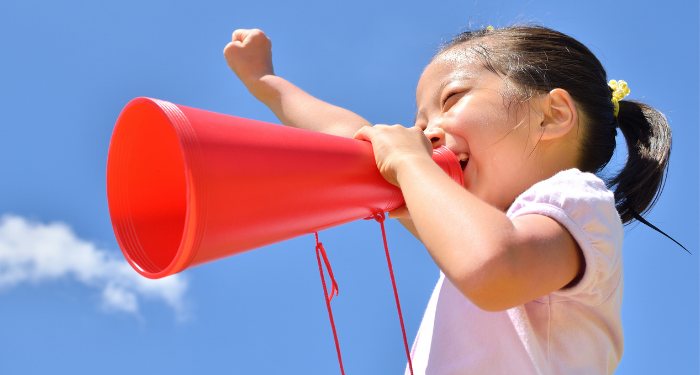 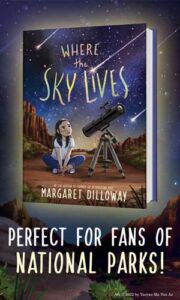 When the open-space private preserve adjacent to Zion National Park is sold to a construction company and her park archeologist mother tells her it’s time for them to move on, twelve-year-old Tuesday Beals's search for closure leads to unexpected discoveries. Will Tuesday be able to keep her world from falling apart and help save the park?

I remember, believe or not, being a kid in middle school and moved by so many books. I was a lover of The Baby-Sitters Club and wanted a cool club to meet with friends as well, and no one who was an avid reader as a kid can forget the fabulous Sweet Valley Twins (a spin-off of the magical and fun Sweet Valley High series), which followed the trials, tribulations and adventures of twins Elizabeth and Jessica Wakefield.

While these books were so much fun, I am thrilled that middle grade books have grown up so much when it comes to themes and diverse characters. I feel like, even as an adult, I gravitate towards middle school–related and age-appropriate books for the younger set that have some engaging themes and stories. Many even dive into the world of activism and fighting for one’s beliefs and right to be themselves.

From fighting for family rights to representing their beliefs, below are some fantastic middle grade novels that follow this theme to the max that the younger set (and even the older and more mature set) will dig into and enjoy. Happy reading! This lovely novel, which has won accolades and awards, is one to definitely add to your new stack of books about youth activism.

The book follows the story of Mia, an immigrant who has a secret from others. She currently lives at the Calivista Motel where her parents are employed, and spends her days working the front desk. While her immigrant parents clean rooms at the hotel, they also have a secret: they are hiding immigrants and giving them rooms for free, so they can get their footing in America. They are trying to keep this from the not-so-nice Mr. Yao, as they provide these rooms to those who need them. Also, Mia dreams of being a writer, and to use her voice for good, even though English is not her first language. Can she follow her dreams, help her parents with their current project, and keep herself protected from Mr. Yao? You’ll have to grab this one to find out.

Mia’s character is full of heart and courage, so this is definitely a great book to snag that features powerful themes. 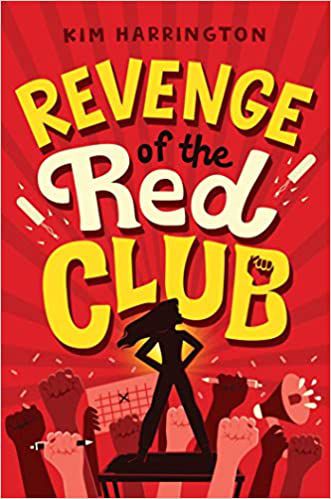 Revenge of the Red Club by Kim Harrington

This book tackles the real subject of girls getting their period in middle school, dealing with the sometimes challenging experience, and how other kiddos can band together to help each other.

In the novel, a young reporter called Riley Dunn dreams of follows her newsy aspirations as an investigative reporter in her school paper. She’s also a member of the Red Club, which helps tween girls survive their periods, as they stash supplies and even give each other clothing (such as cozy pants) for emergencies, as needed. But one day, the club is randomly shut down, so Riley decides to take the matter into her own hands so they can get the club back up and kicking. She also sees it as a chance to make a difference as a young aspiring journalist.

As a teacher myself, I also love that this boasts a journalism aspect, as well as driven characters. 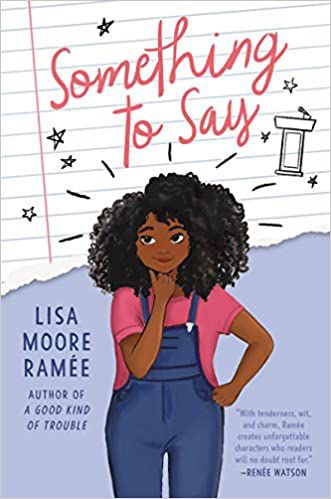 Something to Say by Lisa Moore Ramée

This book features cool themes, such as finding your voice and overcoming insecurity and shyness.

In the book, Jenae is a super shy 11-year-old girl who has no friends and seems okay with the solo life. She has a nice supportive system at home that includes her mom, older brother, and grandpa, who are always there for her. Then, one day, a cheerful boy named Aubrey shows up, and this guy seems determined to win her friendship over. There’s one thing, though: Aubrey has dreams of being in the debate team, and that is totally not for Jenae. When they are paired up for a class debate about a proposed name change for their school, Jenae realizes she might just have to find the guts within herself to present in front of a group after all.

This book promises moments any tween can relate to, when it comes to finding the strength to find your voice and rise up after all. 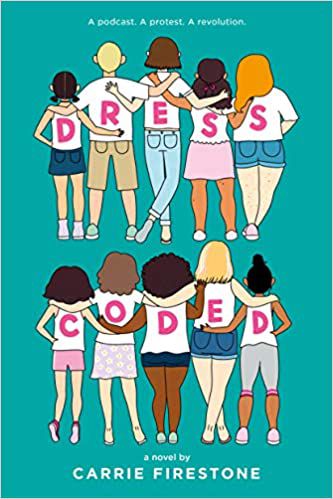 This book has the perfect story for middle school kiddos looking to showcase their thoughts and inspire change.

Molly Frost is angry, because all her friends are getting dress coded at her middle school over shorts, tank tops, and other types of clothing that deemed “inappropriate” at the school. Feeling frustrated at the whole situation, Molly makes the decision to start a podcast where girls at school, including her friends, can tell their own stories about being dress coded and their feelings about it all, especially how girls and their looks should not be deemed a distraction. Unbeknownst to her, she creates quite the revolution at school and beyond.

As a teacher, like I mentioned before about myself, this is a timely topic that kids, especially girls, go through daily, so it’s definitely an activist read worth adding to your list. This middle grade historical fiction book features the story of Stella, who is living and surviving issues in the segregated south in the year 1932 in Bumblebee, North Carolina.

The immersive tale follows Stella, who has learned to live her life with many limitations, such as what stores she can go into, which people are kind (and who are not), and how to avoid the Ku Klux Klan. One day, the Klan appears in her area, and her and her younger brother are witnesses to something terrible. Angry and done with this type of situation and open prejudice, she decides to fight for what’s right and inspire her community at the same time.

This wonderful book can teach some serious history to the younger crowd, while telling a story from the past that we can all learn from at the same time. Take Back the Block by Chrystal D. Giles

This book follows a young boy determined to fight against gentrification in his close-knit community where he has lived in his whole life.

Wes Henderson is a very stylish and proud kid living his life in the community of Kensington Oaks. One day, his peaceful bubble is shattered when he finds out that a real estate developer wants to purchase the area, and suddenly his friends are fighting and the adults are stressed. Wes wants to help as much as he can, to make sure his community stays intact. He wants his friends stay close, and those he loves not to have to move away, breaking up their super close neighborhood.

Full of themes that range from relationships and their struggles, to banding together to fight for your people and place, this is a book to pick up ASAP. 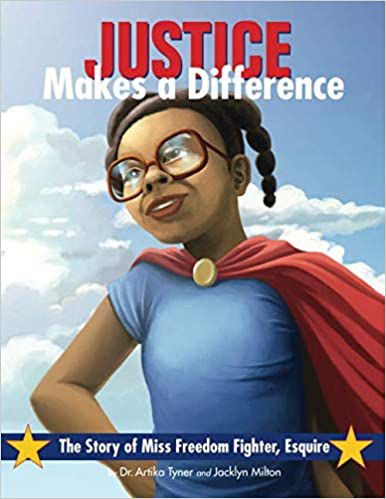 This book follows a tween inspired by her grandmother who wishes to inspire others as well.

In the story, Justice is inspired by her grandmother’s powerful words, which include lessons on how words and actions can always affect others. The book then goes on to explore Justice and her efforts to become her own superhero, even though she had doubts that she was too young to do so. She reads up and learns from other world changers and dreams about finally becoming “Miss Freedom Fighter, Esquire,” a superhero with a law degree that boasts an afro and a lot of inspiration and drive.

Full of themes that include strength and inspiration, this is the perfect book to hand to kids that dream of making a change themselves. Book Uncle and Me by Uma Krishnaswami

The story follows Yasmin, who loves borrowing books from Book Uncle as much as she can. Book Uncle is actually a retired teacher, who spreads literacy at a free lending library that he has created on a street corner in Yasmin’s community. Yasmin is upset when the mayor attempts to shut down the book lending library, because she feels it spreads knowledge and joy to herself and others. Yasmin decides to take matters into her own hands. Setting aside fears about how she cannot make a difference at such a young age, she rounds up friends, family and other community book lovers that want to keep the little bookish library alive.

I love how relevant this story is, especially in a day and age when other are trying to ban amazing books, and I love that it showcases a story full of bookish and reading love.

What other books about young activism are you looking forward to or currently love? Have any recommendations? Tweet at me @AuroraMiami and enjoy stacking up your TBR with these stories!