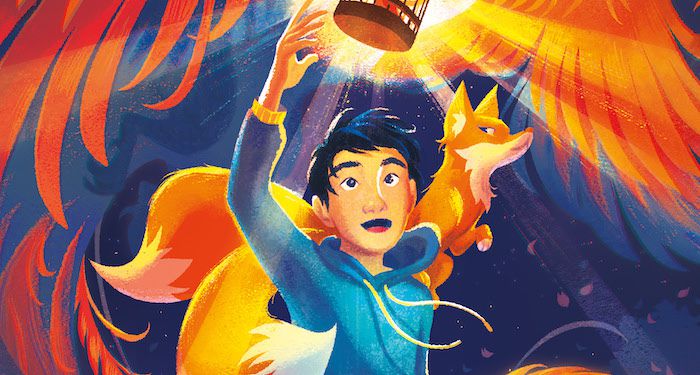 If you’re like me, when you find an author you love, you get pretty darn excited when they publish a new book. Lately, I’ve been noticing a lot of writers branching out into different genres and writing books for different audiences — sometimes both at the same time.

So it’s really cool to find books written by authors of adult fiction (by which I mean fiction for adults, not necessarily “adult” fiction like erotica) that are aimed at younger audiences. As an avid (adult) reader of middle grade (MG) and young adult (YA) fiction, this is an exciting trend. As a person with a young reader at home, this is exciting in more ways than one.

Sometimes works like this type of book — written for younger audiences but attracting adult readers — is referred to as “crossover fiction,” but you can call it whatever you want.

Regardless of what brings you to the MG and YA bookshelves, there’s some amazing stuff to be found there right now. And while some of these books are simply sweet or fun reads, many of them lean into the richness and beauty of marginalized cultures and identities so that in addition to telling a good story, they’re also celebrating and supporting diversity.

I do think it’s worth noting that the vast majority of the books on this list fall into the sci-fi/fantasy category. While I’m certain my own tendency toward these genres is partly to blame for this, I also think it’s interesting that there’s so much happening in SFF for young readers. Not that it’s surprising. After all, young readers love imaginative stories — I mean, think about fairy tales! — but it’s really cool to see such powerhouse writers creating works for MG and YA audiences.

So whether you’re looking for a book for a young reader in your life or just feeling particularly young at heart, I hope you’ll enjoy these books as much as I do! 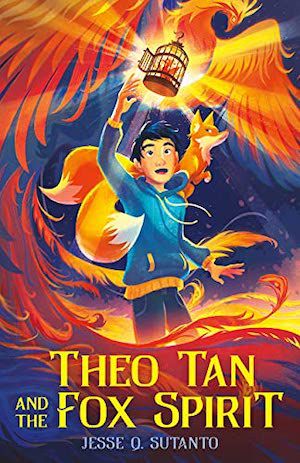 Theo Tan and the Fox Spirit by Jesse Q. Sutanto

Best known for her popular work of comedic women’s fiction, Dial A for Aunties, Jesse Q. Sutanto has ventured into MG territory with Theo Tan and the Fox Spirit. And I, for one, am really glad she did! This book is imaginative and compelling — and a good mystery, too! With the traumatic death of Theo’s older brother, Jamie, Theo inherits Kai, Jamie’s fox spirit. As if losing his brother wasn’t hard enough, neither Theo nor Kai is happy about this situation. But (here comes the mystery) it turns out Jamie’s death may not have been an accident, and it’s up to Theo and Kai to figure out what really happened to him. 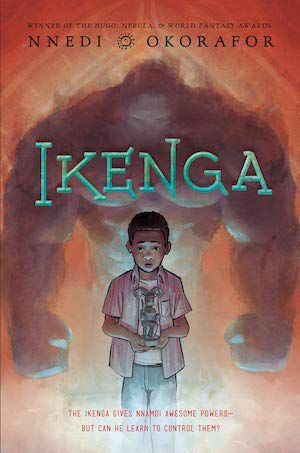 Perhaps best known for her adult fiction Who Fears Death and the Binti series, as well as her YA Nsibidi Scripts trilogy, Nnedi Okorafor also recently published this standalone MG novel. Ikenga tells Nnamdi’s story. When Nnamdi’s father, the chief of police, is murdered, Nnamdi wants to avenge him. The problem is, he’s only 12 years old and doesn’t know how to accomplish this feat. However, when a mysterious object imbues him with super powers, Nnamdi pursues his quest. 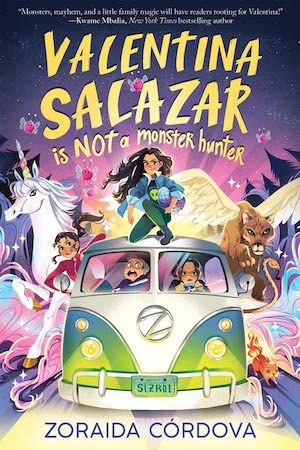 Valentina Salazar is Not a Monster Hunter by Zoraida Córdova

If you loved The Inheritance of Orquídea Divina (I certainly did!), then you’ll love some of the wacky family dynamics at the heart of this MG novel. The titular Val Salazar comes from a family of protectors — those responsible for protecting magical creatures who sometimes wander into the ordinary world (you know, our world) — but ever since Val’s father was killed in the course of this work, her mother has put a stop to all protector activities. Their lives have become pretty ordinary, but when Val learns of a mythical egg that’s getting a lot of attention, she can’t just sit idly by while things spiral… 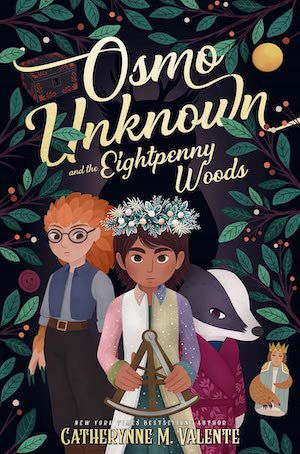 Osmo Unknown and the Eightpenny Woods by Catherynne M. Valente

Valente is beloved for her books for adults as much as her books for younger audiences. My personal favorite is Deathless, but perhaps her most popular adult novels are the two multiple-award-winning books in The Orphan’s Tales duology. Osmo Unknown and the Eightpenny Woods begins with Osmo living the life that’s expected of him. He’s feeling pretty trapped until his mother accidentally breaks the terms of a treaty and Osmo, as her firstborn child, is required to find the Eightpenny Woods in order to make things right. The Woods are, of course, magical and mythical and not so very simple to locate…and so the adventure begins! 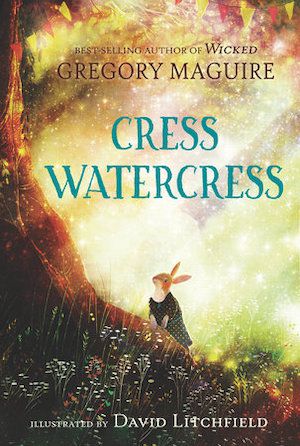 Gregory Maguire is perhaps best known for his 1995 novel for adults entitled Wicked: The Life and Times of the Wicked Witch of the West (and no wonder: it’s a true page turner!). Cress Watercress is a sweet tale, and David Litchfield’s stunning illustrations make it even more memorable. It follows young Cress, a rabbit whose father fails to come home after going out to gather honey one night. In search of safety and community, Mama Watercress moves Cress and her siblings to a new home — one populated by a lively and, at times, funny cast of characters (all animals, of course). 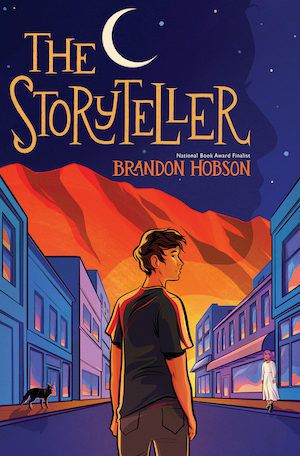 The Storyteller by Brandon Hobson

Okay, I’m sorry: The Storyteller isn’t scheduled to be released until April 2023. But I couldn’t help myself: after reading Hobson’s adult novel The Removed, I could not pretend I didn’t know this book was in the pipeline. It’s the story of Ziggy, a Cherokee kid who struggles with anxiety. One cause of that anxiety is his mother’s mysterious disappearance years ago, and the novel catches up with Ziggy at a moment when he’s determined to find some answers. Of course, those answers require some adventuring (dangerous though it may be), which Ziggy undertakes alongside a few of his friends. What he discovers is deeply tied to Cherokee history and storytelling (hence the book’s title). Keep your eyes out for this one! 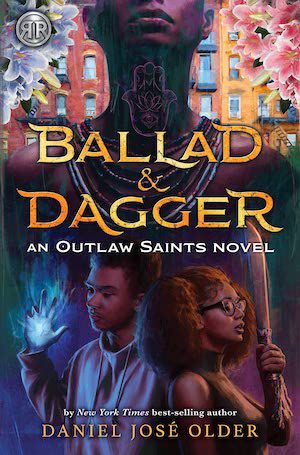 From the author of The Book of Lost Saints (one of my favorite magical books of all time) and the Bone Street Rumba series comes Ballad & Dagger, Daniel José Older’s latest YA endeavor. It follows Mateo Matisse, survivor of the sunken island of San Madrigal. Mateo (and others from San Madrigal) has made a new home for himself in Brooklyn, but everything gets turned on its head when he witnesses a murder during an annual celebration that honors the unique hybrid culture of his lost island home. This is the catalyst that sets everything in motion: Mateo’s powers, the mystery of San Madrigal’s demise, and more. This is the first book in the Outlaw Saints duology. 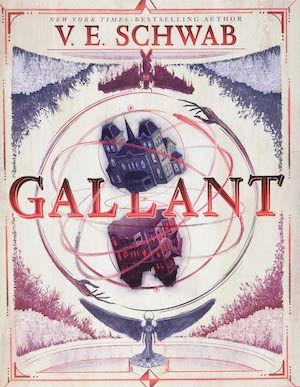 If you enjoyed The Invisible Life of Addie LaRue, you’ll love this standalone dark YA fantasy. It’s really different in tone from Invisible Life, but it has Schwab’s trademark philosophical undertones. Here, there’s an exploration of the darkness we all hold within ourselves and the lines that separate the living from the dead. Protagonist Olivia knows little of her past except what’s contained in her mother’s journals. She was raised in the Merilance School for Girls, but her whole life changes when she’s invited to return home to the titular Gallant. Her arrival is unexpected and unwelcome. Gallant is haunted — in more ways than one — and soon enough Olivia is confronted with a choice about what role she will embrace in the grand scheme of things. 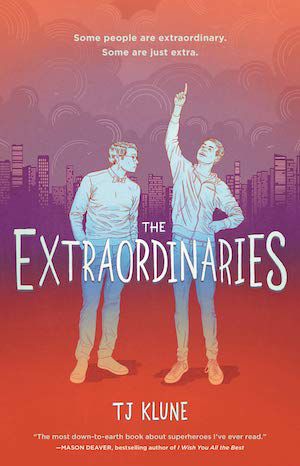 The Extraordinaries by TJ Klune

Unlike Older’s and Schwab’s books, The Extraordinaries is TJ Klune’s first foray into YA literature. If you’ve read Klune’s most recent works of adult fiction, The House in the Cerulean Sea and Under the Whispering Door, you’re familiar with Klune’s inventive premises. The Extraordinaries trilogy follows Nick Bell, an ordinary fan fiction writer in Nova City. What’s so special about Nova City? Well, there are extraordinary people running around…as in, literal superheroes. And then there’s Nick, with his fantastic and hilarious group of friends — who are pretty extraordinary in their own wonderful ways. These books are thoroughly enjoyable, and there’s a bonus: The other two books in the series, Flash Fire and Heat Wave, were released in July of this year, so you can read all three right now!

If you’re interested in more MG reads, we’ve got you covered with this list of MG book series. Alternately, this list of books by YA authors with deep backlists will keep you reading for weeks. Finally, almost every reader should be able to find something on this list of fun, feel-good, and empowering MG and YA sci-fi and fantasy books!