Happy Mexican Independence Day, fellow readers! September 16 marks the anniversary of the beginning of the Mexican War of Independence. The war lasted 11 years, but in the end, Mexico finally freed itself from Spanish control. Traditional celebrations include staying up late partying the night before, fireworks, speeches, and parades.

But since we’re all book nerds here, I thought it would be neat to celebrate by discussing some literary Mexicans and Mexican Americans. And since I love me some comic books, let’s kick off this Independence Day by looking at some kickass Mexican superheroes!

Mexicans? In My Comics? It’s Less Likely Than You Think

Historically, Mexicans—and Latinos in general—didn’t often show up in American comic books. When we did, it was usually as villains, and very silly ones at that. Like Pancho and Pepita from the world’s worst Wonder Woman comic, or this weirdo calling himself “the Parrot.” 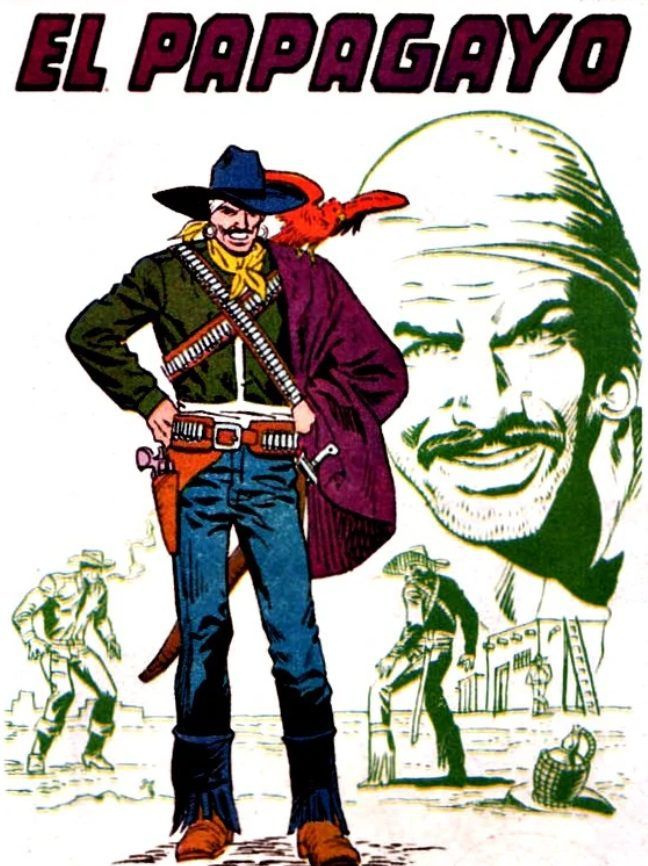 You will be unsurprised to learn that Jonah Hex murdered him some years back.

Once in a while, a Latino would get to be a Victim of Racism so that the white heroes could save us, pat themselves on the back for being Enlightened and Good, and then go back to ignoring their girlfriends and beating up Asian communists and South American natives. 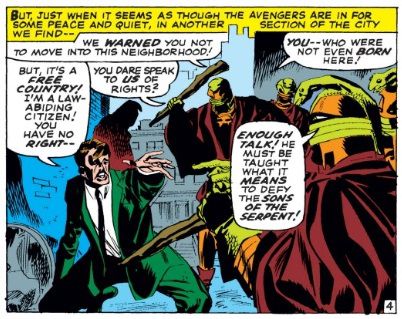 The dearth of Mexican superheroes is especially odd considering that superheroes as we know them wouldn’t exist without a Mexican: Diego de la Vega, better known as Zorro. Debuting in 1919 in a pulp magazine, Zorro roamed California back when it was still part of Mexico, protecting the poor from the corrupt upper classes. He is the acknowledged inspiration for the superhero archetype, most notably Batman, to the point where the movie that Bruce Wayne’s parents took him to see just before they were shot is often stated to be The Mark of Zorro.

Zorro has starred in oodles of comics over the years, but Mexican and Mexican American superheroes have remained scarce. Aside from Zorro, the earliest example of a Mexican comic book hero I could find is Emilio Diaz, a gunslinger who served as a supporting character in the obscure 1950s series Texas Kid. I’m sure others must have cropped up from time to time, but if you opened a comic expecting to see a Mexican in a cape and cowl flying through the air, you were out of luck.

Happily, things are changing now. In the past couple of decades, Mexican and Mexican American superheroes have…well, “proliferated” is a strong word. But there’s a lot more than there used to be. Here are some right now.

Jaime Reyes is not the first Blue Beetle, but he stands in no one’s shadow. After fusing with an alien scarab he found near his El Paso home, Jaime gained access to advanced technology and a heckin’ cool flying suit. He is probably the most famous Mexican American hero in comics today, thanks not only to a stellar introductory run but also to his appearances in other media, like the cartoons Batman: The Brave and the Bold and Young Justice. 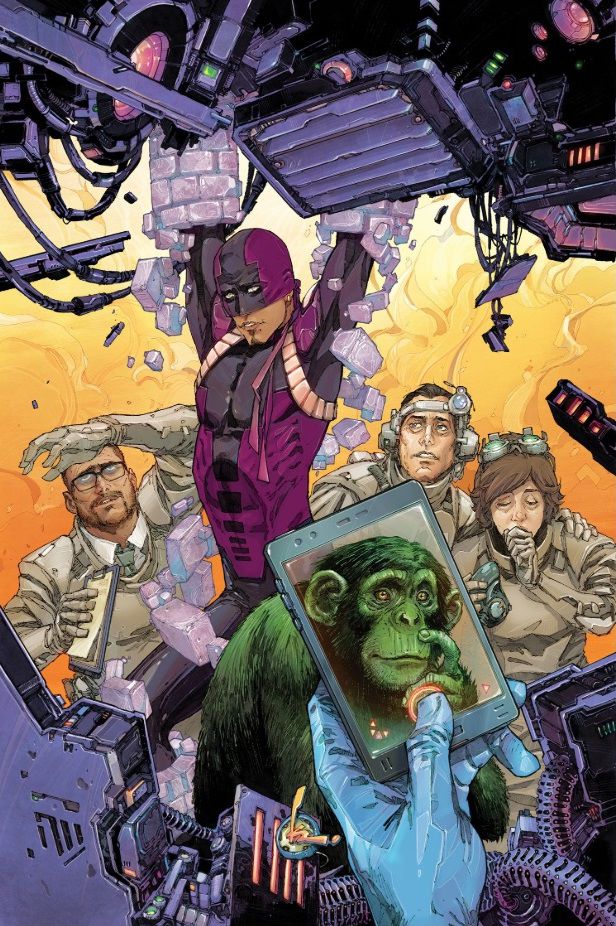 A cheerful small-town boy, Miguel Jose Barragan joined the Teen Titans in 2011 as Bunker. He has the ability to make bricks out of purple energy. (So, yes, he could build a wall if he wanted to, but he prefers building giant gloves to punch the sort of people who would suggest he build walls.) He’s also openly gay and has a boyfriend named Gabriel. Unfortunately, DC hasn’t seen fit to do much with this character lately.

Jessica Cruz developed anxiety and PTSD after watching mobsters kill her friends, but after some kindly words from Batman (not a typo), she conquered her fears enough to join the Green Lantern Corps. She still struggles with mental illness, but that doesn’t make her any less of a hero! Jessica has also made the leap to other media as a character in the DC Super Hero Girls franchise.

Kyle launched a new era in Green Lantern history, taking up the name and ring after his most famous predecessor, Hal Jordan, was possessed by a space bug and murdered the rest of the Corps. Thanks to the endless retconning endemic to superhero comics, Kyle is (or was at some point) Mexican American. His father, Gabriel Vasquez, took the name Aaron Rayner as part of his undercover work with the CIA. I don’t know if DC has acknowledged this since then or if it’s been retconned out, but you know what? Too bad. Kyle is ours now. 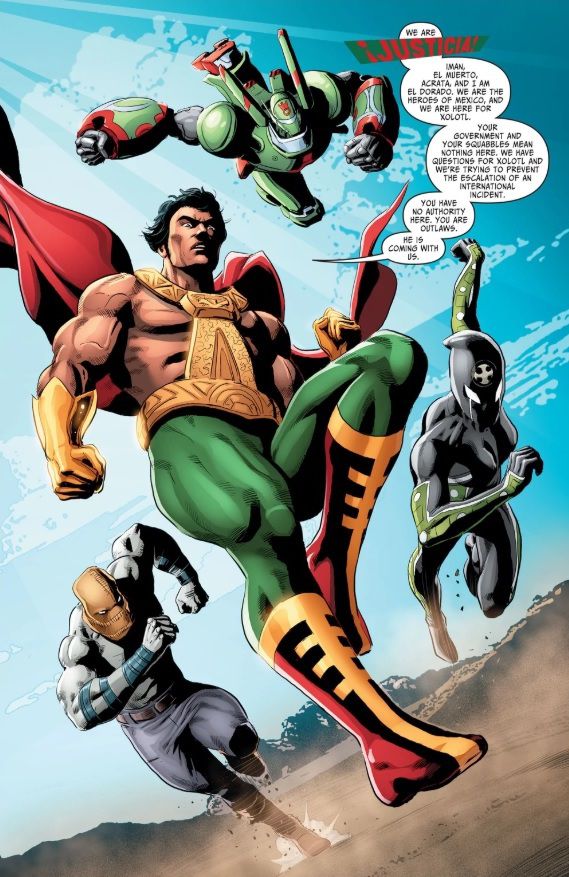 As far as I can tell, this group of Mexico-based crime-fighters has only shown up in two issues of Suicide Squad Most Wanted in 2017. But honestly, I think the world could use some more Mexican heroes right now, so I hope DC makes use of these characters (as something other than cannon fodder, for preference) sometime soon.

Humberto Lopez is an ascended fanboy who can give himself dinosaur body parts (Raptor claws! Tyrannosaurus tail!), which is objectively the coolest power ever. Reptil first rose to prominence as a regular on the shamefully underrated cartoon, The Super Hero Squad Show.

After developing the mutant ability to create earthquakes, Julio Esteban Richter started palling around with various X-teams. (There are so many X-teams.) It was during his time on X-Force that he met Shatterstar, with whom he embarked on a long-term relationship. 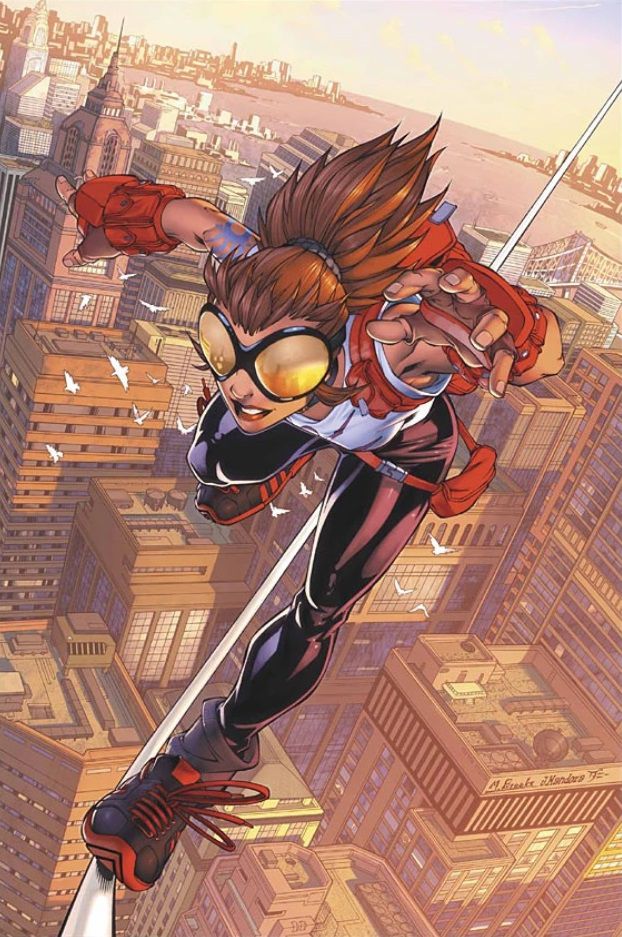 Also called Araña (“Spider”), Anya Corazon emigrated from Mexico to the U.S. as a child. She then gained spider powers and joined a secret society. She even starred in her own comic book series, Araña: The Heart of the Spider, in 2005. Later, Anya lost those spider powers, gained new ones, and now hangs out with some of the biggest names in Marvel, including S.H.I.E.L.D., Ms. Marvel, and her fellow Spider-people. Truly she is living the American dream.

On Earth-928, set in the not-so-far future, the world fell violently apart and is now controlled by corporations and oligarchs. (Insert your own joke here. I trust you.) In the year 2099, new heroes emerged to battle these evils. Among these heroes is Miguel O’Hara, a brilliant scientist who, despite villainous interference, gives himself spider powers and becomes the new Spider-Man. As one does.

Yolanda Montez is the goddaughter of Ted Grant, a boxer who is also the hero Wildcat. When Ted suffered a catastrophic injury in battle, Yolanda took his name and costume to keep his legacy alive. She was killed by a villain named Eclipso in 1993, but after the 2011 New 52 reboot, she returned as the Avatar of the Red, able to tap into the force that connects all animal life.

If you keep up with American news (which I heartily do not recommend), you’ll often see Mexicans and Mexican Americans pigeonholed into the same roles that those old comics put us in: victims and villains. You may “know” that it’s more complicated than that, but how often do you see that reality portrayed on your screen or in the pages of your books?

And that’s why I put this list together. Being Mexican American is kinda hard right now, and I’m clinging to every life preserver of positivity I can find. Mexican superheroes are one. Good representation can’t fix everything, but it’s something, and sometimes something is all you need to get through the day.

This year, as Mexicans at home and abroad celebrate our independence, remember that we are more than just villains or victims or even heroes: we’re humans, too. And as humans, we love stories—and seeing ourselves in stories—as much as anyone else. So to my fellow Mexican Americans, I hope you enjoy the stories mentioned here. To everyone else, enjoy the stories, and remember what they mean to us. Be thoughtful. Be kind. Be a life preserver.