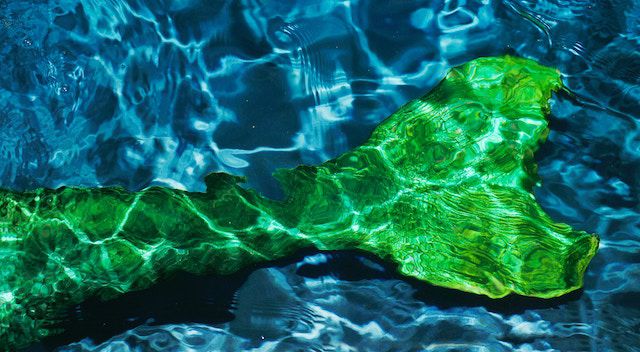 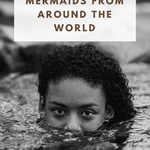 With Disney’s live action version of their animated classic The Little Mermaid in the works, I’ve been thinking about all the wonderful mermaids from around the world in mythology and folklore. Disney’s film is based on the literary fairytale “Little Mermaid” by Hans Christian Andersen. It’s a disturbing morality tale about sin and earning a soul, and Disney’s version resembles its bare bones, with many cuts. In most folklore, merfolk are not anything like the cheery, benevolent but sassy sweetheart Ariel, but rather malevolent monsters that lure people to their deaths. They do not like humans—or sometimes they like them a little too much. In any case, altercations between merfolk and humans often end in death. This murderous dislike for humanity is clearer in Andersen’s tale but sanitized in Disney’s.

Andersen’s story is not from the oral tradition, but rather a reimagining, a short story, written as a queer love letter. He based his mermaids on European legends of merfolk. But humanoid sea creatures exist in every land with an abundance of water, not only in Europe. Here are a selection of 16 such watery creatures, some malevolent, some divine, some tricksters.

16 Mermaids From Around The World

With the body of a large fish and the shaved head of a Buddhist priest, the giant Hai Ho Shang drags entire boats underwater, drowning all on board. To repel him, burn feathers on deck. If that doesn’t do the trick, you must perform an intricate dance to the beat of a ritual gong. I hope you learned that dance before you left! And don’t forget that gong! 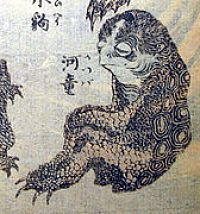 Kappas are green humanoid creatures with webbed hands and feet, turtle shells on their back, and a depression on their head that retains water. If the water runs out, the kappa is severely weakened. They enjoy cucumbers, wrestling humans underwater until they maybe die but totally by accident, right?, and they will sometimes steal a magical organ located in a person’s anus. Eeeeekkkk. They’re both tricksters and healers.

The nāga and nagini appear in many religious stories in Hinduism, Buddhism, and Jainism. I’m sorry to say the first time I’d heard of them was through World of Warcraft! They are divine or semi-divine and live in the underworld. They appear as half-human/half-snake or as human carrying a whole bunch of snakes. Some live in the water, some on land. They are typically benevolent protectors of treasure.

This sea creature was part of the mythology of the Tupi peoples of Brazil during the 16th century. With seal heads, human bodies, and fishtails, they often attack people and eat parts of their bodies. They sometimes kill people by hugging them. Sheesh.

Once a man, after being caught spying on nude women, he was condemned to live out the rest of his days as an alligator with a human head. I’m all for punishing creepy dudes, but maybe a less dangerous animal would’ve been a better choice? Like a slug? Though how creepy would that be. Once a year he rises from the waters and hunts human prey. 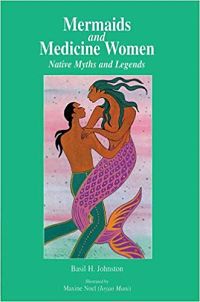 I read several legends about these Indigenous American mermaids in Mermaids and Medicine Women: Native Myths and Legends collected by Basil Johnston. The Anishinaubaek and the mermaids live completely separately, aware of one another but never communicating, except for the few who transgress the boundaries, and their stories never end well, even if a brief love is found. This collection is quite lovely. 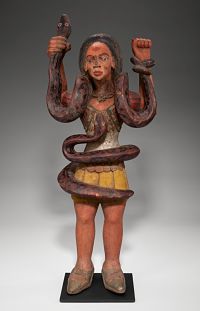 Mami Water refers to many water creatures from African mythology and legend, usually portrayed as a woman but sometimes a man.  Some tales show her bringing people to her underwater home and granting them spiritual enlightenment. In a different tale, a man steals her possessions and she haunts their dreams, demanding the thief returns her possessions and stay sexually faithful to her forever, or else. She can heal according to some stories, but also inflict ailments. In Southern African folklore, she can fly in a tornado. She’s a complex figure from many African societies, and her legends crossed the Atlantic with the onset of slavery.

These water spirits serve as messengers between humans and the gods. They’re beautiful with fishtails and long, wild hair. They’re healers, and their folklore is often related to Mami Water stories. The Duala and Bakweri people worship her in cults.

The origins of the Lorelei folktale are more literary than the others on this list. Lorelei is the name of a steep rock on the banks of the Rhine in Germany. In 1801, German author Clemens Brentano wrote a poem inspired by the rock’s name, about a woman named Lore Lay who is accused of killing men after she’s jilted by a lover. A bishop condemns her to a nunnery, and on the way there, she climbs the rock and, thinking she sees her lover, falls to her death. A couple of decades later, in 1824, Heinrich Heine wrote a more popular poem, which depicts a beautiful and singing Lorelei sitting on the rock and distracting men traveling along the Rhine to their deaths. 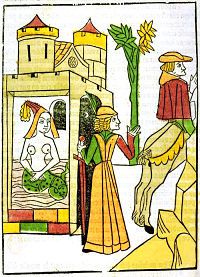 Illustration from The Book of Melusine by Jean d’Arras, 1478

Living in freshwater, Melusine is portrayed with a fish or serpent tail and often has wings. Many European royal families claimed to be descended from her, such as the Lusignan royal house. In one literary tale, Melusine is the daughter of the fairy Pressyne and King Elinas of Scotland. She agrees to marry a nobleman as long as he never looks at her while she’s taking a bath. But of course he breaks his oath. In a German tale, her song attracts a shepherd, who kisses her three times. Each day he visits her she turns more serpentine until he’s too afraid to come anymore. He instead decides to marry a village girl, but at their wedding, Melusine poisons the food with her snake tail, and they all die.

“Scylla’s no mortal, she’s an immortal devastation.” —The Odyssey by Homer

In Greek mythology, Scylla is a legendary fish-tailed woman who torments seafarers along with her monstrous counterpart Charybdis. She first appears in Homer’s The Odyssey, where she devours six men from Odysseus’s ship: “…they writhed gasping as Scylla swung them up her cliff and there at her cavern’s mouth she bolted them down raw.” Yum! Ovid blames her monstrous form on Circe in The Metamorphoses, saying Circe cursed Scylla when a man preferred her over Circe. Her story is also retold in the poem Endymion by John Keats, as well as in James Joyce’s Ulysses.

Selkies are seals that turn into people. In the most well-known selkie story, a man happens upon a group of women sunbathing, with seal skins nearby. He scares them and the women flee, grabbing their sealskins before leaping into the water. But he steals one sealskin, leaving one woman unable to transform back into her seal form. He marries her, they have children, and when one of the children finds the sealskin and gives it to her unknowingly, she escapes back into the sea. It’s a lovely and disturbing story, but there are also so many more selkie stories. Selkies save drowning fishermen, or drown them; they lure men down into their underwater selkie villages and they never return, or sometimes they do; they bring fish to the starving. In older folktales, they’re just as likely to be men as women. Check out The People of the Sea for more selkie tales. I also recommend watching “Song of the Sea,” a very sweet animated selkie film. 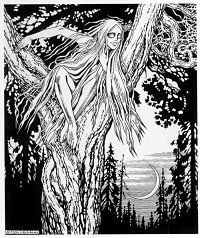 In Slavic countries, the beautiful rusalka lurk in lakes and ponds, watching for handsome young men to drown. Or they’re benevolent fertility goddesses. Or they’re women who drowned themselves to escape abusive relationships. Their stories vary quite a bit. Sometimes, rusalka tickle their victims to death. They’re usually depicted as young and beautiful with very long hair, all the better to drown men with. 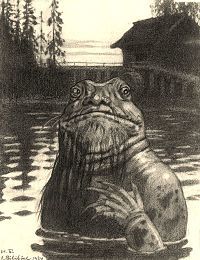 Vodyanoi appear as old men with fish faces, algae covering their naked bodies, and slimy beards. They sometimes drown unwary anglers, or capture them and force them to serve as slaves in their underwater lairs. They store human souls in teapots. I guess they don’t like tea? To stay on their good side, put a pinch of tobacco in the water.

The muldjewangk hide in seaweed in the Murray River of South Australia. Aboriginal parents warned their children not to play too close to the waters at night, or else the muldjewangk might gobble them up. Oh, the folklore of parental lies.

Adaro are malevolent merfolk who shoot at humans with flying fish. They have a shark’s dorsal fin, tail fins for feet, and gills behind their ears. If you see one, duck. You don’t want that flying fish to hit you in the face.

Many of these descriptions come from a combination of The Atlas of Monsters by Sandra Lawrence and Stuart Hill, as well as an old used bookstore find called Folklore of the Sea by Horace Beck. If you’re looking for fiction, check out these 10 black princess books to celebrate Halle Bailey as Ariel, and here are some mermaid books for kids.